What has happened to the Philippines' climate funding?

At least US$20 million a year is available for Philippine municipalities to help people deal with the effects of climate change. So why are vulnerable communities not getting access to this money?

In November 2013, Chan was counted among the survivors of super typhoon Yolanda, the world’s strongest landfalling tropical cyclone and the Philippines’ deadliest typhoon on record.

Yolanda killed over 6,000 people in the Philippines alone, caused many more to lose their homes, and consumed about 5 per cent of the country’s economy. By January 2014, thousands of families in Tacloban City, Chan’s hometown and the hardest hit part of the archipelago, were still missing relatives feared to have been swallowed by the sea at the height of Yolanda’s fury. Many of them were never found.

It was his traumatic personal experience of Yolanda’s destruction that made Chan visibly emotional when former US vice president turned climate activist Al Gore interviewed him in the recently released documentary, Inconvenient Sequel: Truth To Power.

“Grappling with the reality of Yolanda, I worried about what would happen next. The future seemed hopeless,” Chan told Eco-Business in an interview.

But just as the film showcased Gore’s unrelenting fight against the climate crisis, Chan resolved to replace despair with hope.

After Yolanda, government officials were divided between those prioritising climate mitigation and adaptation measures and those thinking about business opportunities arising from the disaster.

In 2016, Chan joined the Philippine corps of Gore’s The Climate Reality Project, an international non-profit that trains people around the world to become climate reality leaders in their own countries.

He would later return to Tacloban to engage and mobilise grassroots communities to take climate action.

“Now, as a climate reality leader, one of my objectives is to share information on how can we mitigate climate change and adapt to its effects,” he said. 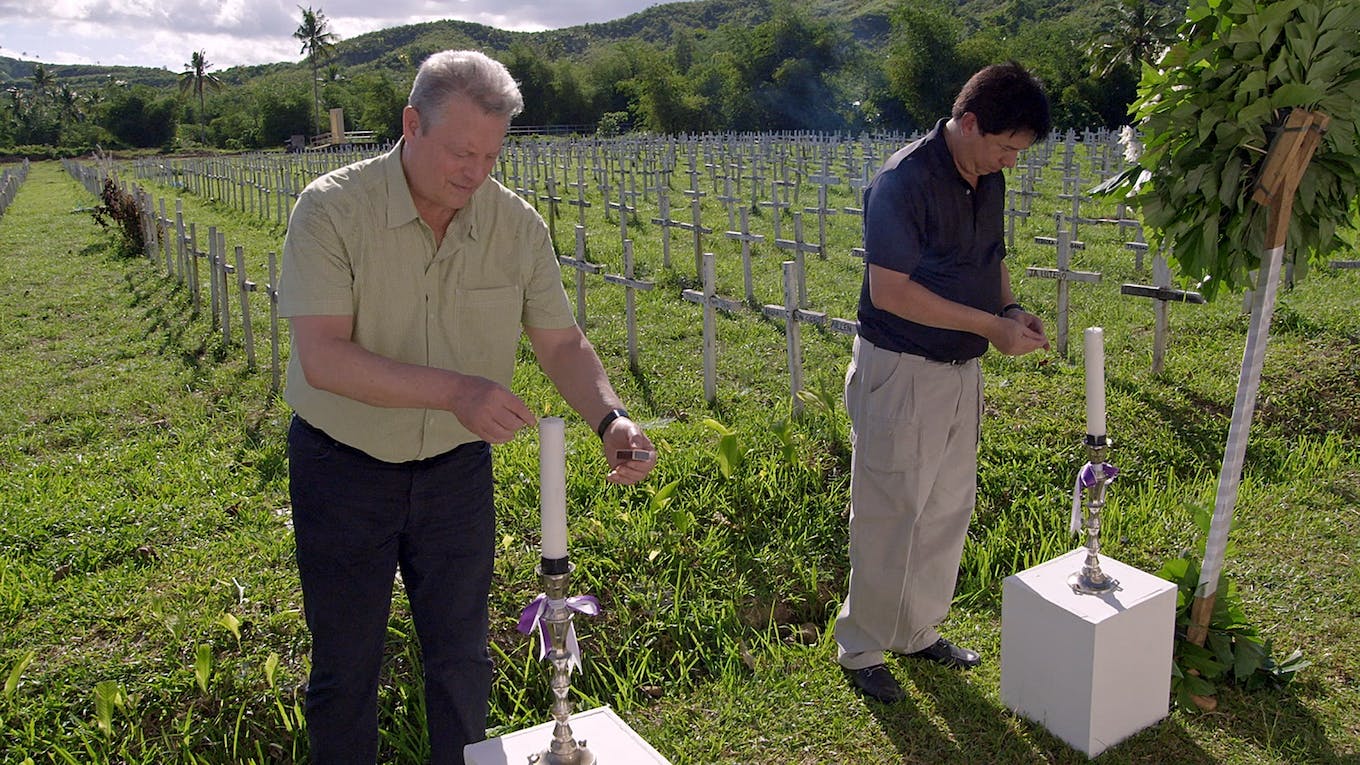 Chan does this by trying to persuade businesses and local government officials to make investing in renewable energy and planting more mangroves, priorities for Tacloban. But business owners and government officials have been slow to take notice, he said, despite the city being highly vulnerable to climate change impacts.

In May, leaders from 13 barangays—or villages, the smallest administrative organisation within a municipality—in Tacloban joined a capacity building initiative under the Climate Change Commission (CCC). The aim was to build their skills in addressing coastal protection, food security, sustainable livelihood, and environmental management.

But Chan said the local government has yet to translate this into concrete action.

NGOs and academic institutions, on the other hand, have moved quicker in the wake of Yolanda, he noted. One NGO conducted seminars for local leaders on waste segregation to avoid clogging drainage systems and to prevent flooding in the city.

“People in government think about politics first before taking action,” Chan lamented. After Yolanda, government officials were divided between those “prioritising climate mitigation and adaptation measures and those thinking about business opportunities arising from the disaster.”

Municipalities miss out on adaptation funding

The lack of climate action at a municipal level is frustrating, particularly since the government has allocated at least P1 billion (US$19.6 million) a year in climate change adaptation funding.

The People’s Survival Fund (PSF), created after the passing of the Republic Act 10174 in 2012, is an annual budget for municipalities and accredited local community organisations to implement climate change adaptation projects including water and land management, agriculture and fisheries, and health for highly vulnerable and poor municipalities in the archipelago.

The fund is also intended to serve as a guarantee for risk insurance for farmers, agricultural workers and other stakeholders.

While it has been in existence for five years, only four municipalities have accessed the PSF so far. Unfortunately, Tacloban City is not one of them.

You don’t need to experience this kind of calamity yourself to realise that climate change is real.

Kairos dela Cruz, associate for climate policy at non-profit Institute for Climate and Sustainable Cities (ICSC), was one of those who lobbied for the passage into law of the PSF.

Today, as the NGO representative to the PSF board, dela Cruz said that ICSC is working with other NGOs and local governments to increase uptake of the fund.

ICSC trains local leaders to write project proposals, understand and fulfil the technical requirements, and then process their applications.

A lack of understanding and awareness of the PSF, as well as attempts to exploit it, are just some reasons municipalities and barangays in the country are hindered access to it, dela Cruz noted. 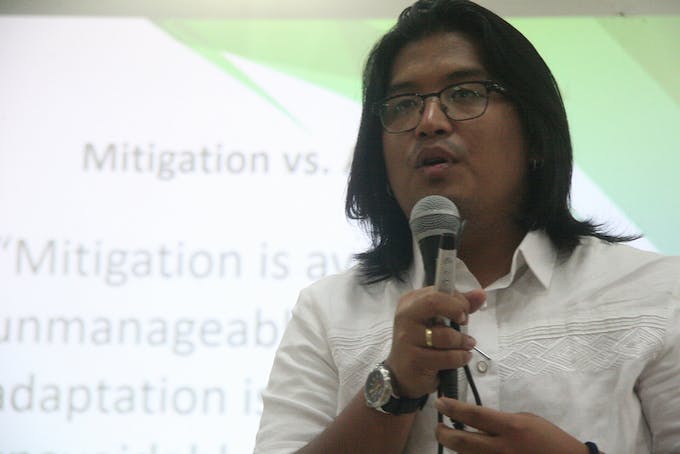 Among those who seek to exploit the fund are private groups that offer to write a Local Climate Change Action Plan (LCCAP) for local governments at huge fees, while dangling the idea that this will get them PSF approval. But actually, LCCAP is not a requirement of the PSF.

To stop this, ICSC is helping the CCC to create a module on project proposal application to access the PSF. “The module will see to it that there is no misinformation. Everything that the local government needs to know about the PSF and how to write proposals to access it is already there,” dela Cruz said.

What happens to the fund if it is not claimed?

When it was signed into law in 2012, the PSF was conditionally approved a budget of P500 million—around US$10 million— for three consecutive years: 2012, 2013, and 2014. But as conditions for the release of the budget were not achieved, the actual funds were not allocated to the PSF. The PSF received one billion each year in 2015 and 2016. However no local government accessed the funds and so the budget remained untouched.

In other words, the fund has been effectively dormant.

This year, both Congress and Senate decided not to allocate additional funding to the PSF during the national budget formulation to allow the PSF board to disburse existing funds first. At its latest meeting on August 11, the board announced that the funds will be earmarked to the four local governments whose proposals were approved this year and to nine other proposals under consideration.

While Tacloban City has yet to access funds needed to boost local climate adaptation projects, residents like Chan continue their work of raising awareness of the dangers of climate change.

“You don’t need to experience this kind of calamity yourself to realise that climate change is real. You just need to listen to people who have experienced it, learn from them and then take action,” he said.