Energy efficiency and responsible investment go hand-in-hand to lighten a city's environmental footprint and slow climate change. But consumers must bridge the gap between design and implementation, said experts at a recent forum in Singapore.

Every minute, another 10,000 square metres of the world becomes urbanised. That’s enough roads laid, concrete poured, and buildings raised to make up a new Paris every five days, and an entire new Japan every year.

That is why the role of cities, which consume over two-thirds of the world’s global energy and account for more than 70 per cent of global carbon dioxide emissions , is critical in any attempt to slow climate change.

The tools to tackle urban emissions are already widely and cheaply available, said Soren Kvorning, the president Asia Pacific of engineering company Danfoss at a forum on sustainable cities in Singapore last week, which drew some 200 participants.

“The technologies…are easy to apply, and they are capital-light investments,” he pointed out. “By optimising the [energy] control systems in our buildings, we can save up to 30 per cent of the current energy consumption with a payback of two to four years.”

When it comes to climate change, the fact is that the longer humanity waits, the higher the cost.

Unfortunately, said speakers at the forum Tomorrow’s cities: Engineering the energy transition, social behaviour is one of the top barriers to implementing energy efficient solutions.

“We are as badly behaved today as we were 20 years ago,” she told participants at a breakout session on retrofitting buildings. “We still leave the door and windows open when the air conditioning is on. When the temperature is 22 degrees Celsius and we’re uncomfortable, we’d rather put on a winter jacket than tell facility management to change the settings.”

This inertia is problematic because consumer pressure drives change. Improvements to buildings, for instance, are demand-driven, said Ang Kian Seng, group director of the Building and Construction Authority’s environmental sustainability group, and if users do not request better technology, operators and owners are unlikely to introduce it.

“Only when these people are aware of the importance of climate change and energy efficiency will the industry be in a better position to respond,” he pointed out.

Do we need incentives for climate action?

He added that in his experience, a large number of companies do in fact carry out green projects, but frequently are unaware that the project is eligible for green finance and the accompanying incentives.

But the question of why incentives for sustainability are even necessary came up multiple times during the forum. Speakers pointed out that sustainability should be viewed with the same urgency as major international political issues. 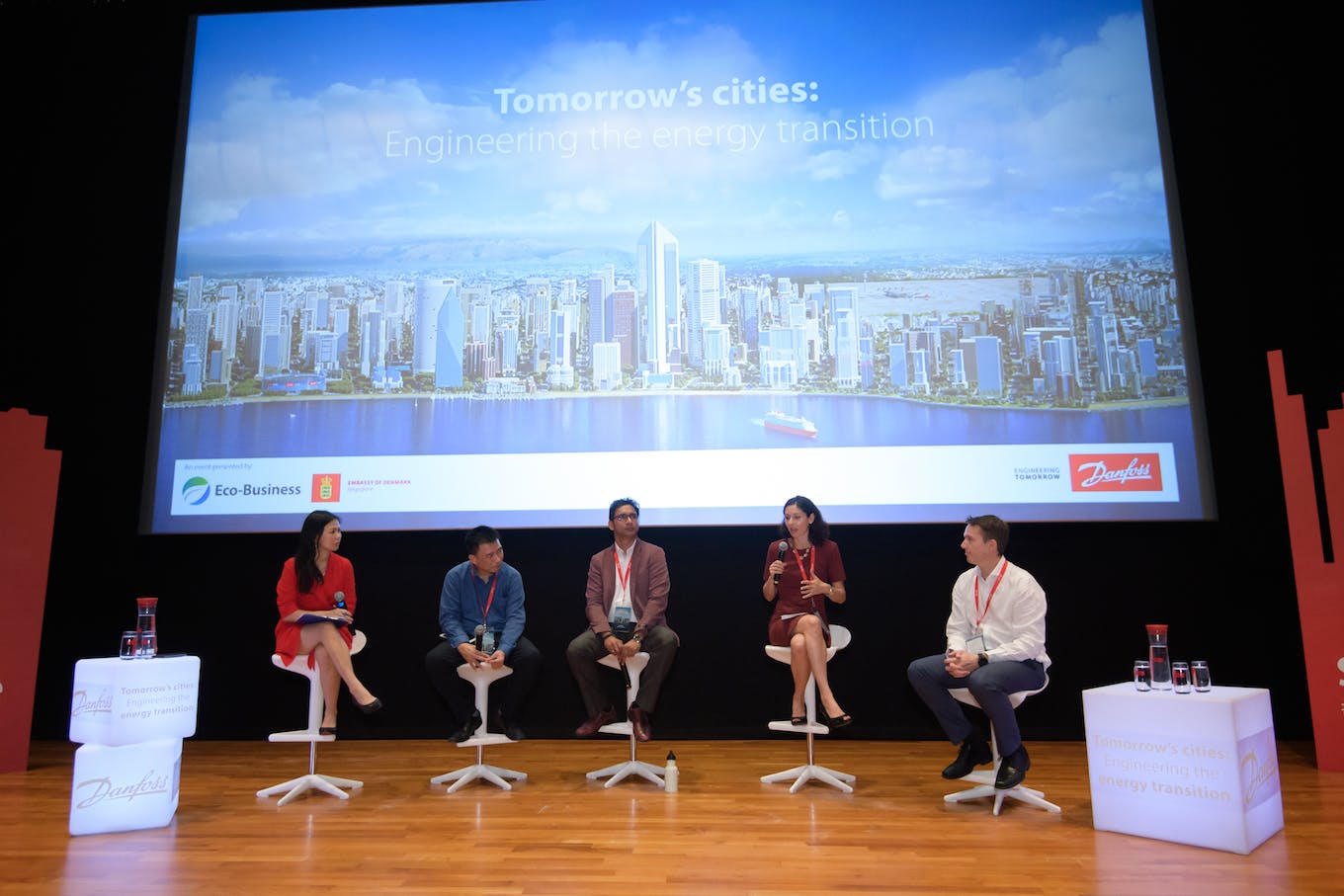 “Why is climate and energy not seen as a similar existential threat that demands that kind of radical collaboration?” she asked on the opening panel discussion at the forum. “You can create the collaboration by creating the space, the time, and the financing. But I think the dialogue also has to change in terms of what is urgent and what is possible.”

The need for urgent action is not understated. In its 2018 special report, the Intergovernmental Panel on Climate Change projects that global temperatures will increase by 1.5 degrees Celsius within slightly more than a decade. This increase will negatively impact ecosystems, weather systems, and the general liveability of much of the world.

“If we are truly going to fall off the cliff in 12 years, it doesn’t matter what happens in year 13 – because we won’t be around,” said Sanjay Kuttan, executive director of the Singapore Maritime Institute.

“We should be doing the right thing regardless of the incentives. Every consumer needs to decide if [climate change] is truly an existential issue,” he added.

“When it comes to climate change, the fact is that the longer humanity waits, the higher the cost,” said Danfoss’ Kvorning. “We need you—us—to start future-proofing our cities with our daily decisions,” he said.

Rethinking cooling in a warming world

[The EB Podcast] In the fourth episode of the series Tomorrow’s cities: Engineering the energy transition, we explore the potential for low-carbon cooling as Southeast Asia gets richer and hotter.
Rethinking cooling in a warming world

Do mariners dream of electric ships?

[The EB Podcast] In the third episode of the series Tomorrow’s cities: Engineering the energy transition, we explore how the shipping industry is charting a course to a low-carbon future.
Do mariners dream of electric ships?

How do we build zero carbon cities?

How can cold chain secure the future of food?