The innovation that will save our cities

Cities are getting more crowded, polluted and unsustainable—how can society turn this around? Speakers at the launch of The Liveability Challenge last month were unanimous in their answer: innovation.

Houses that generate more energy than they use, farming in the unused nooks and crannies of urban spaces, and wall coatings that literally suck water out of the air to make rooms cooler and less humid—although they may sound like scenes from the future, these solutions are already a reality in Singapore.

Innovation for sustainability took centre stage last month at the launch of The Liveability Challenge, a global call for game-changing solutions to urban issues of waste management and cooling, where a line-up of speakers presented their ideas to make cities more liveable.

The audience of 100 sustainability professionals, government representatives and civil society leaders were gathered at Bar Rouge on the 71st floor of Swissôtel The Stamford. Pointing to the birds eye view of Singapore, Eco-Business managing director and event emcee, Jessica Cheam, said that the world is experiencing unprecedented change and growth, and cities were on the forefront of this.

“The skyline is a sobering reminder of the challenge ahead of us: how do we provide decent jobs, a good quality of living for citizens, and look after our environment even as we pursure growth and accommodate growing populations in the face of climate change and dwindling natural resources?” she asked. 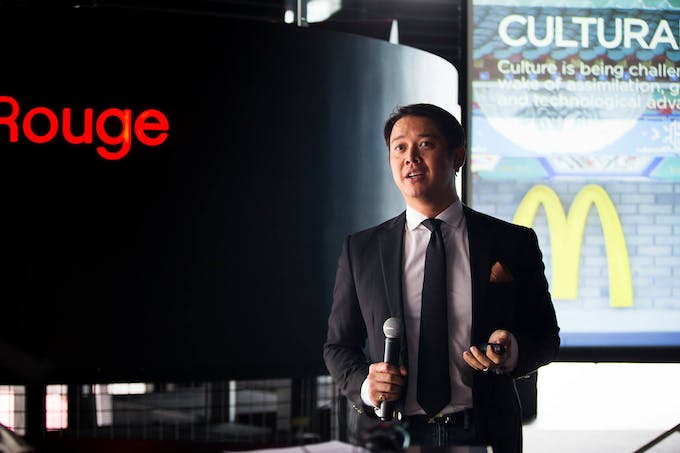 Jason Pomeroy gives his presentation on the various principles of sustainability. Image: Eco-Business

For instance, spatial considerations are increasingly important in the face of rapid urbanisation. While the global population density today is 51 people for every square kilometre in the world, this is expected to increase to 66 people by 2050. Urban planners could start thinking about alternatives ways to grow cities, he said, pointing to the floating houses in the Ijburg project in the Netherlands as a creative example of living on water.

Pomeroy also emphasised the need for alternative energy generation strategies, pointing out that the world consumes a staggering 86 million barrels of oil, equivalent to filling five Pyramids of Giza, on a daily basis.

That is why his architecture firm, Pomeroy Studio, designed and built the B House, a carbon-negative house in Singapore that generates more energy than it consumes. 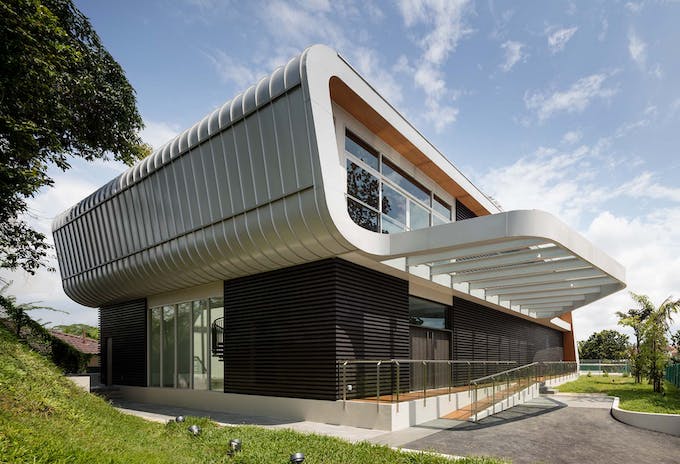 The B House by Pomeroy Studio

Explaining how sustainable design is possible, Pomeroy elaborated: “We have become so obsessed by technology, but I argue that we should use technology sparingly while embracing new, disruptive ideas…We should try to embrace passive design principles, and introduce natural lighting and natural ventilation to reduce energy and water consumption.”

Turning a city into a farm

As a small island nation with just 719 square kilometres of land, Singapore faces food security issues. But Darren Ho, a natural resource management and economics graduate, is working to make decentralised, closed-loop farming popular in Singapore through his work as head of farmers at urban farming operation Citizen Farm.

It does this by setting up farms on under-used rooftops, and growing vegetables and mushrooms that are sold to restaurants and consumers. Currently, the farm produces enough to supply to 30 restaurants and 30 families.

But the gamechanger is Citizen Farm’s ongoing project, which Ho called the close loop urban farming unit. “We’re trying to minimise the space used for production,” he explained. Citizen Farm collectively operates 8,000 square metres of space, but the unit, which is to comprise of three storeys and both indoor and outdoor growing spaces, will only take up 800 square metres while providing the same amount of yield. 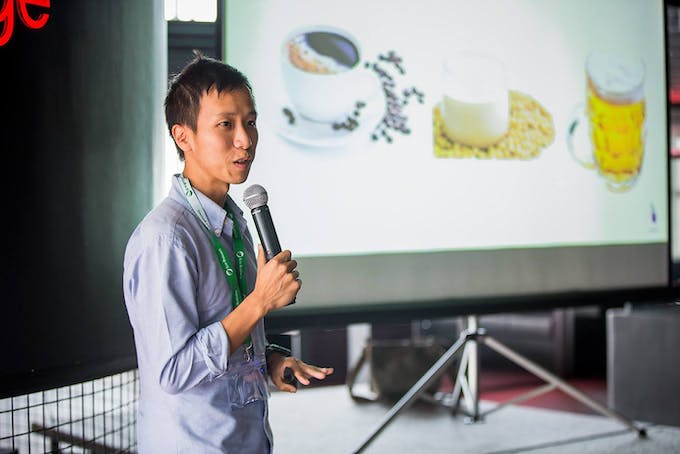 The unit, now under construction with funding from Temasek Foundation Ecosperity, will have room for growing mushrooms and vegetables, and the farming of black soldier flies, which break down food waste into organic matter that can be used as plant fertiliser. The small size of the unit means that it can be stationed in neighbourhoods and towns around Singapore.

“Wherever there’s a hawker centre or wet market that produces food waste, we’ll have a farm there to take in food waste and turn that into produce,” he said.

Humidity, which exists at high levels in the tropics, can make even low temperatures feel warm. In an environment of 32 degrees Celsius with a relative humidity of 80 per cent, the temperature can feel like a stifling 45 degrees Celsius, said Dr Tan Swee Ching, assistant professor at the department of material science and engineering at the National University of Singapore (NUS).

As a result, Singapore is notoriously known as the “air-conditioned nation” for the over-use of cooling systems. However, Tan and his team at NUS have created a coating that is able to suck moisture from the air and break it down, ensuring the continual absorption of water and lower humidity in the immediate environment.

The team plans to use this solution on walls, windows and building structures, and during a recent test the coating was able to lower relative humidity in a small confined space from 80 per cent to 40 per cent in 15 minutes.

With the help of funding from Temasek Foundation Ecosperity, Tan aims to test such technology in Class 2B and 2C wards in local hospitals and school classrooms, which have no air-conditioning. In the long run, the coating could even be used in outdoor spaces such as bus stops or parks, providing pockets of relief from the island’s tropical climate.

The innovations presented by speakers are a step forward to making Singapore, and other cities in tropical environments, more sustainable places to live in with higher standards of living. 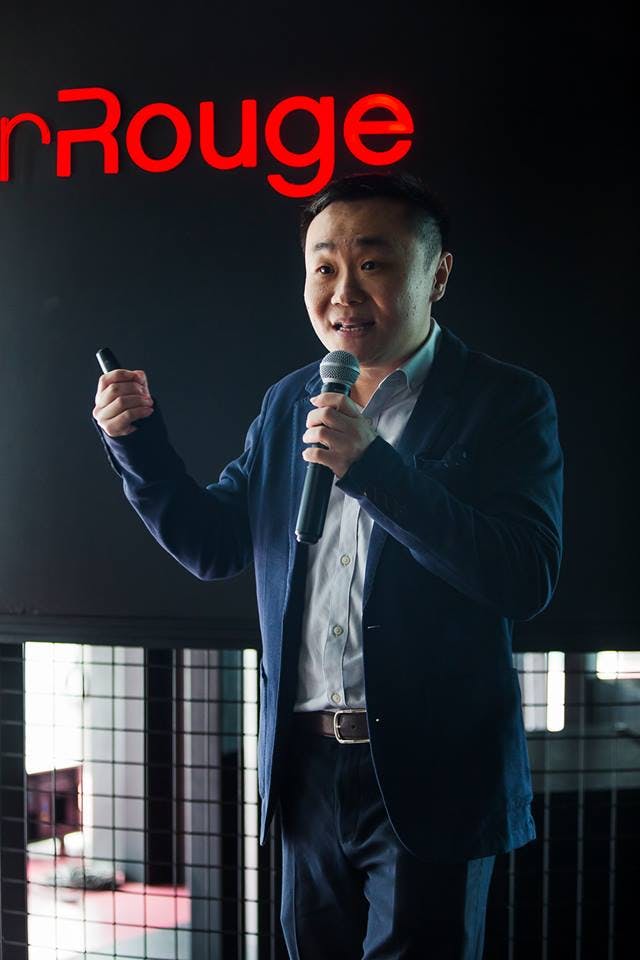 Dr Tan Swee Ching explains how the hygroscopic material his team developed can provide thermal comfort without the use of electricity. Image: Eco-Business

The event closed with the launch of The Liveability Challenge, presented by Temasek Foundation Ecosperity and organised by Eco-Business. “The projects we fund help to make Singapore a sustainable and more liveable city,” said Lim Hock Chuan, chief executive of the foundation, which is the philanthropic arm of Singapore investment firm Temasek. “Singapore is already a very liveable place, but we can improve it further.”

He told the audience that while the foundation’s twice-yearly grant calls cover 11 verticals including water and infectious diseases, The Liveability Challenge is looking for solutions specifically in waste management and cooling.

Innovators with solutions at Technology Readiness Level 6 or above—which means that teams must have proof of value and are ready to produce a demonstrable prototype to be tested in settings similar to its real world application—are invited to submit their projects on the Challenge website by 25 May 2018.

Finalists will have a shot at winning up to S$1 million in funding to continue the development of their projects.