At the sidelines of the recently concluded World Cities Summit 2014, Centre for Liveable Cities head Khoo Teng Chye shared with Eco-Business why policymakers should 'fight productively' and engage in critical thinking to arrive at integrated, sustainable solutions for cities.

As the world hurtles along a development pathway that will see 70 per cent of global population living in cities by 2050, the need for multi-pronged, integrated policymaking was identified as the most viable way to help cities respond to challenges arising from this rapid urbanisation, according to a participant poll conducted at the end of the recently concluded World Cities Summit (WCS) 2014.

More than 100 speakers who shared their insights at the four-day summit identified the use of technology, long-term planning and honest, transparent politics as key responses to the challenges that will accompany the unprecedented speed and scale of rural to urban migration.

Jointly organised by Singapore’s Urban Redevelopment Authority (URA) and Centre for Liveable Cities (CLC), WCS also featured a platform for city mayors and leaders from around the world to share best practices with one another, and a symposium for young city leaders.

Eco-Business interviewed CLC executive director Khoo Teng Chye at the sidelines of the mega-event, about the myriad challenges that rapid urbanisation brings, Singapore’s strategic role in overcoming these challenges, and the best way forward to achieve the much-needed “integrated policymaking” that summit participants called for. 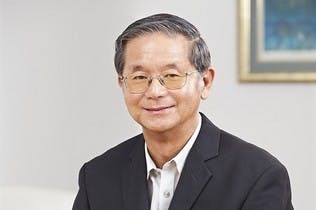 Singapore tends to fare quite well on liveability indexes - for example, it has been called Asia’s most liveable city, and it is third on the Global Liveable Cities Index. However, it has also ranked poorly on indexes relating to cost of living and inequality. How can urban planning efforts help resolve this disparity?

By definition, cities have higher concentrations of people and economic activity, and they tend to attract highly educated, higher-earning individuals as well as low-wage workers seeking a better life.

As a densely populated city lacking land and other natural resources, Singapore is certainly vulnerable to the negative impact of inequality.

Urban planning is important in mitigating the spatial manifestation of inequality in a city. Singapore’s urban planning and housing policy, for example, have had remarkable social consequences. The fact that over 80 per cent of the population live in public housing means that the low to the upper-middle income groups live in the same neighbourhoods. There are no fences or gates, and the recreational spaces are for all. Social cohesion and equity is preserved through everyday interactions and common spaces.

Economic and social inequality can also be reduced by improving the distribution of various amenities, infrastructure and resources, such as public hospitals and schools. When designing new towns, the Housing and Development Board (HDB) includes multiple affordable food options, green spaces or parks, food markets (or traditional wet markets) and supermarkets, and well-maintained libraries open to the public.

The fact that over 80 per centof the population live in public housing means that the low to the upper-middle income groups live in the same neighbourhoods. There are no fences or gates, and the recreational spaces are for all. Social cohesion and equity is preserved through everyday interactions and common spaces.

At the same time, URA allocates zoning categories to situate residential neighbourhoods near to regional malls and light industrial parks. The availability and quality of public transport, pedestrian walkways and bicycle paths provide easy access to employment clusters, seek medical treatment, and purchase goods and services. This in turn can alleviate the lived experience of urban inequity.

Ultimately, governments can no longer view income disparity simply as an economic problem to be addressed by economic agencies. Urban inequality often has spatial causes and manifestations. Hence, land use and urban planning agencies must be part of the policy solution, in collaboration with other public and private stakeholders.

How can the private sector and civil society contribute to public policy and planning efforts in making cities more liveable and sustainable?

Through Public-Private Partnership (PPP) projects, governments and urban solutions providers can partner to develop key infrastructure projects, leveraging on the latest technologies and developing sustainable solutions for city living. While the private sector implements these projects, the government must maintain oversight and play a larger regulatory role to ensure their success.

In addition, technology applications, such as mobile phone apps, can go a long way to engage citizens in the planning and development of their cities. Public engagement is growing in importance and impact as residents demand to have more say in shaping their city.

Engagement during policy formulation is necessary so that initiatives can be implemented successfully and development projects will meet residents’ needs better.

While there will periodically be disagreements over specific policy decisions, these need not discourage us from seeking other areas for engagement. For example, while some in civil society were unhappy with the decision to build a road through the Bukit Brown Cemetery (an old cemetery located in central Singapore, which houses rich biodiversity as well as historically important graves), government and civil society – sometimes the same groups – are engaging each other effectively in other areas, such as the Rail Corridor (a 24-kilometre corridor of land stretching across Singapore, which was recently freed up due to the closure of the Malaysian railway station in the city centre. The community made a strong call for the land to be preserved as a ‘green corridor‘) or, more recently, over Pulau Ubin (a rustic offshore island that is currently the subject of a public consultation exercise on preserving the island’s natural and cultural heritage).

Going through the difficult process of understanding each side quite deeply, sometimes through serious debate, before coming to a sound decision is an important part of learning how to integrate urban planning, water and environmental solutions. This is why WCS, SIWW and CESS are being held together.

The theme for WCS 2014 is “Liveable and Sustainable Cities: Common Challenges, Shared Solutions”. Cities worldwide vary so widely in terms of population, size and access to resources; what challenges does this pose to developing solutions? What opportunities does this diversity present?

Every city is different in scale, history and context. No one city is a model city, and there is no one-size-fits-all solution. However, cities in the same region, or which are at the same stage of development have much to learn from one another, as well as from cities that have gone through that development stage.

In fact, I would suggest it is quite difficult for a participating mayor to not learn something useful from such an event.

The World Cities Summit is co-located with the Singapore International Water Week and the CleanEnviro Summit Singapore, because of synergies between urban planning, water, and environmental solutions. While these synergies are very intuitive to recognise at a policy level, what challenges do cities face in translating this holistic perspective into practical solutions on the ground?

That is a good question, and one that CLC had studied as part of our research. Based initially on our research into Singapore’s development experience, we have identified integrated master planning and development, as well as dynamic urban governance, as the key fundamentals behind becoming a more liveable and sustainable city.

Let me highlight one of the principles of integrated master planning and development, which we call ‘fight productively’. We sometimes think co-ordination and collaboration should ideally be smooth, but in reality, some of the friction from different agencies colliding is desirable.

Former Singapore Deputy Prime Minister Goh Keng Swee was known to create fights to encourage more critical thinking, such as in the debate on whether to have a Mass Rapid Transit (MRT) system.

Going through the difficult process of understanding each side - sometimes through serious debate - before coming to a sound decision is an important part of learning how to integrate urban planning, water and environmental solutions.

This is why the fact that WCS, SIWW and CESS are being held together is so valuable. It brings such a diversity of leaders and experts, which so much depth of experience, together in one place and with a shared desire for mutually beneficial exchanges.

What is the strategic significance of an event like WCS (and its two collocated events) to urban development around the world? How does it help shape Singapore’s position in the global urban landscape?

For Singapore, the city-state is well placed to lead the discourse on integrated urban solutions. Given our small size and limited resources, Singapore has always adopted a whole of government approach to urban planning and sustainability issues. We have had a unique and successful experience in urban development, especially our high-liveability-and-high-density model, which is relevant to the growing number of urban centres.

Singapore and Singapore-based companies are also urban solutions providers for the region and world. Many companies use Singapore as a base to export their urban solutions, for example water firm Hyflux, urban developer Surbana, commercial real estate provider Ascendas and energy and water solutions firm SembCorp.

Universities are also setting up research institutes here to build knowledge in this area, for example, the Lee Kuan Yew Centre for Innovative Cities in the Singapore University of Technology and Design, the Future Cities Lab set up by ETH Zurich, and MIT. Together with private corporate laboratories like GE and Siemens, Singapore has become a strong and well-connected hub for urban solutions.

How to promote cycling culture in hot and humid Singapore: study

A joint study by Singapore planners and Danish architect Jan Gehl shows how even a hot and humid country like Singapore can have a robust cycling and walking culture
How to promote cycling culture in hot and humid Singapore: study

'Glass is half full' for sustainable development in Asia: Experts

Environment ministers and experts at the Clean Enviro Summit Singapore agreed that despite the daunting prospect of explosive urban growth in Asia over the next few decades, there are many opportunities to chart a sustainable path ahead.
'Glass is half full' for sustainable development in Asia: Experts

Policymakers and technology experts at the World Cities Summit 2014 agreed that while technology is a powerful tool to help improve urban infrastructure, citizen engagement is essential to make cities truly sustainable and liveable.
Making cities smarter through citizen engagement