An MP's idea to ban single-use plastic in the public sector and tax plastic bags was met with a familiar response from the Ministry of Environment and Water Resources—plastic pollution will be tackled through public education not policy.

Singapore’s environment ministry has pushed back against a proposal from a member of parliament to curb the use of single-use plastic and introduce a charge for carrier bags.

In parliament on Monday, MP Louis Ng called on the government to do more to tackle the city-state’s chronic plastic over-use problem and move “towards a plastic-lite Singapore” by banning single-use plastic in the public sector, and putting a charge on carrier bags to address what he described as “an urgent public safety issue”. 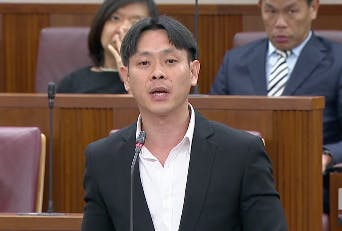 Ng said Singapore’s approach to tackling plastic waste—to burn it in incinerators—addresses the symptoms of the problem and not the root of it, and the government needed to do more to “cut plastic waste by cutting plastic use.”

In response, the Ministry of Environment and Water Resources’ (MEWR) Senior Minister of State Dr Amy Khor said that “quick fixes” such as plastic bag charges may not work, and the government was taking a “long-term, holistic” approach to tackle excessive plastic consumption by building “a national consciousness to care for the environment.”

Singapore has resisted repeated calls by green groups to introduce legislation to tackle plastic pollution, as have other countries in the region such as Malaysia, China and India, but Khor said “it is never our practice in policymaking to simply follow what other countries have done.”

Waste incineration, strict anti-littering laws and litter traps prevent Singapore’s plastic waste from entering the sea, dealing with the root cause and not just the symptoms as Ng suggested, Khor argued.

Putting a price on plastic

Calls from civic society groups to tax plastic bags—which make up one fifth of Singapore’s plastic waste—have long been rejected by the government, retailers and some consumers who argue that Singapore citizens living in high-rise buildings need plastic bags to hygienically dispose of their wet waste down garbage chutes.

Ng proposed a charge only on bags for dry items, leaving a charge for bags for fresh items exempt. Using a reusable bag to carry raw meat or seafood “may be unhygienic,” he said, so plastic bags should be given out for these items, noting that such a system existed in Hong Kong.

Plastic can no longer be seen as just an environmental problem. It is a danger to the health of our ecosystems and to our own health. It is, and must be addressed as, an urgent public safety issue.

He said that Singaporeans were effectively already paying for plastic bags, as the cost of carrier bags incurred by retailers was being passed on to consumers.

The MP, who is founder of animal welfare group Animal Concerns Research & Education Society, said he hoped that MEWR did not respond by leaving it to businesses to decide on a plastic bag charge.

“Some industry players are waiting for the government to take the lead on this issue and mandate the plastic bag charge,” he said.

While the government had taken some measures to address plastic proliferation, such as a mandate for businesses to report on packaging use that will take effect in 2020, and the Singapore Packaging Agreement, which encourages companies to minimise packaging waste, it could and should do more, Ng said.

The government barely mentioned plastic in its three-year Public Sector Sustainability Plan 2017-2020, he said, calling on the public sector to eliminate single-use plastic from catering and events in just under a year’s time, at National Day Parade in August 2019.

Ng added that Singapore will be hosting the 13th East Asia Summit in November, when a regional action plan for combatting marine plastic debris is to be discussed, giving the country the “ability and responsibility to step up our own plastic reduction efforts at home, and call on every member nation to do the same.”

We can succeed. We see growing numbers of businesses and Singaporeans who go the extra mile to care for the environment.

Amy Khor, who acknowledged in her speech that she was repeating arguments she had made before, said that the government’s aim was to encourage consumers and businesses to reduce plastic use “beyond what the regulations require.”

“This process may take longer. But this is the right way; the positive effects will go beyond plastic bags, beyond packaging, beyond waste management to areas including climate action,” she said.

Khor said that MEWR was working on reducing plastic at source by bringing forward a mandate for businesses to report their packaging use by one year, to 2020, and was “studying the feasibility” of an Extended Producer Responsibility (EPR) system for plastics.

EPR, a system that is place in Japan and other countries, gives plastic producers responsibility to collect and recycle the products they put out into the market.

She said Ng’s idea of introducing a selective charge for plastic bags “complicates the system,” making enforcement more difficult. She cited data from Hong Kong that found that the non-compliance rate was one-third to half.

Khor said that even as Singapore tries to reduce consumption it should be recognised that plastics “have their uses”, and pointed to a lifecycle assessment study of plastic bags by the National Environment Agency that concluded that alternatives may not be more environmentally friendly, since Singapore incinerates most of its waste.

She cited other measures the government was taking including the NEA’s support of green group Zero Waste SG’s Bring-Your-Own campaign, to encourage consumers and businesses to reduce their plastic use.

Kim Stengert, chief, strategic communication and external relations for green group World Wide Fund for Nature, commented that it is not “not enough to rely on people to ‘do the right thing’,” and said that urgent global action was needed to cut single-use plastics, and improve recycling infrastructure and product design.

“Businesses need to be held accountable and contribute to solutions. A well-enforced EPR scheme, paired with market-based instruments such as levies and regulations, will help enable a new economy that ensures ‘no plastics in nature’, profitability and the careful management of finite resources,” he said.

Stengert added that clear public commitments would give Singapore the opportunity to take the lead in how modern cities can manage plastics.

The parliament session, held the week after Singapore’s neighbour Malaysia announced it was to ban single-use plastic and charge for carrier bags, was attended by around 70 people from environmental groups and interested members of the public. 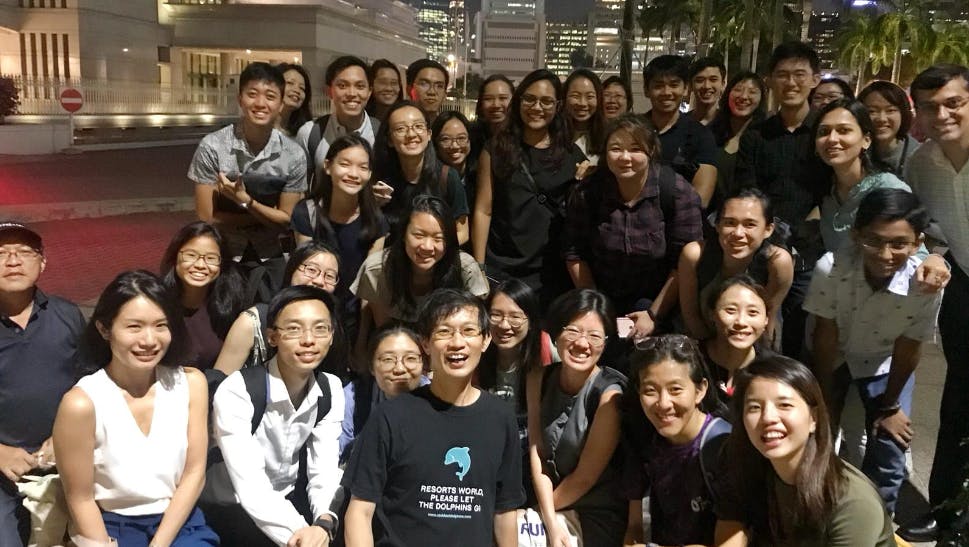