News Ecosperity 2021: From crisis to opportunity

Maersk head Søren Skou says more than half of its 200 largest clients are backing technology to reduce pollution, but philanthropist Bill Gates believes the cost of new approaches will have to reduce "dramatically" for mass adoption.

Speaking at a virtual session at the Ecosperity sustainability conference on Tuesday, Skou said that more than half of its 200 largest customers have met – or are in the process of setting – signed science-based or zero-carbon targets that will force them to cut emissions that directly and indirectly impact  their value chains. Its major customers include German car manufacturer BMW Group and clothing multinationals H&M Group, Levi Strauss & Co. and Marks & Spencer, among others.

“We are today selling a biofuels-based carbon neutral transportation product which is growing quite nicely from a very small base. But nevertheless, there are customers out there in container shipping that are willing to pay a [green] premium [for low-carbon fuel],” Skou told panellists in the event hosted by Singapore investment firm Temasek.

Maersk signed a contract in August to secure green methanol—produced by using renewable sources such as biomass and solar energy—as the world’s largest shipping firm gears up to operate its first carbon-neutral ship in 2023. With about 90 per cent of world trade transported by sea, global shipping accounts for nearly three per cent of the world’s carbon emissions. Maersk needs to have a carbon neutral fleet by 2030 to meet its target of net-zero emissions by 2050.

While those who can afford to pay the green premium are big global brands which comprise only 10 to up to 20 per cent of the business, Skou noted that customers in other transport sectors like aviation are likewise able to pay for it.

“I think the world can actually pay for decarbonisation. We can afford this if we want to, [like adding] US$50 to the cost of an international airlines flight. For me the issue is more [about] scaling,” he said.

The scale-up of the production of new fuels will require getting global and regional regulations in place, raising efficiency standards, and getting governments to cut bureaucratic red-tape and slash the time for the approval of permits for low carbon technologies, he shared.

Juliet Teo, head of transportation and logistics at Temasek, said that the only mechanism that would work would be to shift the cost of the premium to all the customers along the value chain. This could mean more expensive products for consumers.

“Unfortunately, the transportation industry has the poorest record of getting its customers to help with paying any additional fuel cost. Whether it’s extra fuel surcharge that you have to pay when you fly, or charging additional bunker costs to customers for shipping, it’s very hard. It hasn’t been very successful,” she told the panel.

Peter Vanacker, president and chief executive of Neste Corporation, a Finland-based refining company concentrating on low-emission fuels, called for regulations to be in place to adopt pricier sustainable aviation fuel (SAF), but emphasised the urgency.

SAF, made using biofuel, hydrogen or carbon, is currently more costly than traditional fossil jet fuel due to a lower availability of sustainable feedstocks – compared to widely available fossil oil – and the continuing development of new technologies. It has been used in a blend with conventional fuel since 2011, with the hope it will make up the majority as the technology matures.

“The clock is ticking and the climate crisis is here,” he said. “Do not wait until governments all over the world have agreed upon one measure of how to decarbonise the aviation industry.”

Neste has been in discussions with Temasek, the Singapore government, the national airline and Changi airport about using sustainable aviation fuels for flights departing the nation state. Its plant in Singapore will be the firm’s largest once completed in 2023. 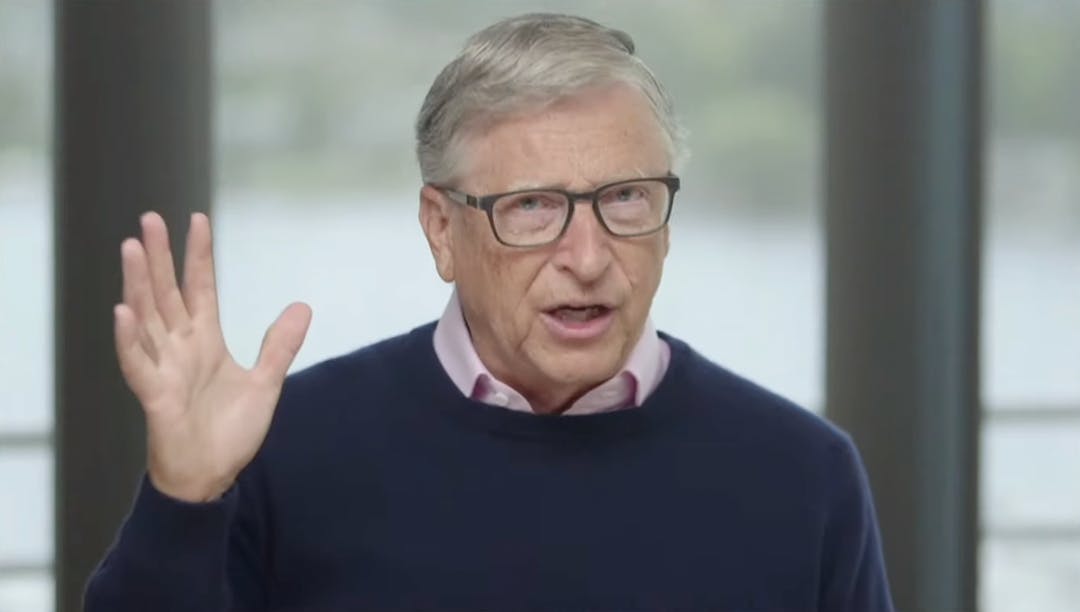 Bill Gates, American tech magnate and co-chair of the Bill and Melinda Gates Foundation, echoed how there was “no chance” for consumers, especially those from middle income countries to pay for pricier products that emit less carbon over cheaper alternatives.

“Unless that green premium is very low or is being subsidised, middle income countries will say that the rich countries did most of the emissions, so they’ll have to go solve this thing. And with [the price of] today’s premiums, there’s no chance [they would pay for it],” Gates said in a separate virtual session.

The philanthropist describes the green premium as the difference in cost between a product that involves emitting carbon and an alternative that does not.

“I think the climate movement got very focused on near-term reductions…what can be done by 2020, and then 2030. The hard areas like how we make steel, cement, beef; how jets make long trips or cross-ocean shipping takes place - I think we are grossly under-invested in the research and new approaches in the hard [to abate] areas,” Gates said on Tuesday.

Over US$5 trillion a year in global subsidies was needed to pay for green premiums to support innovations such as carbon capture technologies and green hydrogen, according to Gates. Investment and government involvement to help increase the scale of projects beyond pilot stage could help to drive the cost down by over 90 per cent.

The cost of new technologies, innovations to curb the climate crisis will have to be reduced dramatically for middle-income countries to adopt them at scale. “The skills of the private sector, the policy and involvement of the government is very critical,” Gates said.

No one-size-fits-all solution for food systems: key to remain within planetary boundaries by 2050

Government and industry should consider a “blend of solutions” and welcome innovation to ensure Earth's survival, said sustainability leaders at Ecosperity Week 2021.
No one-size-fits-all solution for food systems: key to remain within planetary boundaries by 2050

Economic disruption, protectionism and energy shortages will put climate policies to the test

Experts warn that addressing climate change will bring with it political instability, rising protectionist policies and inflation in poorer nations placing pressure on the resolve of governments to see the energy transition through.
Economic disruption, protectionism and energy shortages will put climate policies to the test