Save together or crash together: Why conserving every animal species counts

National Geographic photographer Joel Sartore is on a mission to photograph all 12,000 captive animal species to raise awareness about conservation. Eco-Business speaks to him to find out why the blood is on our hands when it comes to the illegal wildlife trade, and how photographs can change the world.

How do you get a generation to care about animal conservation when Facebook and Kim Kardashian are diverting people’s attention from the issues of the day?

That was a question award-winning National Geographic Photographer Joel Sartore asked himself when he embarked on a 25-year journey to photograph and document the 12,000 animal species in zoos and aquariums on the planet.

Inspired by famous naturalists, such as John James Audubon, who dedicated their lives to documenting wildlife, Sartore aims to do the same—to dedicate his life to “just one thing that will make a difference in the world”.

That one thing is the Photo Ark, a series of animal portraits set against black and white backdrops. Sartore is currently more than halfway to meeting his goal, with 7,521 animal species photographed to date.

Photos from the Photo Ark have been used in National Geographic magazines as well as published into coffee-table books. They have also been projected on to St Peter’s Basilica in the Vatican, as well as the United Nations headquarters and the Empire State Building in New York to raise awareness on animal conservation.

On the sidelines of a National Geographic Live! Event at Marina Bay Sands Singapore last month, Eco-Business spoke to the photographer on a mission to get people to care more about animal conservation, one Instagram photo at a time.

The character of your animal subjects comes through in your photography. How do you bring out character in animals that are less charismatic, such as insects and reptiles?

People are naturally drawn to other animals that look like us, such as monkeys, or baby animals. It is very hard to get people to care about snakes or insects unless they’re beautiful, like butterflies. 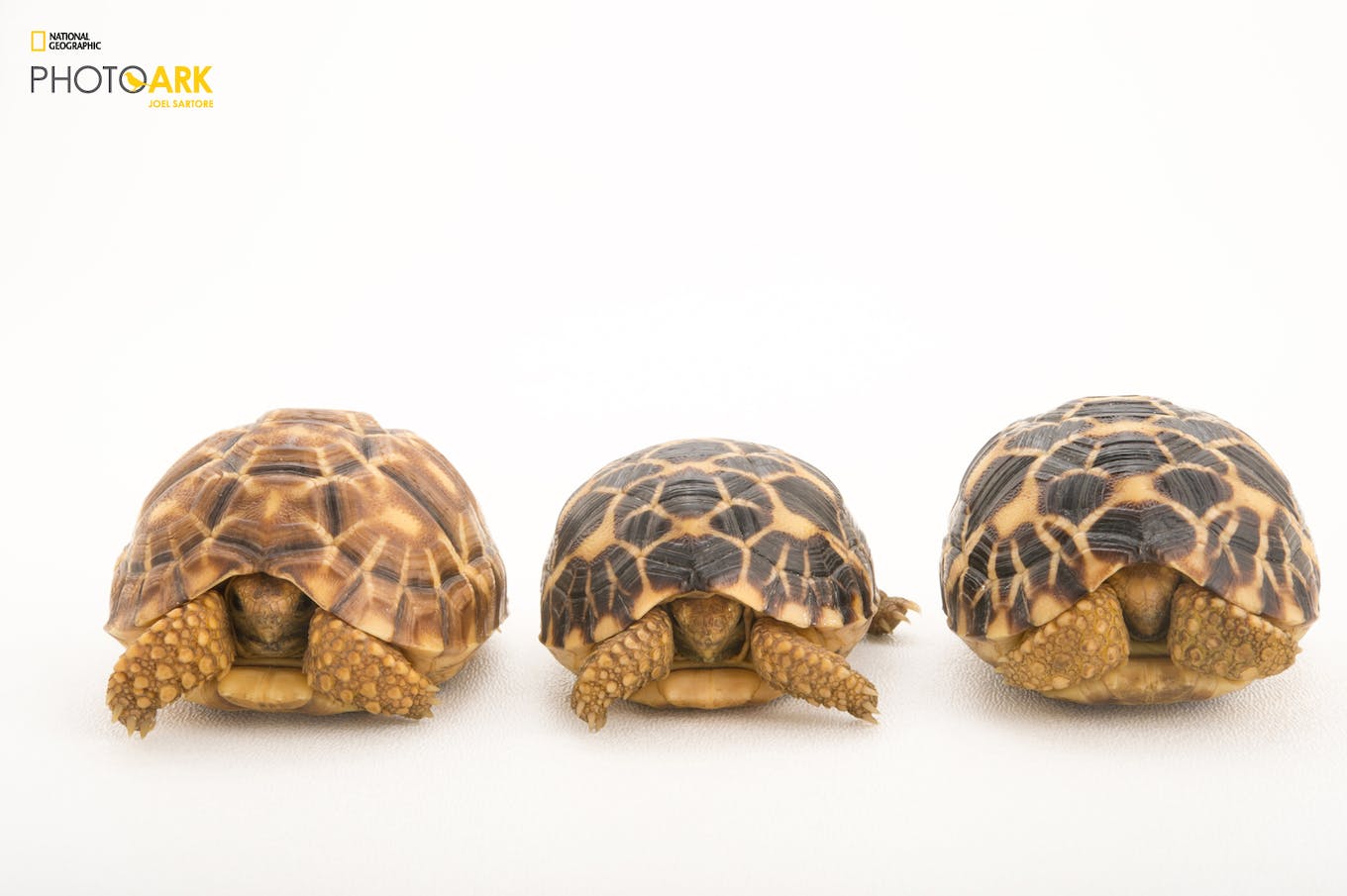 The way I try to get people interested in these animals is by taking pictures and telling the public how important they are in nature and to our own survival, and hope that people realise that when we protect the little creatures we’re saving all of nature.

For example, even in Singapore we need pollinating insects to help with plant reproduction. We also need to preserve rainforests because they help regulate our climate

What’s the most powerful medium you use to communicate your work?

I think the most powerful medium now is Instagram. Social media really is king; each National Geographic post reaches a hundred million people and that is real power in terms of getting people to care about animals and nature. This is critical because our future depends on it. 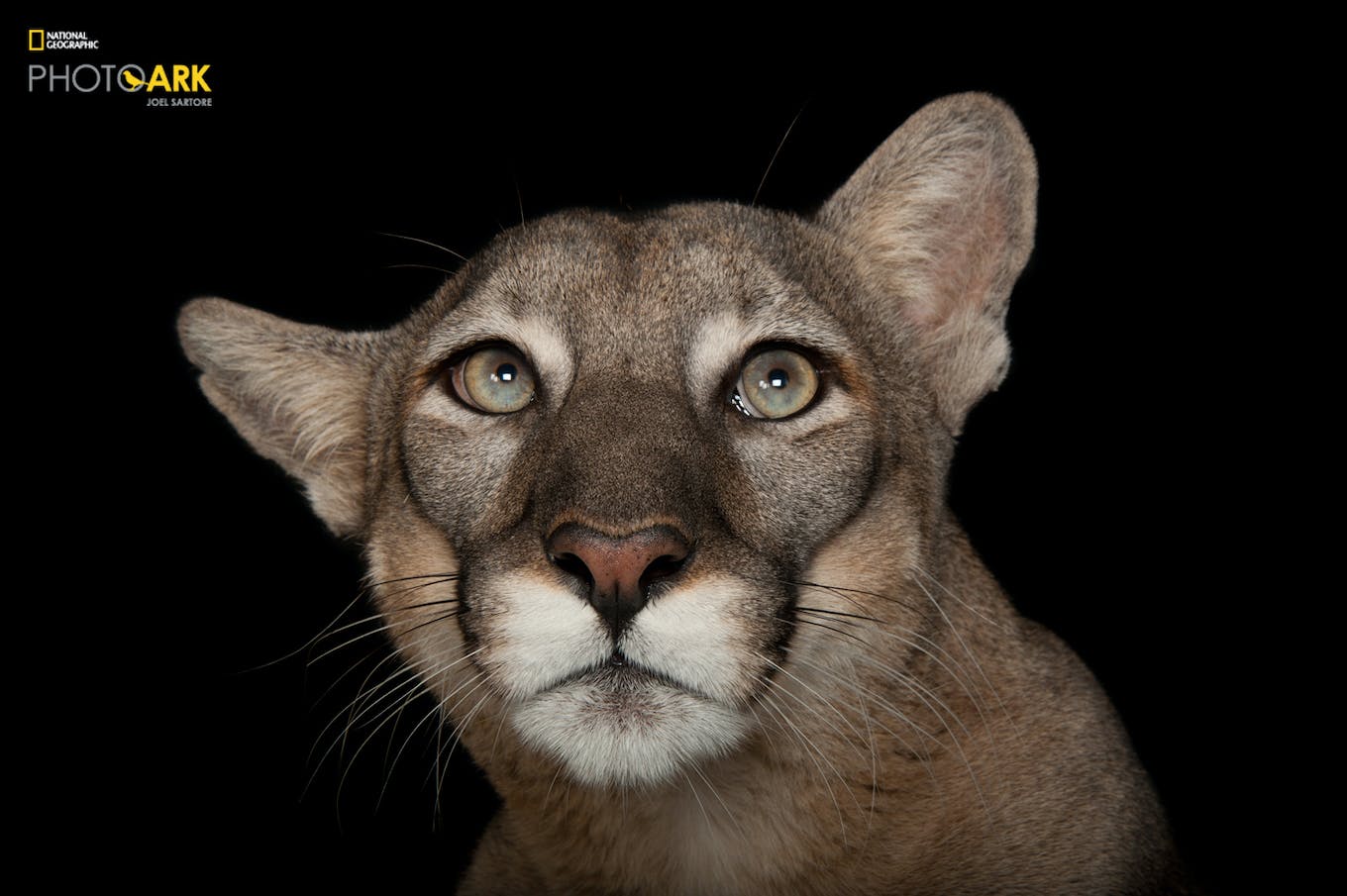 Can you think of a single photo (not necessarily your own) that has done the most to raise awareness about the abuse in the natural world and the need to stop it?

Brent Stirton’s photo of a rhino that was killed for its horn—which recently won him the Wildlife Photographer of the Year—is testament to what is going on in rhino poaching and amazingly powerful in getting people aware of how needlessly these magnificent animals are slaughtered. He did a picture a few years ago of an adult male silverback gorilla killed by humans that also drew attention to animal conservation.

Pictures have a tremendous power to change the world for the better, and photographers like Brent Stirton are getting people to pay attention and making people think about more than just what’s on television.

How do you feel about the illegal wildlife trade? What more do you think can be done about it?

The illegal wildlife trade is bad in so many ways. We need to educate people that elephants die for the ivory they buy. Similarly for tiger bones and rhino horns—these are items that do not have any medicinal properties but animals are killed for them. That is why it is so important that we get people to understand that when they buy illegal wildlife products, they are not only wasting their money but also driving these species to extinction.

That is the problem we face with nature—how many species can we lose before our way of life crashes?

What is your view on conservation? Should we be trying to save all endangered species, or let those that are less well adapted to modern living go extinct?

We should try to save all the species because we do not know what role each species plays in the ecosystem, just like a good mechanic fixing your car would not throw away parts just because he does not understand what they do. 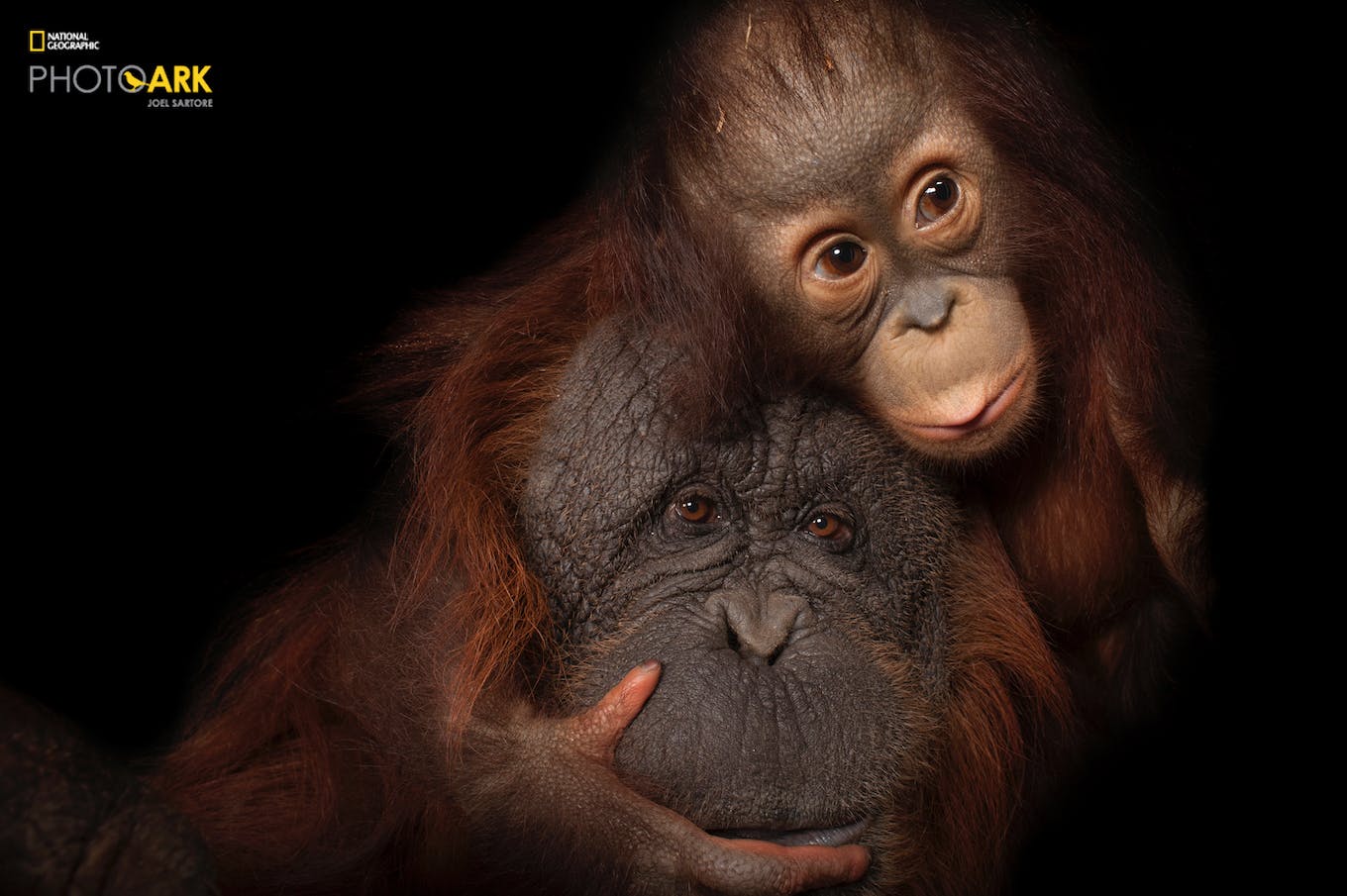 Or imagine you are flying in an airplane and you see the rivets that keep the wing together starting to pop out of the wing. It would make you very nervous because if enough of those rivets came out, the airplane would fail and everybody would perish.

That is the problem we face with nature—how many species can we lose before our way of life crashes? It’s very important for people to remember that as each animal species goes away, so could we. We are all in it together on planet earth.

Over the years you have interacted with many commercial companies, how can businesses play a part in conservation? What is your message to the business community?

It is important that corporations get on board with helping to save the planet because they have the money and the ability to do so, and I am delighted that most big businesses now understand that it is actually easier to be green than to pretend to be green.

Customers increasingly demand good environmental business practices, and so the benefits are two-fold: businesses save money, and even make money by being green because their customers demand it from them.

People ask me if I ever get sad when it comes to trying to save species and I don’t, really. I’m very inspired by companies that are working hard to save the planet. For example, Procter & Gamber has developed a detergent to wash clothes that works very well in cold water. This is a big advancement because it removes the need to burn fossil fuels to heat water to wash clothes, saving lots of carbon emissions, hot water and firewood even. If we can celebrate the companies that are doing good things in the environment more often, I think the world would be a much better place. 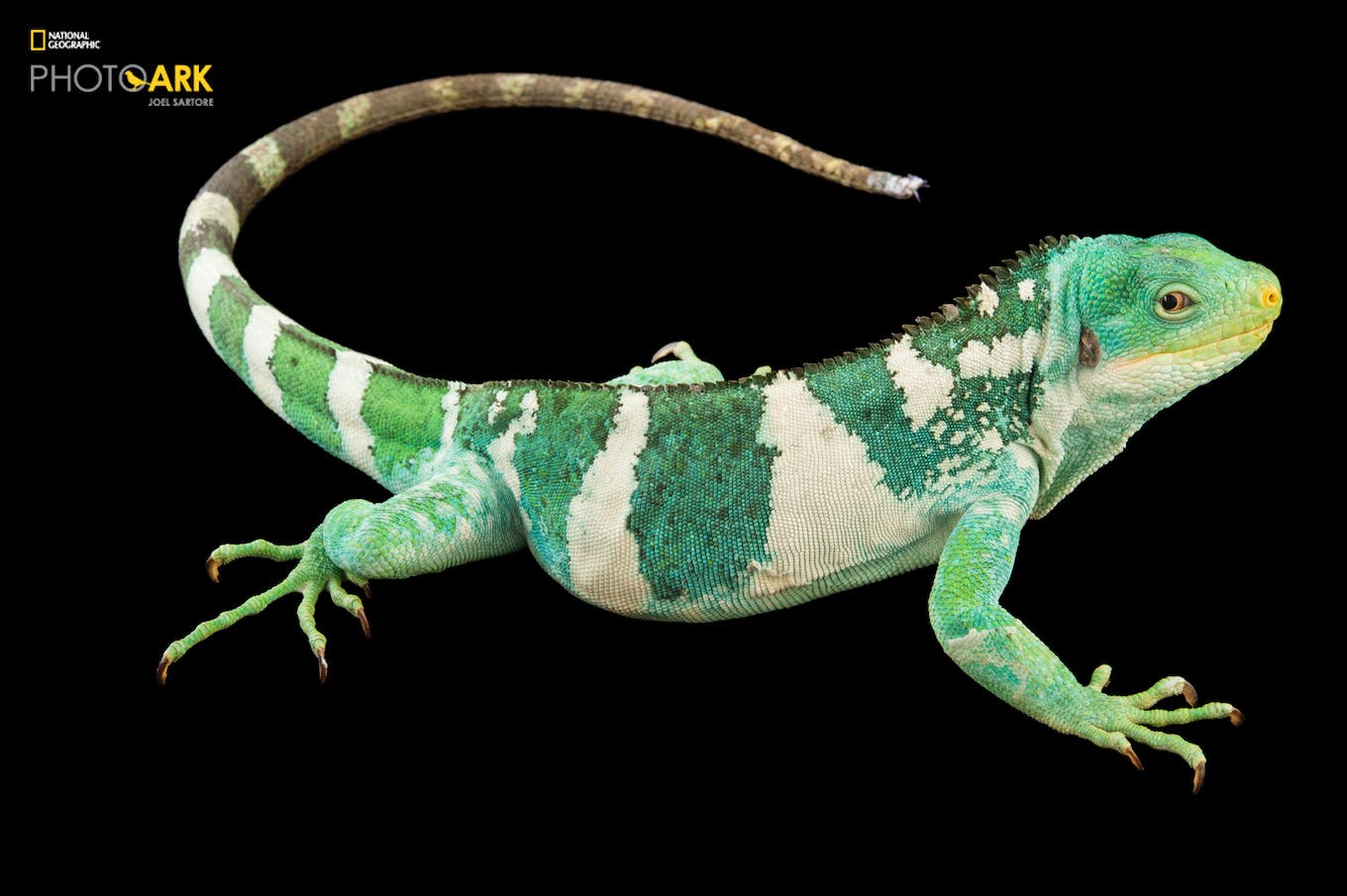 What is your advice to those who want to be more involved in conservation? Where do you think he or she should start? And what should he or she be doing?

People need to start in their own backyard. Find out what the environmental issues are in your neighbourhood or in your city, learn about that, and try to help. For example, you could start an education campaign to keep domestic cats indoors, because house cats kill a lot of birds and bats when outdoors.

That’s one little idea but there are many things that people can do in their own backyard like making sure that people recycle, don’t pollute, and support a place like the Singapore Zoo, which breeds critically endangered species. It’s important for people to realise that they don’t have to go around the world to really engage with people who are doing great things environmentally. They can simply go to the zoo.

But beyond that, think about what the environmental issues are in your area and what you care about. Maybe you care about dogs and cats, the illegal wildlife trade, pollution, or recycling. There are lots of things that people can do to tell great stories with their cameras that will make the world a better place especially, because all of us have access to social media. That is a great thing.