Green bonds may have a credibility issue, but they are the most direct way to finance green projects, says Maarten Biermans, head of sustainable capital markets for Dutch finance giant Rabobank. He tells Eco-Business why responsible investing is gaining the upper hand.

Despite the rise of sustainability up the corporate agenda in recent years, some companies are still stuck in the late 1990s, says Maarten Biermans, the head of sustainable capital markets at Dutch multinational bank, Rabobank.

“They talk about doing community service, but have no idea what climate-related financial disclosures are, and think ESG stands for Energy Savings Good,” he tells Eco-Business in an interview at Rabobank’s office in Singapore. 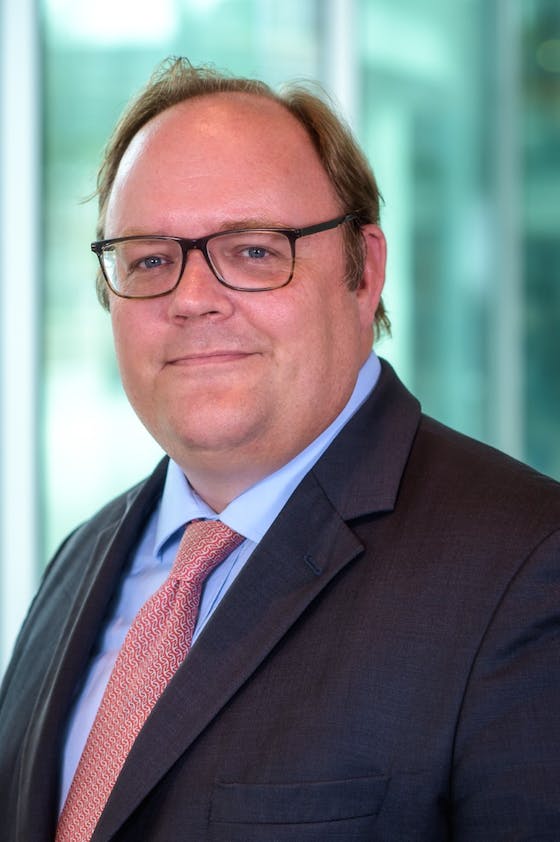 Biermans, a father of three and the lead singer in a rock band in his spare time, is frank but optimistic about the future of responsible investing.

Biermans joined Rabobanks just over two years ago, first as head of ESG [environmental, social and governance] policy and dialogue. “Anybody who had questions about the bank’s ESG policy, they could sit down with me and have coffee,” he says. “I drank a lot of coffee.”

The Dutchman’s current job is to sell the value of responsible investing to the bank’s customers around the world, at a time when sustainability is starting to creep into the consciousness of the banking mainstream.

“Sustainability will be absorbed into the mainstream corporate agenda eventually,” he says. “Sometimes, I sit in meetings—and that’s all I do. I sit. Because I don’t have to say anything [to push the sustainability agenda].”

To meet the vociferous Biermans, who was a green investment consultant before joining Rabobank, it’s hard to imagine him not contributing in meetings.

His employer, 47 year-old Utrecht-headquartered Rabobank, is among the world’s 30 biggest financial institutions, and among the frontrunners in sustainable investing and food and agriculture financing.

Sometimes I feel like the conversation is stuck in the late 1990s—[companies] talk about doing community service, but have no idea what climate-related financial disclosures are, and think ESG stands for Energy Savings Good.

Who do you find to be the hardest people to convince of the value of sustainable investing?

The hardest customers to convince are those who think they’re already doing a good job; early adopters of sustainability thinking who have stopped advancing. With these companies, sometimes I feel like the conversation is stuck in the late 1990s—they talk about doing community service, but have no idea what climate-related financial disclosures are, and think ESG stands for Energy Savings Good. 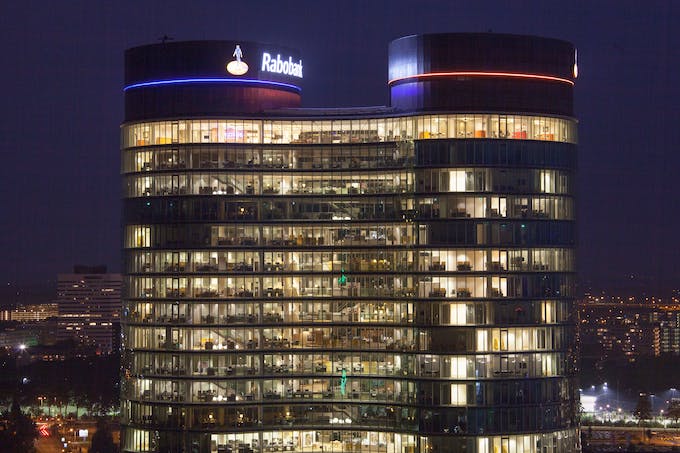 Rabobank’s headquarters in Utrecht, Holland, where Biermans is based. Image: Rabobank

But you know there’s a real shift in the market when the big players start moving. It was big news when BlackRock said that they believe the market for ESG-weighted ETFs (exchange-traded funds) is going to be $400 billion in the next 10 years. That’s game-changing stuff.

As sustainable investing becomes mainstream, won’t you eventually put yourself out of a job?

Sustainability will be absorbed into the mainstream corporate agenda eventually. Sometimes, I sit in meetings with colleagues from other departments—and that’s all I do. I sit. Because I don’t have to say anything! It’s not just the new kids on the block, but seasoned bankers who are getting the hang of it.

As a banker, you know you have to bring something to the table. Everybody’s got money, so what’s the value add [of sustainability]? If you approach sustainability from the perspective of risk-mitigation and a business opportunity, then it becomes a standard conversation about strategy.

Banks have been promoting their green credentials a lot over the last 12 months, but some are decarbonising their investments faster than others. Rabobank has said it will not directly finance the exploration and production of coal. What’s your view on the coal debate?

The reason for [moving away from coal] was because sustainability is about forming a long-term view of the future. We see that there is ultimately no future for coal-fired power plants.

We also see that there are various ways to get the energy transition moving, and some countries are blessed with circumstances that allow them to very easily shift to renewables. Others are not. In the short term, coal may be very profitable. But we do not think that coal is a winning game in the long run. This may be a cliché, but we want to be part of the solution, not part of the problem. We want to be financing businesses, communities and people towards a clean energy future.

It’s great that banks like Rabobank are big on responsible investing. But aren’t banks that pull out of coal at a competitive disadvantage? When Standard Chartered Bank pulled out of the financing consortium for the US$1.87 billion Nghi Son 2 coal plant in Vietnam last year, Malaysia’s Maybank simply stepped in and the deal went ahead anyway…

It is an interesting paradox. The investor that is the last to leave the coal business, will have the highest opportunity cost. The sources of capital [for coal] are getting smaller as more banks exit, meaning that the cost of capital will rise. So the banks that stay in that game the longest will make the most money—and that income will increase as more banks quit coal.

If a green bond is just about saying ‘look at us, we’re so green’ when you’re not, it is greenwashing—and that needs to be weeded out.

Some people ask me, ‘Can you make above-market returns from responsible investing?’ I say, ‘Dude, if that was the case, everyone would be doing it.’ Look at Vice Fund, an investment fund in the US that only invests in ‘sin stocks’ like alcohol, tobacco, guns, adult entertainment and gambling. Their stock outperforms the living sh*t out of everyone. [Since Vice Fund was founded in 2002, it has reported a cumulative return of 376 per cent compared to a return of 229 per cent for the average S&P 500 stock].

If your investment universe is open to any type of investor, you will always be in a position to generate more profit, because you’re more manoeuvrable. With sustainable investments—and this is backed up by data and studies—you can generate about the same returns as regular investments.

Green bonds: a positive market trend or greenwashing? Some argue that green bonds are simply renaming an investment that would have been made anyway. What’s your take?

Responsible investing is all about making sure that non-financial criteria play a role in the allocation of capital. Green bonds are the most direct link between the money and the project being financed.

Yes, there can be a credibility issue. If you are a polluter and you want to transition into a non-polluting company, and the green bond is part of that narrative, sure. But if a green bond is just about saying ‘look at us, we’re so green’ when you’re not, it is greenwashing—and that needs to be weeded out.

If the economy goes into recession again, will responsible investing nose dive like it did a decade ago?

We’re in a different position now than we were 10 years ago, when sustainability was not high on the agenda. When the global financial crisis struck [in 2008/9], the European Union Emissions Trading Scheme went into shutdown—governments said sustainability is important, but we don’t want to kill the economy.

That is still very much a risk. And a regulatory risk for banks.

But now, central banks—starting with the Reserve Bank of Australia, then the Netherlands’ central bank [De Nederlandsche Bank] and others in Europe have followed—have integrated climate risks into their regulatory oversight. We have the Taskforce for Climate-related Financial Disclosure [set up up by the G20 at the end of 2015 as a framework for companies to disclose the financial impact of climate-related risks] to thank for that.

Sustainability is now more firmly embedded in the way financial institutions operate, and I don’t see that going away easily.

I’m not as convinced about certain governments though. [United States President Donald] Trump has said they’re leaving the Paris Climate Accord. What kind of signal does that send to the world? They seem to want to destroy the planet as soon as possible. Who knows, maybe they have another planet in store they can sell to us.

However, we’re seeing many American states sign up to the Paris Agreement. I see people rising up to the climate challenge, not just in the US, but in Europe, Africa, and here in Asia.