Putting sustainability on the menu in food manufacturing

To meet their sustainability targets, food manufacturers must tackle emissions across their entire supply chains. An immediate step they can take, is to reduce electricity consumption at their factories.

The global food system is so carbon-intensive that its emissions alone could be enough to heat the world by more than 1.5 degrees Celsius by the 2060s if nothing is done to change it, according to a new study by the Oxford Martin School, a research and policy organisation with a focus on sustainability at the University of Oxford.

The researchers found that, with a growing population that is also consuming more resource-intensive foods such as meat and dairy, emissions from food systems could warm the planet by more than 1.5 degrees Celsius within 30 to 45 years, even if all other sources of emissions were immediately stopped.

Food manufacturers need to tackle emissions from their entire supply chains, and they can start by cutting the carbon footprint of their factories with proven technologies.

A growing number of food and beverage manufacturers have done so by tapping energy-saving technologies such as smart sensors, advanced motors and variable speed drives—and are saving tens of thousands of dollars each year while achieving some of their sustainability targets.

“When it comes to energy efficiency, the first step is to identify the most significant sources of energy usage. Energy is used in almost every step of the production process across applications such as food processing, cleaning, drying, heating, sterilisation, refrigeration and others in between,” said R Narayanan, automation and technology provider ABB’s group senior vice-president of Asia, Motion.

As electric motors usually make up the bulk of a plant’s energy consumption, there is significant opportunity to reduce electricity usage by upgrading inefficient motors to ultra-premium ones, said Narayanan, who is also ABB’s country managing director in Malaysia.

The food and beverage industry is a high-volume low-margin business… By taking aim at their energy use, manufacturers can reduce costs, increase their competitiveness and meet sustainability targets too.

Of motors and drives

Campbell’s Australia has produced soups, stocks and meals at a factory in Shepparton, Victoria—its only plant in the country—for 60 years. It set a target of reducing energy consumption at the plant by 20 per cent by 2025, and was introduced to ABB’s solutions four years ago.

In 2016, the company installed ABB’s synchronous reluctance motor and variable speed drive in a refrigeration compressor at the Shepparton plant for a 12-month trial. 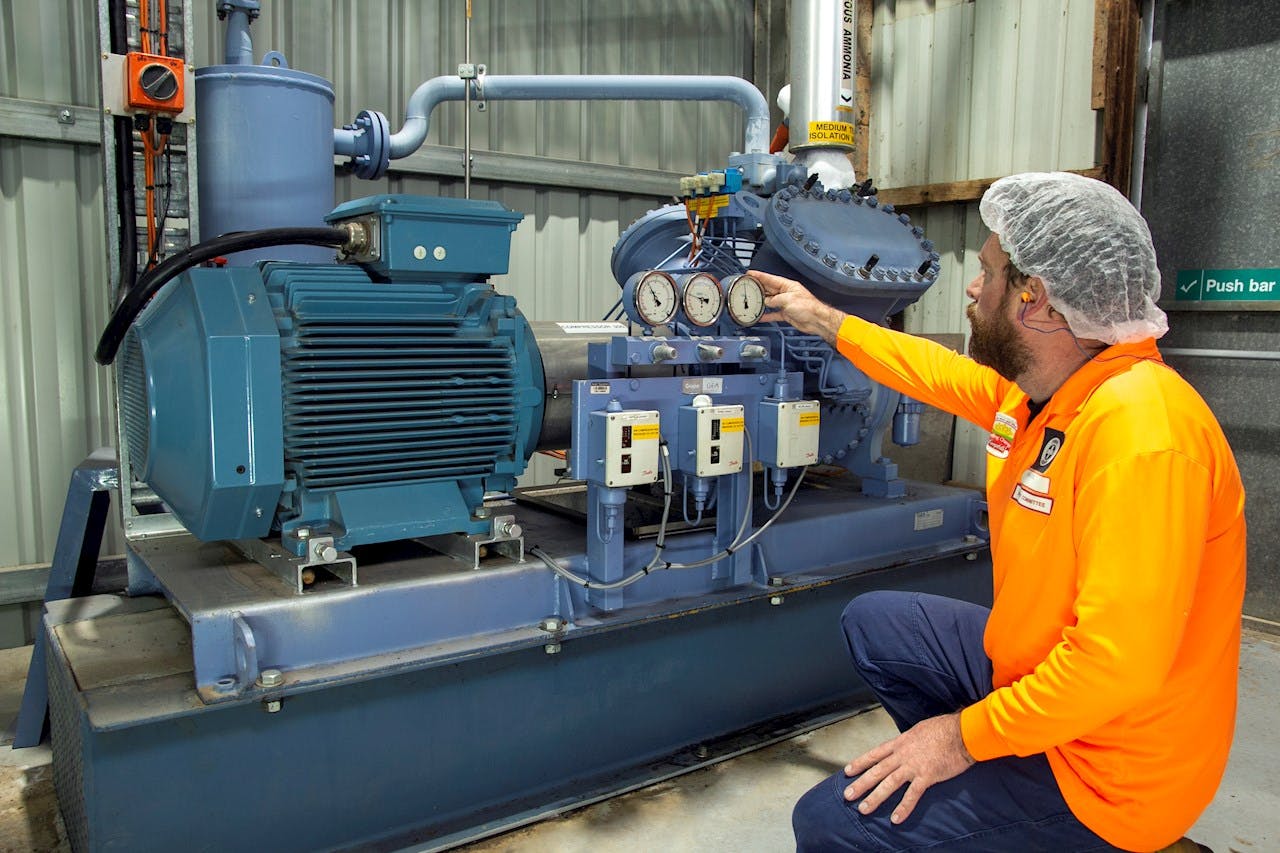 The motor suffers no power losses because its rotor has no magnets or windings, and it runs at a cooler temperature than standard induction motors, lessening its thermal stress and extending its lifespan, said John Rieusset, ABB Australia’s food and beverage sector lead.

Variable speed drives, on the other hand, curtail energy use by adjusting the motors’ speed and torque according to actual needs. Most motors in factories operate at full speed even when it is unnecessary, wasting electricity. By adding the drives to motors and other mechanical equipment such as pumps, fans and compressors for more precise control, food and beverage producers could cut their energy use by 20 to 60 per cent, said ABB.

At the end of its year-long trial, Campbell’s Australia found that the ABB motor and variable speed drive had decreased the refrigeration compressor’s energy use by 14 per cent, saving the firm AUD$15,000 and lowering its carbon dioxide emissions by about 131 tonnes.

With these results, it was a “no-brainer” to install the motors in the factory’s remaining three refrigeration compressors, which already had variable speed drives, said Mark Hyland, an environmental and safety manager at Campbell’s Australia. The installations delivered six to seven per cent of energy savings. With the compressors operating around the clock, the motors paid for themselves in less than a year.

Other food and beverage manufacturers have benefited from eco-friendly motors and drives too.

Coop, Switzerland’s largest bakery group, slashed its emissions by more than 10,000 tonnes annually – equivalent to taking nearly 2,000 cars off the road – by using ABB’s motors and variable speed drives in the refrigeration systems at its logistics centre in Schafisheim, among other innovations.

German sausage maker Rügenwalder Mühle nearly halved the energy used by fans in its smokehouses by replacing their motors with ABB’s synchronous reluctance motors and adding ABB’s variable speed drives to them.

“With the new motors and variable speed drives, we were able to run the fan motors at only 50 per cent of their power for 75 per cent of the time. We would never have been able to keep the speed so low with a normal motor,” said electrical engineer Walter Strömer, who oversees energy management at Rügenwalder Mühle.

Food and beverage firms can minimise their use of electricity, water and other resources in other ways.

Companies can also install software on their drives to detect and prevent rapid pressure fluctuations and drops—or cavitation—in pumps from occurring. Cavitation can potentially cause serious damage to pumps, compromise the quality of products such as milk, and result in increased energy usage and a loss of production in some cases.

Automated systems, such as using robots on the production floor, can increase plants’ productivity and energy efficiency, and reduce the risk of human employees contaminating products meant for consumption.

Digitalising operations by equipping motors, drives and other assets with sensors to collect real-time data could lead to more informed decisions, minimising unplanned downtime and disruptions within the plant.

ABB’s Rieusset said businesses can help both their bottom line and the environment by tapping energy-saving technologies. “The food and beverage industry is a high-volume low-margin business. Even small incremental cost savings can have a significant impact on the bottom line. By taking aim at their energy use, manufacturers can reduce costs, increase their competitiveness and meet sustainability targets too,” he said.

As water scarcity grows, Asia’s utilities are turning to data and sensors to keep the taps flowing

In many cities, tackling water leakages is among the most impactful ways to shore up water supplies. Sensors and other digital technologies make the massive task easier.
As water scarcity grows, Asia’s utilities are turning to data and sensors to keep the taps flowing

From systems able to replenish depleted batteries at lightning speed to smart chargers that ‘talk’ to one another, exciting developments lie ahead on Singapore's road to sustainable mobility.
5 trends this decade that will shape Singapore’s switch to electric mobility

Asia will drive the growth of the global aviation industry in the next 20 years, expanding the region’s role in ensuring that the industry becomes less taxing on the environment. Here’s a look at what Asia’s airports are doing to prepare for a future of low-carbon aviation.
As Asia's aviation sector grows, will its airports gain green wings?

In theory, small, technologically advanced Singapore should be at the forefront of the global electric vehicle revolution. So why have EVs been so slow to take-off in the city-state and how can charging infrastructure accelerate progress?
Singapore’s road to electric mobility: What’s the hold-up?