India, one of the fastest growing economies in the world, aims to have 40 per cent of its power generated by renewable energy by 2030. Ahead of the POWER-GEN India & Central Asia 2016 exhibition and conference, Eco-Business looks at how the country is preparing to meet this challenge.

India is currently one of the fastest growing economies in the world, with the Asian Development Bank projecting a robust growth rate of 7.4 per cent for the country in 2016 to 2017.

As the Asian giant experiences rapid economic expansion, it will have to face the daunting challenge of meeting the rising energy needs of its 1.6 billion population while ensuring that it is both affordable and sustainable.

Acknowledging this, India last March committed to increasing its renewable energy capacity to 175 gigawatts (GW) by 2022, four times its 34 GW capacity recorded in February.  About 100 GW of this would come from solar, with wind, biomass, and small hydro power making up the remainder.

At the United Nations climate change meeting in Paris in December, known as COP21, Prime Minister Narendra Modi also unveiled a global solar alliance, a group of more than 100 tropical countries which will share know-how on solar technology and policy formulation.

These recent announcements “have completely shaken up the ambition” of the renewable energy sector in India, said Anurabha Ghosh, chief executive officer of Indian think-tank Centre for Energy, Environment and Water (CEEW) at COP21.

Currently, about 60 per cent of India’s electricity is generated from coal-based thermal power plants, which typically results in high carbon emissions. According to the International Energy Agency, India is the world’s third largest emitter of carbon, behind the US and China.

Under the historic Paris Agreement to tackle climate change inked at the summit, India has pledged to reduce the carbon intensity of its economy by 33 to 35 per cent by 2030, and that 40 per cent of its cumulative electric installed capacity would be from non-fossil fuel based energy resources.

It also promised  the creation of a carbon sink that can hold an equivalent to 2.5 to 3 billion tonnes of carbon emissions in the form of additional forest and tree cover, and has set a timeline for these goals by 2030.

The agreement was negotiated by 196 nations in December and will become legally binding if joined by at least 55 countries which represent at least 55 per cent of global greenhouse emissions.

India’s Environment, Forests & Climate Change Minister Prakash Javadekar has said he would be present at the signing event on April 22 this year, which is also Earth Day.

For now, India’s current goal is to achieve its target of 175,000 MW of renewable energy capacity by 2022, which is “an ambitious goal for any country”, said Dr Heather Johnstone, Conference Director of POWER-GEN India & Central Asia Conference & Exhibition.

According to the Renewable Energy Policy Network for the 21st Century’s (REN21’s) Renewables 2015 Global Status Report, India ranks seventh in terms of installed renewable capacity with 31 GW in 2014.

To reach its renewable energy goals by 2030, India would need investments worth US$60 billion per year.

So far, India has financed less than US$10 billion of renewable power projects each year, said the Indian Renewable Energy Development Agency. But the government intends to increase its investments in solar and wind energy projects to US$20 billion annually until 2018 to 2019, the agency added.

India’s Minister of State for Power, Coal, New and Renewable Energy, Piyush Goyal, had also earlier said that investment over the next few years would be primarily focused on renewable energy, said Dr Johnstone.

“At the moment, the tide for investing in renewable energy in India is looking very good as the Indian economy has picked up and a lot of the policies that Prime Minister Modi’s government has implemented have been very encouraging for investors,” she explained.

The opportunities for renewable energy in the region are therefore a strong focus of the upcoming POWER-GEN India & Central Asia Conference & Exhibition this year, which will bring together more than 5,500+ industry experts globally to New Delhi from 18 to 20 May. 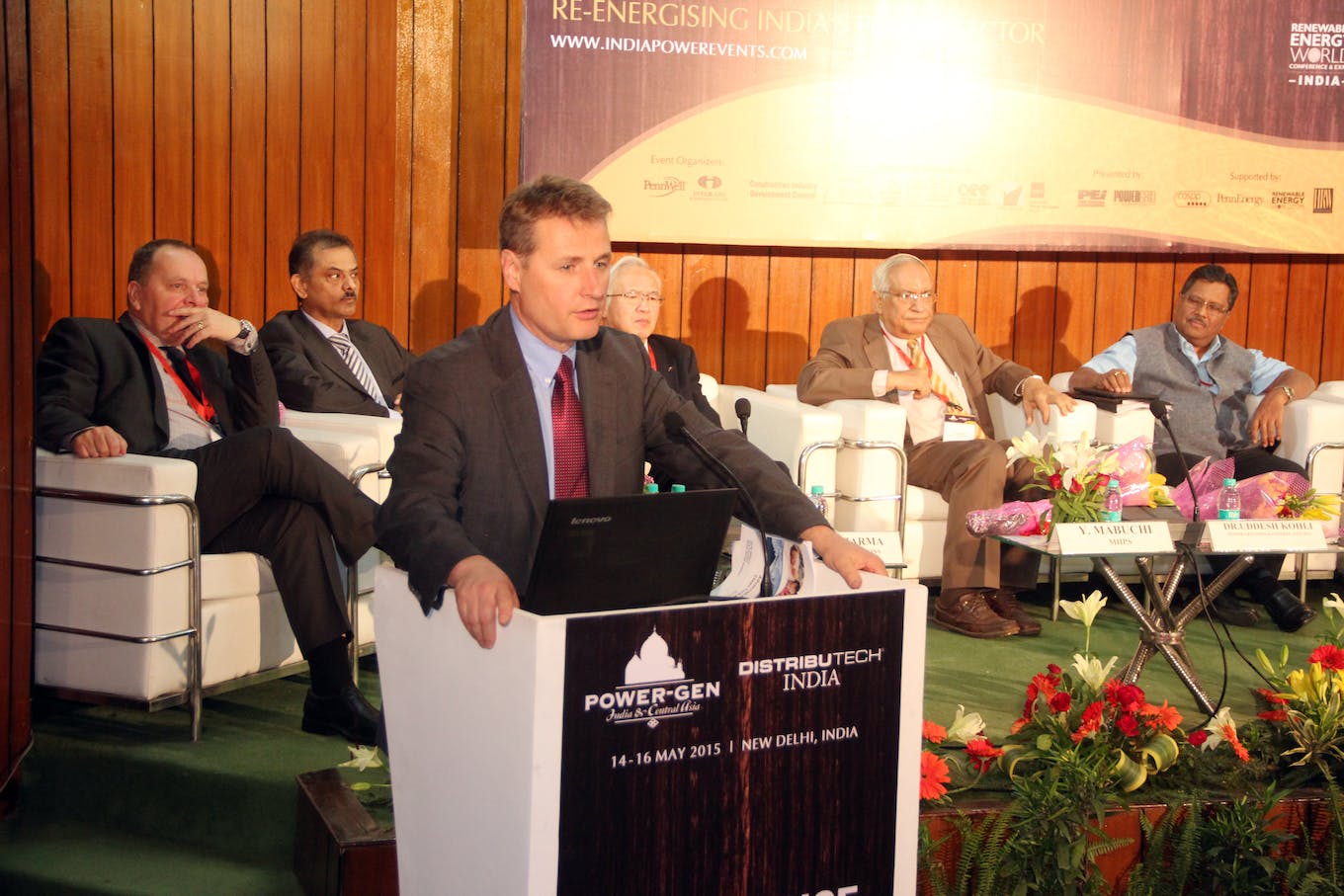 Policy makers such as Shri Piyush Goyal and Mr PK Pujari, Secretary in India’s Ministry of Power, are invited to speak at the Opening Keynote. The three-day event will feature speakers from renowned power generation companies such as GE, Black & Veatch, Siemens, Wartsila and Emerson, who will present ideas on ways to expand and strengthen the Indian power industry.

Dr Johnston said: “This will be an excellent opportunity for international companies who are looking to bring their renewable energy expertise to the India energy market, as many of the key players in the sector will be there.”

The industry has enjoyed robust growth and is set to expand even further, she noted. Installed renewable capacity in India grew 25 per cent, from 31.7 GW in March 2014, to 39.5 GW in January 2016. Similarly, installed solar power capacity doubled from 2.6 GW to 5.2 GW over the same period.

“When India’s new government came into power in 2014, they had put in place a number of initiatives and policies to attract foreign direct investment, so we do see that increased level of investment and confidence in India, especially in the renewables sector,” said Dr Johnstone.

“This makes this a very interesting time for the industry as costs have come down and this makes it more attractive for investors as it strengthens the returns on their investments,” she added.

The POWER-GEN India & Central Asia Conference & Exhibition provides end-to-end coverage of electricity generation, bringing together international and domestic industry leaders to discuss and debate India’s shift towards a more efficient, cleaner and sustainable power system, as well as share information on the technology advances that will play a pivotal role in achieving this.

The event offers multiple networking opportunities, a highly-educational conference and an integrated exhibition. It will be held from 18 to 20 May at Pragati Maidan in New Delhi, India. Sign up here to register for the event.