Environmentally conscious consumers in Malaysia are becoming spoilt for choice, as plastic-free stores pop up all over the capital. But are zero waste shops sustainable businesses?

For a while, Malaysia had just one zero waste store. It was run by a French expatriate who moved to Kuala Lumpur three years ago. But since May this year, another five have opened up in rapid succession, and a few more are in the works.

These chic stores, which sell daily essentials such as food, detergent and toiletries, encourage customers to bring their own containers, buy only as much as they need, and do not give out single-use disposable packaging. They also work with suppliers to avoid single-use packaging.

Their rapid growth spurt is a response to the growing customer demand in Malaysia for sustainable shopping as the local zero waste movement gathers momentum on the back of the global backlash against disposable plastics.

Interest in waste reduction spiked after Malaysia began clamping down on illegal plastic recycling plants and imports of plastic waste which were diverted here after China clamped down on waste imports. Malaysia has also ramped up its campaign against disposables such as plastic bags and straws. 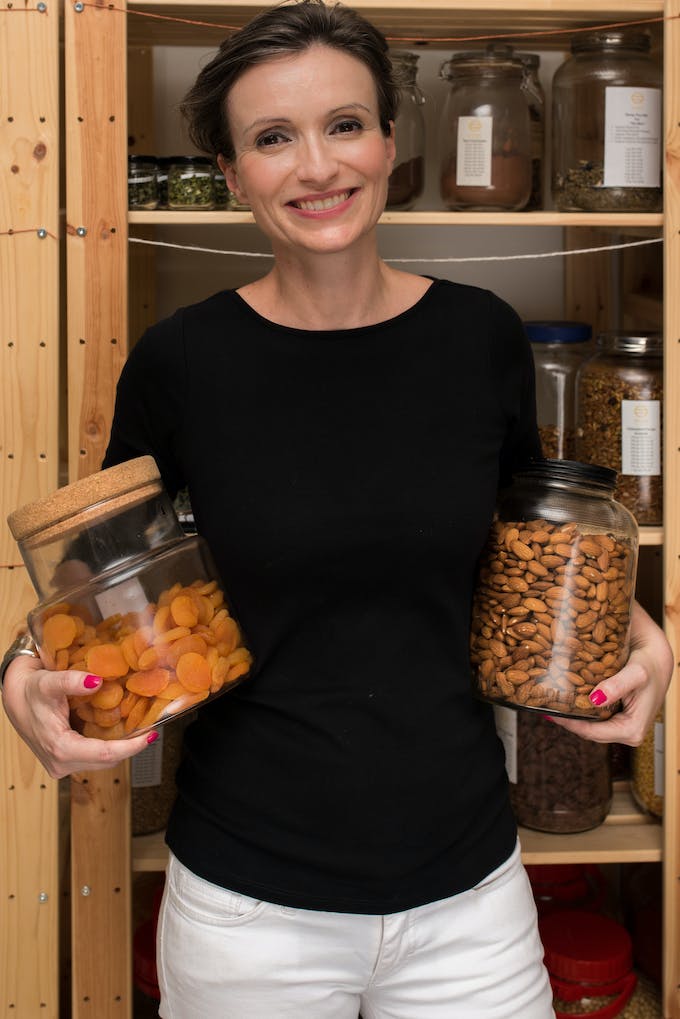 “We have been talking about plastic waste for so long, and the media is finally talking about it,” says Claire Sancelot, the Frenchwoman who pioneered Malaysia’s first zero waste shop, The Hive Bulk Foods, in 2015, when she moved to Malaysia’s capital with her Malaysian husband.

The Hive helped build up a base of customers who are not averse to buying products without packaging or a big brand name attached to it, and its success has charted a path for more zero waste stores in Malaysia.

Owned by Malaysians, these new stores follow a similar model to The Hive but have a more Malaysian flavour. As a pioneer, The Hive focused on products that met the needs of expatriates who are more familiar with the concept, but the newer stores carry more Malaysian food essentials such as curry powder. They are also located in neighbourhoods with a predominantly Malaysian population.

Aurora Tin, president of non-government group Zero Waste Malaysia, says it was a good sign that eco-friendly businesses see opportunities in Malaysia, as it meant that more Malaysians are becoming willing to trade convenience for a more sustainable lifestyle.

Cheryl Anne Low, who opened the Nude Zero Waste Store with three partners in August, says they stock a good range of Malaysian kitchen staples, from dried shrimp to soy sauce and garam masala, to cater for local tastes. To understand their needs better, they ask their customers to fill in wishlists of the things they want, and how they want them.

The elderly have lived sustainably all their lives but they don’t call it zero waste. They simply say it’s common sense.

“Accessibility is important, and we can’t be too expensive either. We try to keep our prices on par with other neighbourhood stores,” she says.

The growth of a customer base to support these stores is partly due to the tireless activism of the local zero waste movement, which began as a simple Facebook page set up by Tin and friends three years ago. The Zero Waste Malaysia Facebook page has since swelled to 20,000 members, and grew active enough to host a zero waste festival last year.

It registered as a non-governmental organisation after several businesses including a supermarket chain reached out to it to collaborate on how to reduce waste and meet changing consumer demands.

“When I opened it three years ago, I was its only customer!” she says.

She was persistent in persuading suppliers to supply in bulk without using disposable packaging, to raise awareness about zero waste living, and introduce unfamiliar products such as reusable sanitary items.

Sales grew as people discovered that The Hive stocked good quality produce that is often cheaper than shopping at the supermarket. Today, The Hive has grown to two stores and several pop-up locations in upmarket malls.

It helps that alternative sustainable products such as bamboo toothbrushes have become much cheaper than three years ago, as more stores open up. 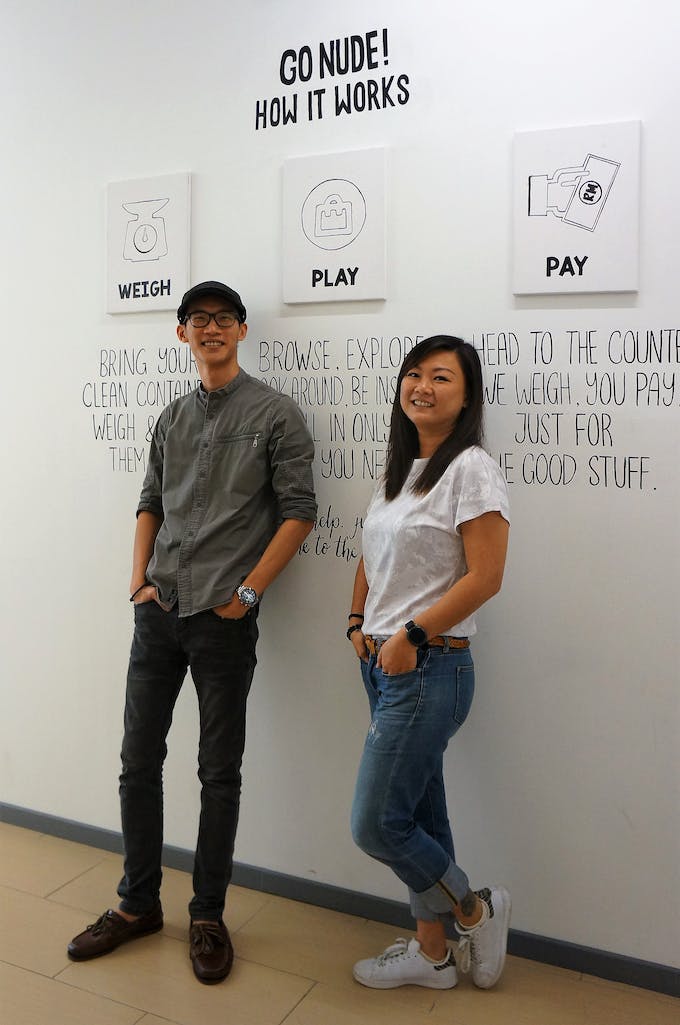 Whether the zero waste market is big enough to sustain so many shops with more in the pipeline remains to be seen.

The zero waste business itself has an in-built limitation: high-margin items such as travel cutlery and water bottles are intended to be bought just once, and to be reused.

Sancelot says while some food items are popular, these tend to be low-margin purchases. “You won’t make much money selling oats,” she says.

“After three years, our experience shows that this business can be profitable but we will have to see what comes next,” she says, pointing out that she is still not drawing a salary from her business.

The newest store, Nude, believes that there is scope to grow in suburban neighbourhoods with an untapped customer base such as the elderly who are not on social media.

“They have lived sustainably all their lives but they don’t call it zero waste. They simply say it’s common sense,” says Low, adding that it was a pleasant surprise to find many elderly people shopping at Nude.

A Little Less Bulk Store, which opened in a suburban area, was also happy to find many locals walking into the store out of curiosity, and later returning with containers to shop.

If a supermarket chain decides to adopt this concept, for sure, we would go out of business.

“I don’t see it as competition. More stores will help create the community we want. The more people become aware, the bigger the market will be,” says Oh Kai Siang, one of the four partners.

Bliss Zero Waste Store chose the unusual location of touristy Chinatown. While tourists are not in the market for refillable detergents, its strategic spot with good public transport links has drawn locals and even customers from out of town who come to stock up.

“We should have such stores in every neighbourhood. We need to make it as easy as possible for people to make it work,” says its owner Loke Poh Lin. “Zero Waste has become trendy and we hope that we can keep up the momentum.”

Big businesses are taking notice. Tin says large corporations, from banks to supermarkets, have invited her to meet them to find ways of addressing this new customer base, for example to work on ways to reduce the use of plastic packaging for consumer products.

Sancelot says the owner of a large Malaysian supermarket chain visited the Hive to see how it worked, and was stunned to find that customers actually brought their own containers.

“Yes, we are not as convenient as a supermarket, but the customer gets joy in shopping at The Hive,” she says.

The Hive has since been invited to set up a display in an upscale supermarket, to sell products such as sanitary items, reusable straws, and travel cups and cutlery.

“It’s still such a new market and a new business model,” Sancelot says. “If a supermarket chain decides to adopt this concept, for sure, we would go out of business. For now, we have to keep experimenting with ways to keep the business growing.”