In its latest sustainability initiative, Dutch paint firm AkzoNobel has ensured that all its production facilities in the Netherlands are powered by renewable energy, bringing it a step closer to its net zero emissions by 2050 target.

Dutch paint and coatings multinational AkzoNobel has taken one more step towards becoming a carbon neutral company by 2050 with its latest initiative to power all its production facilities and stores in the Netherlands with 100 per cent renewable energy.

All AkzoNobel’s paint and coating production facilities in the Dutch towns of Sassenheim, Wapenveld, Groot Ammers, and Ammerzoden, as well as the company’s Sikkens—its vehicle paint brand—stores now use electricity entirely generated by wind power. This is a result of a contract that AkzoNobel signed with Dutch energy firm Eneco in September this year.

As part of the agreement, Eneco will supply some 66 GWh a year to power AkzoNobel’s operations. This is equivalent to the amount of power a city with 33,000 inhabitants might consume in a year.

With this shift, AkzoNobel will reduce its annual  carbon emissions by 19 kilotonnes, or about the annual greenhouse gas emissions from more than 4,000 fossil fuel-run passenger vehicles.

It signals the next step in further reducing our CO2 emissions and demonstrates our commitment to resource efficiency.

“It signals the next step in further reducing our carbon emissions and demonstrates our commitment to resource efficiency,” he said.

Currently, 40 per cent of AkzoNobel’s worldwide energy consumption is renewable, and the company aims to raise this figure to 100 per cent by 2050.

Aside from powering its manufacturing facilities with renewable energy, AkzoNobel’s environmental stewardship efforts also extend to cleaning up oceans.

In June this year, AkzoNobel partnered up with The Ocean Cleanup to support the Netherlands-based non-profit’s plans to launch a clean-up system that could potentially remove half the plastic trash that has accumulated in the Great Pacific Garbage Patch, a huge gyre of floating debris between Hawaii and California, in the next five years. This garbage patch is estimated to span some 700,000 square kilometres or about the size of Texas. 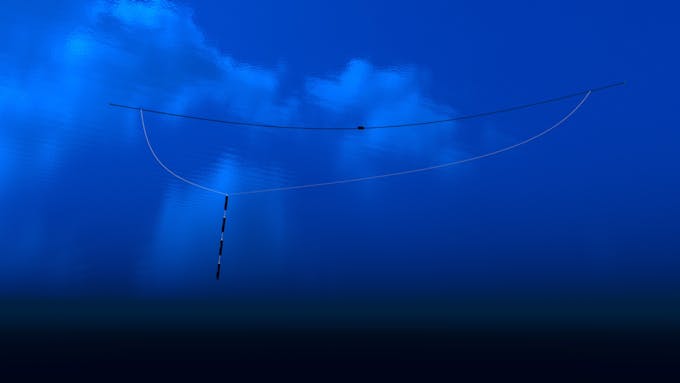 A computer rendering of what The Ocean Cleanup’s solution will look like when deployed in the ocean. Image: AkzoNobel

The system includes plastic pipes, a sea anchor, and a ‘skirt’ of impermeable material that will extend four metres below the water surface. Since it is expected to float in the ocean for 10 years—removing between 30,000 and 50,000 tonnes of plastic annually—it will need to be coated with an antifouling substance. That is, a chemical that prevents barnacles, algae, and other marine organisms from growing on the hardware.

The Ocean Cleanup and AkzoNobel told Eco-Business that “after extensive testing, the Intersleek range from AkzoNobel met the requirements with flying colours”. Pre-deployment trials for The Ocean Cleanup’s technology are expected to start at the end of this year.

Boyan Slat, chief executive officer and founder of The Ocean Cleanup said in a statement that “it is wonderful to add another big name to our growing list of supporters.”

He added: “Working together with a true global force in sustainable coatings technology will ensure that our systems remain protected, even under the most extreme conditions.”