No, really. There is one Philippines city where Duterte is a sustainability hero

Criticised for his brutal anti-drug campaign, Philippines president Rodrigo Duterte is, however, beloved in Davao City where he served as mayor for 21 years. With his daughter Sara now running the city, Davao has become an unlikely sustainability trailblazer for the country.

Say the name Duterte and a foul-mouthed, trigger-happy Philippine president and his bloody drug war might come to mind.

To his critics, Rodrigo R. Duterte, elected 16th president of the Philippines in 2016, is considered loathsome for his support of extrajudicial killings, his crass and sexist jokes, and his diplomatic policies that threaten to cut ties with the United States and renounce the country’s democracy to China.

But to the people of Davao City, where he served seven terms as mayor before becoming president, he is credited for bringing peace and order, economic stability, and an overall better quality of life.

So, what are the Dutertes doing right in Davao City?

We design our future and plan our development based on the awareness that the integrity of nature and life should never be compromised.

The ASEAN ESC serves as a regional platform to help countries localise the implementation of the SDGs.

In February last year, Davao City set a precedent for other cities in the Philippines as it became the first city to map local initiatives along some of the 17 SDGs. 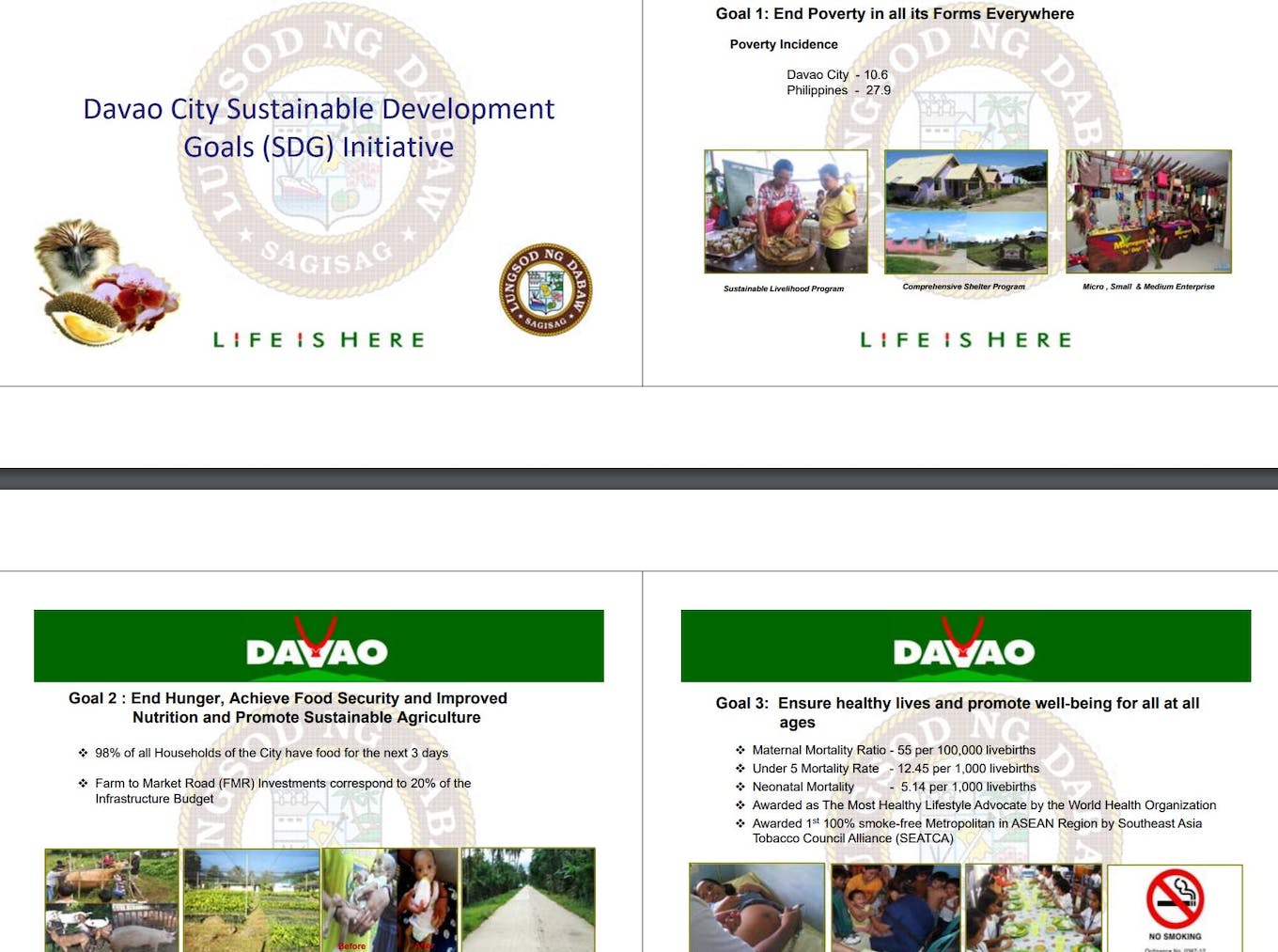 This move came ahead of national initiatives to incorporate the SDGs into the national policy and development agenda.

“We design our future and plan our development based on the awareness that the integrity of nature and life should never be compromised,” mayor Sara Duterte tells Eco-Business in an interview.

Of the 17 goals, Davao City prioritised health and nutrition, education and climate change adaptation as their local development goals. These correspond to SDGs 3, 4 and 13.

On why they chose to prioritise these goals, Duterte said it is because she believes that the basic measure of success for any government is whether or not it can serve its constituents with social services and uphold the people’s welfare, especially those living on the margins.

“Access to education, especially for the underprivileged, must be strengthened to help improve their lives, so they can live as productive citizens, alleviate the economic status of their family, and contribute to the growth and development of the city,” Duterte said.

The city government called their SDGs-aligned development programme “Byaheng Do30”, which is vernacular for “Journey to 30.” The three-year programme features at least 30 doable sustainable development projects.

Among the projects is an early childhood care and development scheme, where malnourished children are enrolled in a nutrition programme.

Working youths who cannot attend school regularly are given the opportunity to do so through alternative learning systems set up in schools where they can study at night or during the weekends or through distance learning. 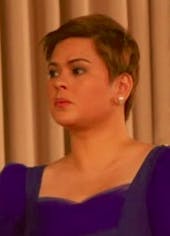 Climate change adaptation programmes were implemented in 182 communities throughout the city. Disaster preparedness drills were conducted to make sure community leaders acquired the capacity to save the lives of their constituents should extreme weather strikes.

Having started in February last year, some residents have already reported some benefits from the programme.

“I am so grateful my child could benefit from a government programme like this,” she said.

Jakelyn Bunor was also admitted to the nutrition programme in April last year for being severely underweight and stunted, as well as for having cerebral palsy and asthma. At two years old and five months, Jakelyn only weighed 5.4 kilograms. After only being on the programme for several months, Jakelyn gained 7.9kg, which was above her weight gain goal of just 7.5kg.

“The city has extended all out support to early childhood care. We made sure the programme was accessible to all by establishing home-based and neighbourhood-wide supervision,” Duterte said.

Commenting on the benefits to cities in the Philippines of mapping their local development plans along the SDGs, Milag San Jose-Ballesteros, regional director for Southeast Asia and Oceania at C40, a network of some of the world’s biggest cities fighting climate change, said doing so will provide opportunities to address the over-all well being of communities and citizens.

“This is crucial given limited resources and complex priorities, allowing cities to define better development paths forward—one that puts people and sustainability at the centre,” she told Eco-Business in an interview.

To fully move forward with the implementation of the SDGs in the Philippines, there must be a clear focus on which goals to prioritise. These goals must be implemented consistently across all government agencies, she said.

Ballesteros said there remains a need to deepen understanding on how the different SDGs interlink, for example, how climate change impacts could exacerbate challenges in achieving other goals.

“These realities would necessarily find resonance through local experiences, thus, it is essential to recognise and support the contribution of cities and dedicate funding for SDG implementation,” she said.