National Australia Bank (NAB) has become the first of Australia's 'Big Four' to have a formal policy to stop lending to new coal mining projects. Climate campaigners have welcomed this, but say NAB needs to exit coal power stations too.

In a move that was roundly welcomed by environmental groups, National Australia Bank (NAB) on Thursday announced that it will stop financing new projects to mine thermal coal—that is, the coal used in power generation.

NAB’s decision, borne of a recognition that it has “an important role to play in the orderly transition to a low-carbon economy,” comes a month after fellow ‘Big Four’ institution Commonwealth Bank issued a statement that many interpreted as signalling its own coal exit—though the commitment was not as unequivocal as NAB’s, and did not have any timeframe attached to it.

According to NAB’s latest sustainability report, issued last month, its exposure to coal mining was A$600 million, or 5 per cent of its A$12.5 billion spending on the resources sector. It spends about A$468 million (9 per cent of its total A$5.2 billion electricity investments) on electricity generated from coal, while renewable sources such as wind, hydropower, and solar account for some A$3 billion of its total electricity sector exposure.

Jonathan Moylan, campaigner, Greenpeace Asia Pacific, called NAB’s policy a “market-leading position for an Australian bank”, and added that it “is even stronger than the position taken by Commonwealth Bank last month because it is formal policy”.

He added: “NAB’s decision to abandon coal shows Australian banks realise they cannot continue to ignore the very real damage every mine and every coal-fired power plant is doing to the health of the communities that surround them, and the contribution their fossil fuel financing makes to climate change. It’s time for ANZ and Westpac to do the same.” 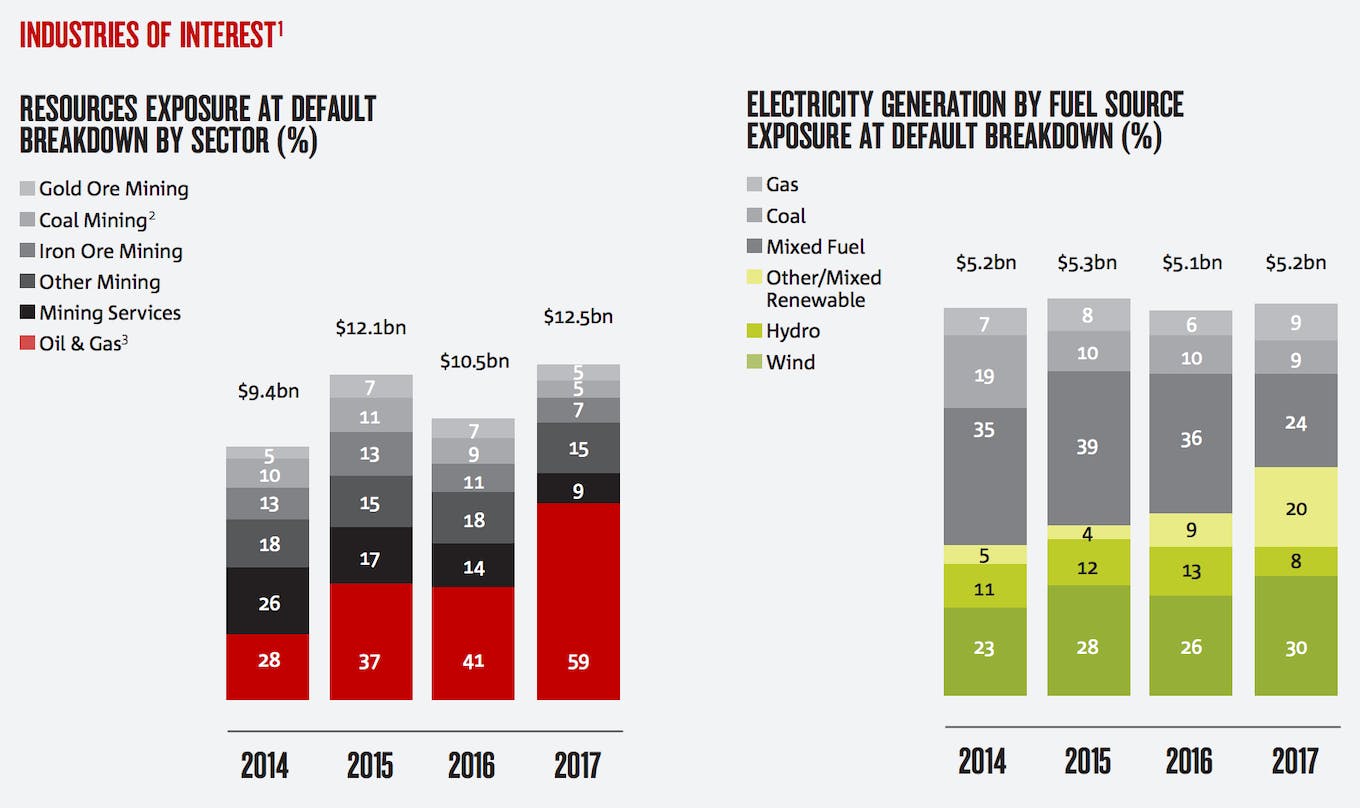 Glen Klatovsky, deputy CEO of anti-fossil fuel campaign group 350.org Australia echoed this sentiment, and added that the speed at which all four banks recently implemented a decision to abolish ATM fees for non-customers shows that “they all have the capacity to act fast to keep up with one another when their competition has outstripped them”.

Klatovsky said that NAB’s move shows that it knows investing in new coal is a massive financial risk, and an environmental disaster.

“They know their customers want them to take this step,” he added, urging NAB’s competitors to do the same.

Currently, ANZ has a policy that does not lend to new coal power stations unless they meet a specific threshold for emissions produced per kilowatt hour of energy generated; Westpac’s policy excludes lending to coal project on similar emissions-based criteria, but does not explicitly rule it out.

Sustainable finance advocates also welcomed the move, but said the bank could do more to address its impact on climate change.

To stop funding new coal mines while keeping open the prospect of supporting coal power stations is like saying you won’t finance ammunition but have no problem with guns.

Julien Vincent, executive director, Market Forces, said in a statement that “this policy means NAB joins the ranks of dozens of banks and insurance companies globally that are withdrawing from this most climate-polluting of industries”.

In recent days, global financial giants ranging from the World Bank to Dutch bank ING to insurance multinational AXA all announced plans to divest from fossil fuels such as coal, oil, and natural gas, on the sidelines of a climate summit hosted by French president Emanuel Macron in Paris

Regulators are also closing in on banks that fail to manage their exposure to climate change risks by reducing their lending to polluting industries, Vincent pointed out. Into his light, “moves like NAB’s to get its loan book in order are just plain common sense”.

“As the economy decarbonises, it is widely understood that thermal coal will be the first fossil fuel to go,” Vincent added.

But, he pointed out, NAB still lends to coal power stations, and still has investments in oil and gas.

“To stop funding new coal mines while keeping open the prospect of supporting coal power stations is like saying you won’t finance ammunition but have no problem with guns,” Vincent said. “If NAB really wants to be taken seriously on its climate change risk management, it needs to ensure that policy and action drive greenhouse gas pollution out of the economy across the board.