Mobike in regulation talks in Singapore as bike dumping worsens

China-based 'Uber for bicycles' mobility firm says it is discussing ways to regulate the bike-sharing sector with the government as Singapore grapples with a trend of two-wheelers left strewn around the meticulously tidy city-state.

Chinese mobility startup Mobike is in discussions about how the bike-sharing space can be more closely regulated in Singapore, as local authorities grapple with the problem of thousands of bicycles dumped haphazardly around the neat city-state.

Launched in Singapore in March, the Temasek-backed firm dubbed ‘Uber for bicycles’ does not - unlike traditional bike-sharing schemes - require users to return their rides to fixed parking stations. Instead, users unlock the bikes by scanning a QR code with their smartphone and can deposit them anywhere after they’ve completed their journeys.

Though Mobike’s system - which uses a Global Positioning System (GPS) and an artificial intelligence platform to track each bike - incentivises users to return their rides to convenient locations for the next rider by offering rewards, there have been a growing number of incidences in Singapore of bikes dumped in rivers, parks and left obstructing public walkways in a city intolerant of untidiness. 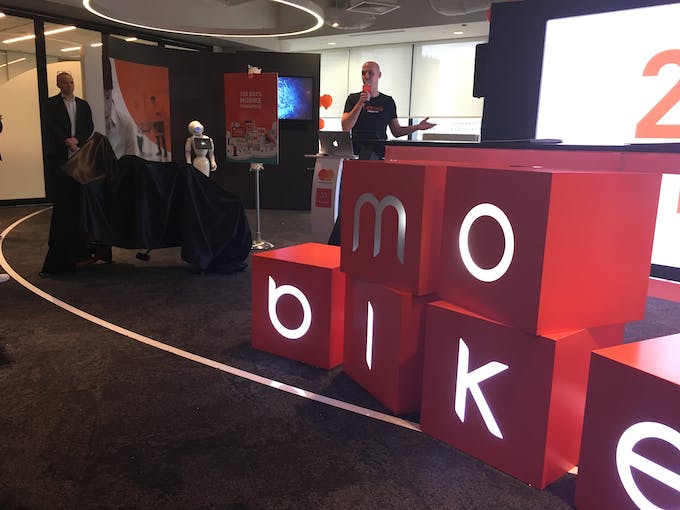 At a media briefing on Thursday, Florian Bohnert, head of international expansion at Mobike, said that he “welcomed discussion” with the government about how bike-sharing could be regulated.

The question of whether bike-sharing should be regulated in Singapore was raised in parliament in May, with rules suggested for parking and riding hire bikes, including “bike drop-off boxes” or parking zones, and punishment meted out to reckless cyclists.

“We welcome discussion with the LTA [Land Transport Authority, Singapore’s transport regulator],” said Bohnert, adding that Mobike had participated in a public tender to recruit a bicycle-sharing operator in Singapore’s Jurong district in March last year.

The LTA eventually cancelled the tender, because Mobike competitors Ofo and Obike had already entered the market and distributed thousands of bikes for use around the island.

Bohnert pointed out that when Mobike entered the market, the company already had a system in place that rewarded or penalised users to encourage responsible use. Its system encourages good behaviour by awarding users for policing other errant users.

And Mobike has been working with the LTA on implementing “Mobike Preferred Locations” (MPLs) - yellow boxes designated for parking bicycles; 300 such locations are now dotted around the island for the rides to be deposited after use, including by shopping malls, schools and train stations.

Prices increase for users who do not return the bikes to the appropriate places, and users can be banned if they continually abuse the system, he said. 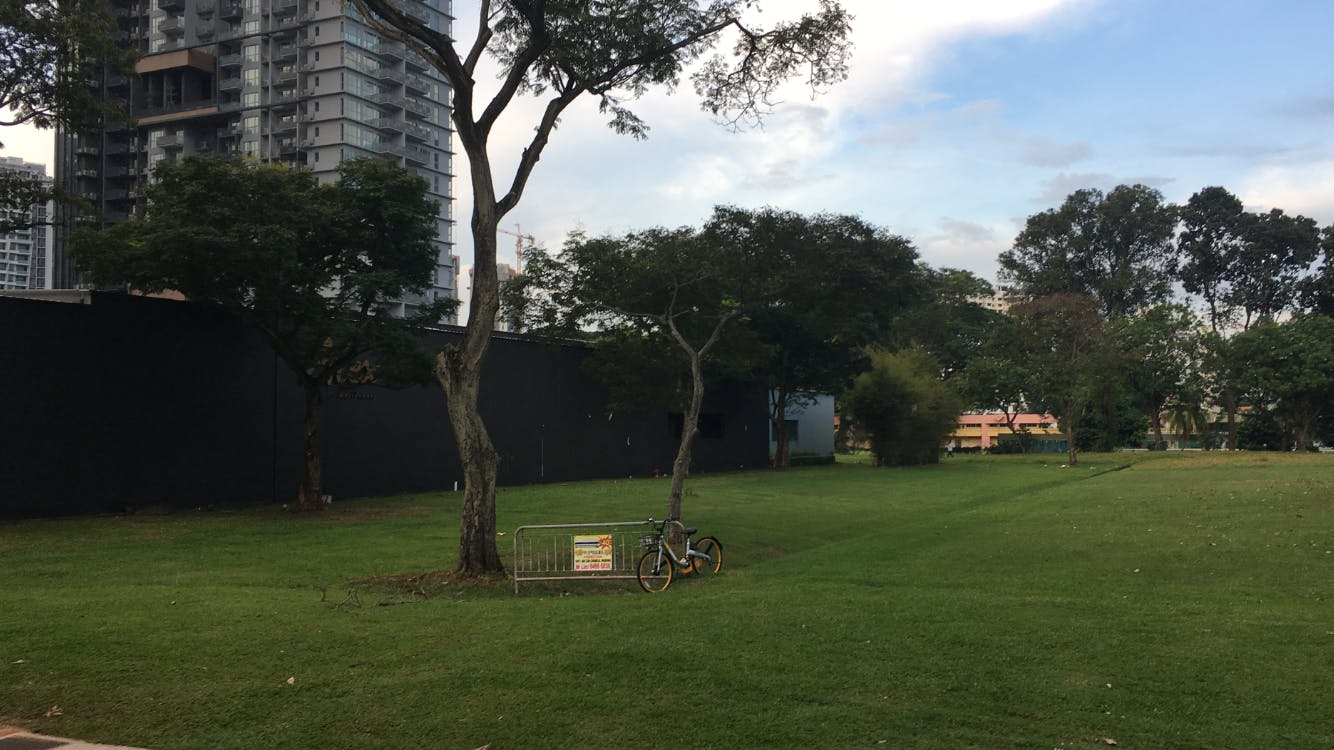 An Obike is left in a field near Redhill MRT station. Image: Eco-Business

When Mobike launched in Singapore 100 days ago, the firm was meeting “significant pent up demand” for a convenient and green transport option that addressed pollution and congestion in the city, Bohnert said.

He added that the company’s service complements Singapore’s Smart Nation initiative, a plan hatched by the prime minister in 2014 to transform the city-state into a connected city of the future.

Mobike and its rivals emerged just as the Land Transport Authority launched its ‘Walk Cycle Ride’ initiative, which promises upgrades to pedestrian walkways and cycling paths around the island.

At the event, Mobike unveiled a new model equipped with adjustable seats, three gears (the first model only had one) and solar-powered headlights. Solar energy is also used to power the lock.

The new model “looks a lot cooler” than the first iteration, noted Bohnert.

The firm also announced a deal with credit card firm MasterCard to enable Mobike users to use a digital wallet to pay for rides through the Mobike app.

Mobike bicycles have a lifespan of four years, and Bohnert noted that the company recently signed a deal with a state-owned firm in China with a view to recycling used bikes. “The idea is to start focusing now on what’s going to happen three years from now,” he said.

Since launching in Singapore, the total distance traveled by local riders covered almost 150,000km, equivalent to three trips around the earth. The average distance travelled per ride is 2.7km and the average ride time is 27 minutes.

Globally, 20 million rider use Mobike bicycles every day in 130 cities. Within the company’s first year, Mobike users cycled more than 2.5 billion kilometres, which is equivalent to a 610,000-tonnes reduction in carbon dioxide emissions, according to data from World Wide Fund for Nature.