Malaysia's Primary Industries Minister Teresa Kok said she was disappointed that anti-palm oil sentiment had taken root in Singapore, and called for solidarity with its neighbour at a time when Europe is banning palm oil imports over deforestation.

A top Malaysian minister has spoken out against Singapore for the stance the city-state has taken on palm oil, the world’s most controversial commodity.

Speaking at a Singapore Institute of International Affairs event in Singapore on Thursday, Primary Industries Minister Teresa Kok said that there has been “an active anti-palm agenda from Singapore,” which has been supported at a government policy level.

“There is relentless accusation of deforestation, wildlife destruction, social injustices to the plantation workforce, and stigmatisation against palm oil,” she said at the 6th Singapore Dialogue on Sustainable World Resources at the Fullerton Hotel this morning.

“There has also been an active anti-palm agenda from Singapore itself and sometimes even supported to some extent by policies prescribed by some agencies here,” she said, without specifying which of Singapore’s policies support such an agenda. 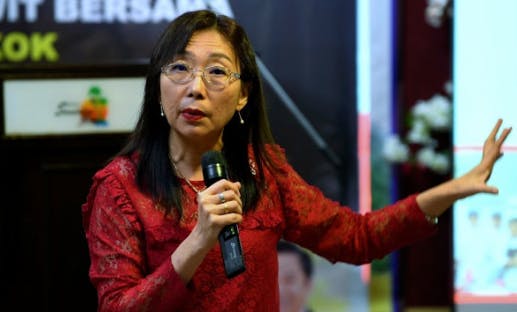 Though land-scarce Singapore does not grow palm oil, some of the largest palm oil companies are headquartered in the city, while Singapore’s banks are heavily involved in financing the expansion of palm oil production in countries like Malaysia, the world’s second largest producer country after Indonesia.

Kok said that in the interests of “Asean [Association of Southeast Asian Nations] solidarity” member countries should be more supportive of one another.

“If the EU [European Union] countries can stand united on assumptions of unsustainable production and consumption of palm oil and other forest products, we as Asean should stand tall to fight against those unfair and discriminative judgements made by them,” she said.

Singapore Zoo has on several occasions created sensationalised displays on palm oil and deforestation at its Orangutan enclosures.

Kok singled out Singapore Zoo, saying that the zoo had “sensationalised” the role that the palm oil trade has played in the plight of orangutans in the messaging found at the animals’ exhibit.

Such messaging hurts the image of palm oil producers like Malaysia despite “progressive efforts” made by these countries on sustainability and wildlife conservation, she said. “In this case, the Singapore Zoo acted possibly in haste and reflected emotions expressed by many ill-informed visitors.”

Mike Barclay, group chief executive of Mandai Park Holdings, owner of Singapore Zoo, told Eco-Business that the company would continue to communicate messages in support of wildlife conservation at its animal enclosures, and that Singapore Zoo is not against palm oil, but is a supporter of sustainably sourced palm oil.

“We recognise that palm oil is the highest-yielding source of vegetable oil and the palm oil industry creates stable employment for many people across the region. Given the efficiency of palm oil production and its ubiquitous use, WRS [Wildlife Reserves Singapore, of which Singapore Zoo is a part] believes that boycotting of the palm oil industry is not effective,” Barclay said.

Kok said that while creating a sustainable consumption and production system for commodities like palm oil was important, she warned that doing so could create “barriers to trade and impinge upon developing nations striving to create more wealth exploitation of their natural resources.”

She also questioned widely-used statisitcs about the destructiveness of the palm oil trade, such as data from the World Wide Fund for Nature (WWF) which suggests that 300 football fields of forest are cleared every hour to make way for palm oil plantations.

“We [Malaysia] are the second largest producer of palm oil. If you are a palm oil producer you must be a maniac running around with a chain saw and cutting 50 football fields equivalent of forests each day. Such narratives are common and yet intellectuals, perhaps even in this room, believe such absurdity,” she said. 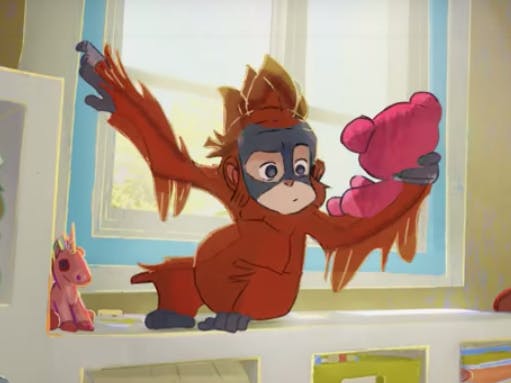 Kok also criticised a campaign by Greenpeace in the United Kingdom, later used in an anti-palm oil campaign by British supermarket chain Iceland, that depicted the plight of orangutans as a result of the expansion of palm oil plantations.

Anti-palm oil campaigns like Greenpeace’s were “belittling for us, as a producer nation,” she said, claiming that some NGO campaigns were funded by countries producing commodities that are competitive to palm oil.

According to WWF estimates, orangutans will be extinct by 2050, largely as a result of palm oil and pulp and paper cultivation, mining and road construction in Borneo and Sumatra, where they live. Orangutan populations have fallen by about a half over the last decade.

Kok’s comments come at a time when Malaysia is fiercely defending the reputation of the palm oil trade as the European Union is planning to ban the use of the commodity in biofuels, because of the industry’s links to deforestation.

Boycotts of palm oil neither protect nor restore the rainforest, whereas concerted action towards a sustainable palm oil industry can make a difference.

She said that since Malaysia made a pledge to curb deforestation at the Rio Earth Summit in 1992, the country has retained 54.8 per cent of its land area as forest cover. “The world often finds this difficult to assimilate,” she said.

“The truth is, we cultivate a total of 5.85 million hectares under oil palm. One major policy shift adopted by the Pakatan Harapan Government recently is to cap expansion of oil palm plantations at 6.5 million hectares which we expect to achieve by 2023.”

She said the country’s focus now is to use higher yielding planting materials and increase productivity without the need to expand into forests or carbon-rich peatlands.

In response to Kok’s comments, WWF’s Singapore-based global lead on palm oil, Elizabeth Clarke, commented that the palm oil trade has the potential to be “a major force for sustainable development,” if produced responsibly.

“A palm oil industry that meets sustainability standards can be key to protecting livelihoods, economies and critical natural habitats in the region, while combatting haze by preventing and managing incidents of fire in and around palm oil plantations,” she told Eco-Business.

Clarke said she was opposed to bans on palm oil, which the Europeans are set to impose for biofuels.

“Boycotts of palm oil neither protect nor restore the rainforest, whereas concerted action towards a sustainable palm oil industry can make a difference,” she said.

She noted that many businesses in Singapore, including Wildlife Reserves Singapore, have supported sustainable palm oil through Support Asia for Sustainable Palm Oil (SASPO), an industry-led association that was formed in 2016, the year after the worst haze air pollution in Southeast Asia’s history, caused partly by slash and burn forestry to expand palm oil plantations.

SASPO was supported by Singapore’s Ministry of the Environment and Water Resources.

“WWF believes that supporting sustainable palm oil is the approach that should be taken, and that the Roundtable on Sustainable Palm Oil [the palm oil trade’s largest certification body] and Palm Oil Innovation Group [a multi-staker holder initative that pushes to improve the effectiveness of certification] demonstrate that this is achievable,” she said.