Is experiential art better at sustainability storytelling than words?

More than words? A new exhibition in Singapore is using virtual reality, augmented reality and 3D printing to inform the public about plastic pollution, light pollution and the future of cities.

When Abhi Kumar, co-founder of virtual reality (VR) company Warrior9 VR went on a dive into a pristine underwater world, he was horrified. Upon surfacing, he was surrounded by plastic trash. He was so affected by the experience that he decided to do something about it.

“I can only do what my abilities allow me to,” says Kumar. “I used my skills of storytelling, augmented reality and VR, and found a way to convince people to care about plastic pollution. There’s no point in me giving you a newspaper article and saying: ‘read this and learn about plastic pollution’. I need to help you absorb the problem, to experience it, to feel it.”

And so, Our Ocean Life was born - an immersive augmented reality experience that takes the visitor on a virtual journey to see for themselves the impact of disposable plastic on the ocean.

There’s no point in me giving you a newspaper article and saying: ‘read this and learn about plastic pollution’. I need to help you absorb the problem, to experience it, to feel it.

Using technology and art to communicate problems facing the planet is the idea behind an event in Singapore held by MeshMinds, a non-profit group that specialises in sustainability storytelling. The event, ArtxTechForGood, is a series of interactive exhibits that enable visitors to learn about issues such as plastic pollution, light pollution and the future of cities.

Eco-Business met four of the artists who will be displaying their work at MeshMinds 2.0: ArtxTechForGood in March. 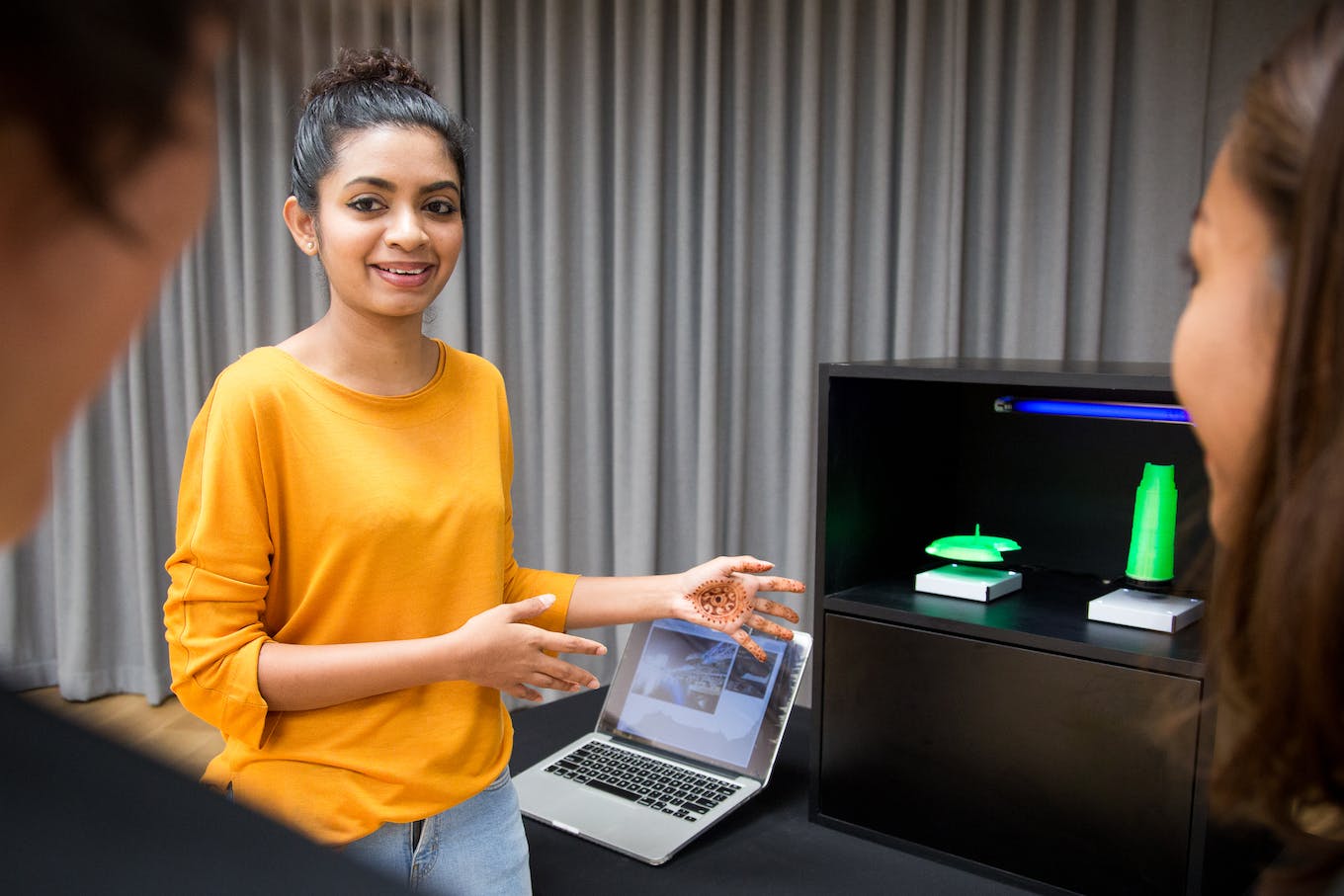 LASALLE College of the Arts student and multidisciplinary artist Yashini Renganathan demonstrates her 3D printed artwork Sabaism, which draws attention to the phenomenon of light pollution. Image: The MeshMinds Foundation

Yashini Renganathan’s installation, Sabaism—which means to worship the stars—is a series of 3D-printed sculptures of light readings. An avid astrophotographer, Yashini discovered that stars are easier to spot in Malaysia than Singapore, where the milky way cannot be seen. So she set out to illuminate the problem of light pollution.

Yashini shares that Singapore is one of the world’s most light-polluted cities, with light pollution in the city-state increasing by 6 per cent every year. Excessive light can affect the migration of sea turtles and birds and our own sleep patterns. Through her art, she hopes visitors will be inspired to help ease light pollution by turning off their lights at night. She believes being able to see the milky way should be a public right.

Inspired by the personal diving experience of Warrior9 VR co-founder Abhi Kumar, Our Ocean Life is an augmented reality tour of the underwater world complete with vibrant corals and charismatic sea creatures. But on closer inspection, trash is lurking in the depths.

Kumar hopes to confront public apathy around plastic pollution by revealing its impact on the sea and its inhabitants. “Ultimately, if some of you experience my work and think, ‘you know what? I really shouldn’t use disposable plastic straws and bottles and should take my own carrier to the supermarket,’ mission accomplished,” says Kumar. 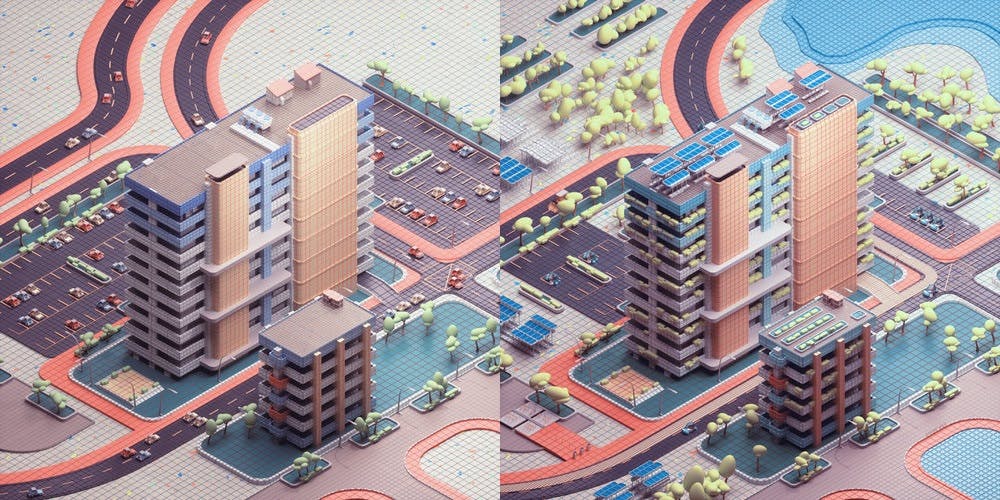 Using augmented reality, visual designer, illustrator and fine artist André Wee presents his vision of the city of the future, where solar panels are installed on buildings, public parks aplenty, commuters drive electric cars and pedestrians are prioritised. Using a QR code, visitors can use a GIF of Wee’s depiction of the city of the future overlaid on an image of a present-day city.

Wee doesn’t buy into the bleak vision of future cities as depicted in science fiction movies such as Bladerunner and The Matrix. He wants to give a more positive outlook through his art. “Tomorrow isn’t actually so bad, it could be even better,” he says.

Water Bodies, a VR experience by illustrator and visual artist Adeline Tan, is a journey into the human stomach. The visitor follows the journey of swallowed liquid down into the gut, where they encounter microscopic creatures which do not seem to belong. Armed with game controllers, the visitor points at these objects and shoots them.

Adeline Tan’s research of an organism termed the ‘cyclops‘ took her to videos of zooplankton ingesting microplastic. Horrified, she wondered if microplastic could be found in the water we drink, and found that most people have some form of microplastic in their bodies. Plastic was discovered in human faeces last year.

The installation encourages people to think about plastic pollution and trash, and how what we throw away does not only up in the stomachs of whales and seabirds, but in people too.

ArtxTechForGood will be held at ArtScience Galleries, Singapore, from 7-17 of March. Entrance is free.