Is blockchain an overhyped tool for Asia's energy transition?

Blockchain is already used in energy projects from South Africa to Singapore, but questions linger over its significance in the transition to clean energy. What was the final word when six industry experts came together for an animated debate over its potential?

Branded as a revolution when it was launched in the early 1990s, the Apple Newton MessagePad personal digital assistant turned out to be a disappointment, but helped pave the way for the hugely successful iPhone and iPad.

And while smart eyewear could today be said to be overhyped, the technology could prove itself in future.

The same thing could be said about blockchain and its use in the transition of the energy sector from fossil fuels to renewables, a topic that was heatedly debated by industry experts at an event in Singapore in September.

Widely heard of but little understood, blockchain has been hailed by its advocates as a gamechanger for society and the economy, but dismissed as largely unnecessary by sceptics.

A blockchain is a growing file of data entries that are stored on the computers of participating players instead of a central server. New entries or transactions are added by consensus in an automated approval process among the computers, blockchain governance expert Viktor Peter explained in Blockchain Meets Energy, a report published in June by the German-Mexican Energy Partnership and Florence School of Regulation.

What blockchain won’t do 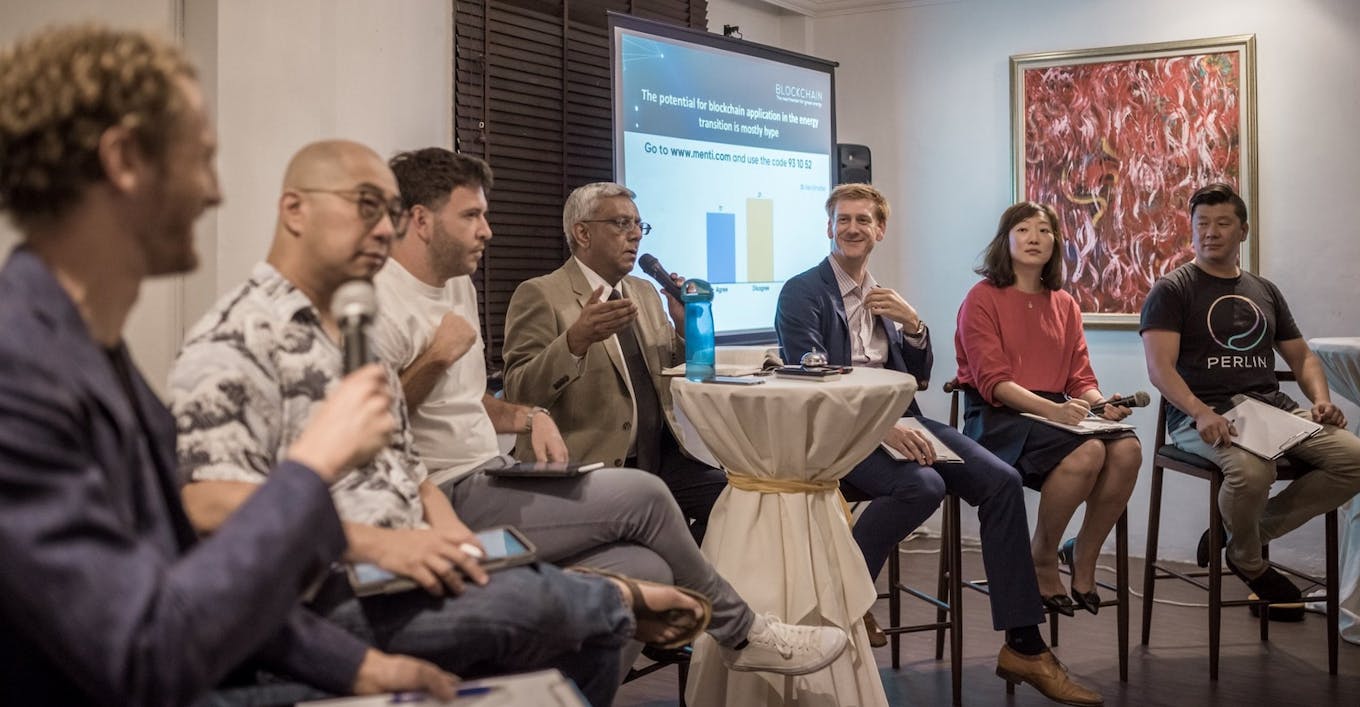 Cloud systems and databases may be sufficient for the needs of utility companies and other energy players, said Lim.

“If we focus entirely on the outcomes, then we may realise that (it’s) not 100 per cent of the time we need blockchain,” he said. “Blockchain’s a technology… we can’t just invent a use for it just because it’s there.”

While highly useful for tracking and registering transactions, blockchain “really sucks when it comes to things that have to do with physical hardware”, said Lim.

Blockchain will not fundamentally resolve barriers to the energy transition from fossil-based to zero-carbon, argued Vaquette. The transition entails having more renewables in the grid, which will require a physical transformation, such as more batteries to store the energy generated.

A lot of engagement with local communities is also needed to get renewable energy projects started, said Vaquette, who has worked on such projects in Mindoro in the Philippines. “Trying to convince someone to replace a polluting 25-year-old power plant on their island with something they don’t know (about), you say it’s cheaper but they don’t believe you—whether you have blockchain here or not is not going to solve the problem,” he told about 100 attendees from sectors such as energy, property and telecommunication.

While blockchain can facilitate peer-to-peer transactions, it will take a considerable amount of time before the energy industry enables data transfer and monetary transactions through public blockchains and involves a significant number of its stakeholders, said van Geelen, whose side emerged victorious in an audience vote.

Legitimate and ‘inevitable’ for the energy transition

Blockchain is already used in places such as South Africa, New York, Bangkok, Australia and Singapore, and global revenue from the technology could exceed US$23 billion in 2023, Hong noted.

BCPG installed connections, meters and solar panels in a neighbourhood and Power Ledger connected its blockchain to the meters, which enabled peer-to-peer energy trading and invoicing. The trial involved a shopping centre, a school, an apartment building and a dental hospital. Participants were able to make money from the excess renewable energy generated.

Blockchain could even help tackle haze in the region caused by forest and plantation fires in Indonesia, if land rights and titles are entered into an immutable, uncorruptible database, said Sun.

The uses of blockchain are extensive and legitimate, even if it does not directly make the energy sector greener, argued Bakker. “Fertiliser is not going to feed me; it’s disgusting. But I cannot say it’s a hyped up tool (in food production because) it’s essential to feed seven billion people. And so, blockchain will be inevitable for the energy transition,” he said.

In his keynote address before the debate, Reneum’s chief executive Assaad Razzouk said a key frustration is the under-investment in renewable energy needed to limit global warming to no more than 2°C by 2100. 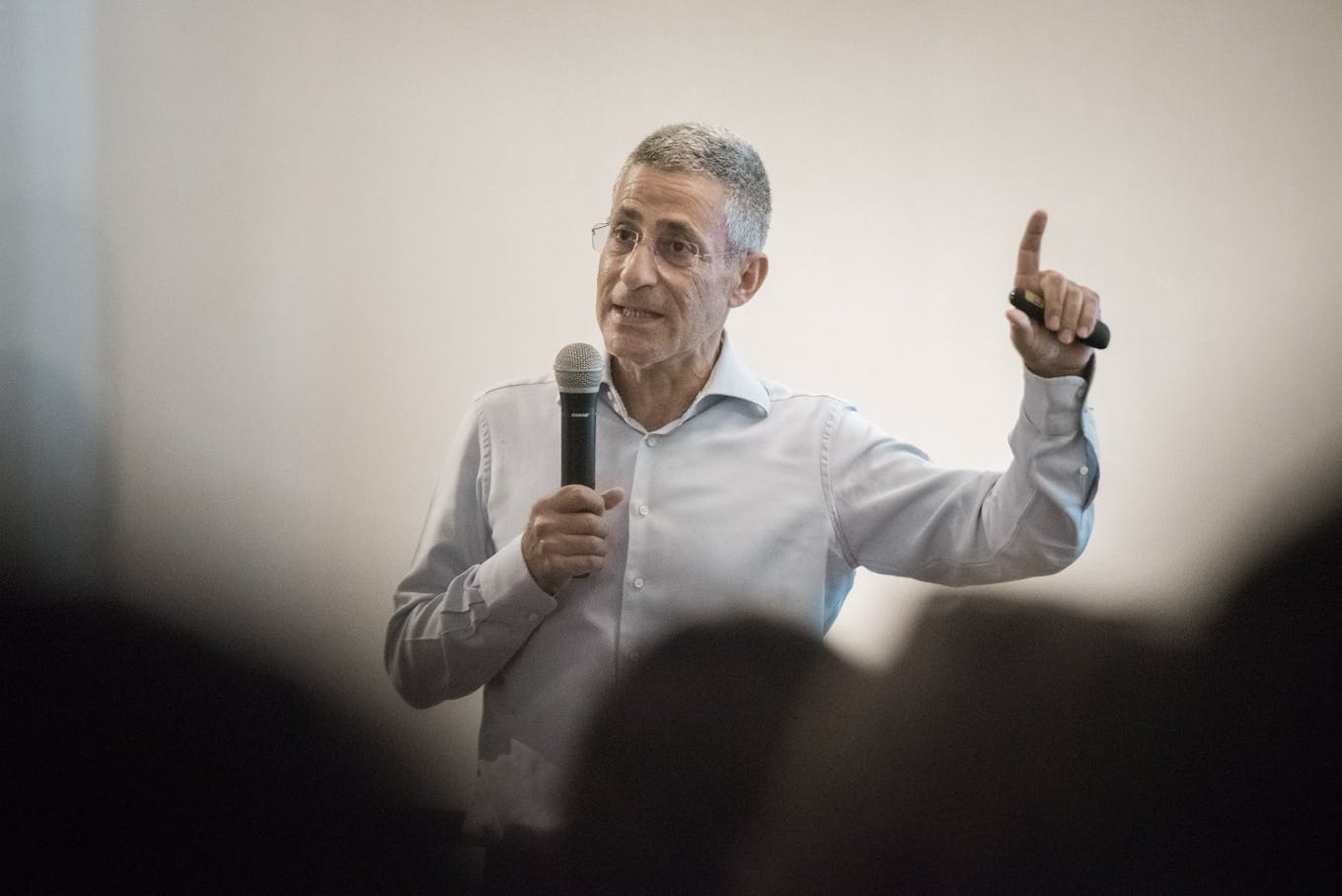 “With some colleagues, I started to think about how blockchain can accelerate investments into green infrastructure and renewable energy worldwide. The answer is not easy because capital is generally resistant to change,” said Razzouk, who is also group CEO of Sindicatum Renewable Resources.

A low-hanging fruit is the digitisation of the environmental attributes of renewable energy, he said.

The not-for-profit Reneum operates a digital platform that leverages blockchain to facilitate environmental attribute certification, the issuance of tokens and transactions. Tokens are issued for clean energy generated and can be bought by corporations seeking to meet sustainability targets.

Asked about blockchain’s high energy consumption—largely due to Bitcoin mining, which involves intensive computations to prove blocks of transactions—Razzouk said it is not a problem if powered by clean sources, and pointed to findings that Bitcoin mining is more than 74 per cent powered by renewables.

Environmental attribute certification has the potential to boost investments in renewable energy by stimulating investment in unregulated or underserved markets, mitigating investment risk in less mature regions, and increasing financing of new projects, he said. “Today, only 16 per cent of renewable energy can be properly traced… Imagine if you digitise all your energy globally.”