A new study published in Lancet Planetary Health reports how localised deforestation and global warming are contributing to an increase in heat-related deaths in Berau, a district in Indonesia’s East Kalimantan province on the island of Borneo.

Researchers from the University of Washington and Mulawaran University in Samarinda, the East Kalimantan capital, used publicly accessible satellite data to calculate changes to forest cover and ground temperature between 2002 and 2018 in Berau. They concluded that a deforestation-induced rise in mean daily maximum temperatures of 0.95° Celsius (1.71° Fahrenheit) over the 16-year period resulted in the additional deaths of 101-118 people annually.

“When you consider it has taken the wider world 150 years to warm by +0.95°C, compared with just 16 years in Berau … the dramatic impacts of deforestation on this region’s climate become clear,” said lead author Nicholas Wolff, a climate change scientist with global NGO The Nature Conservancy (TNC), which also worked on the study.

Heat has long been considered an environmental and occupational hazard, with rising global temperatures posing numerous public health concerns in the form of a potential epidemic of chronic kidney disease, heat-exacerbated illness, and excess mortality. As the climate shifts, 1 billion people are threatened by a risk of heat stress, scientists say, with disproportionate health effects felt by those living in low-latitude tropical countries such as Indonesia.

Central to the study is the widely underestimated role rainforests play in cooling surrounding landscapes, in addition to their role on a global scale in stimulating cycles of energy, water and carbon. 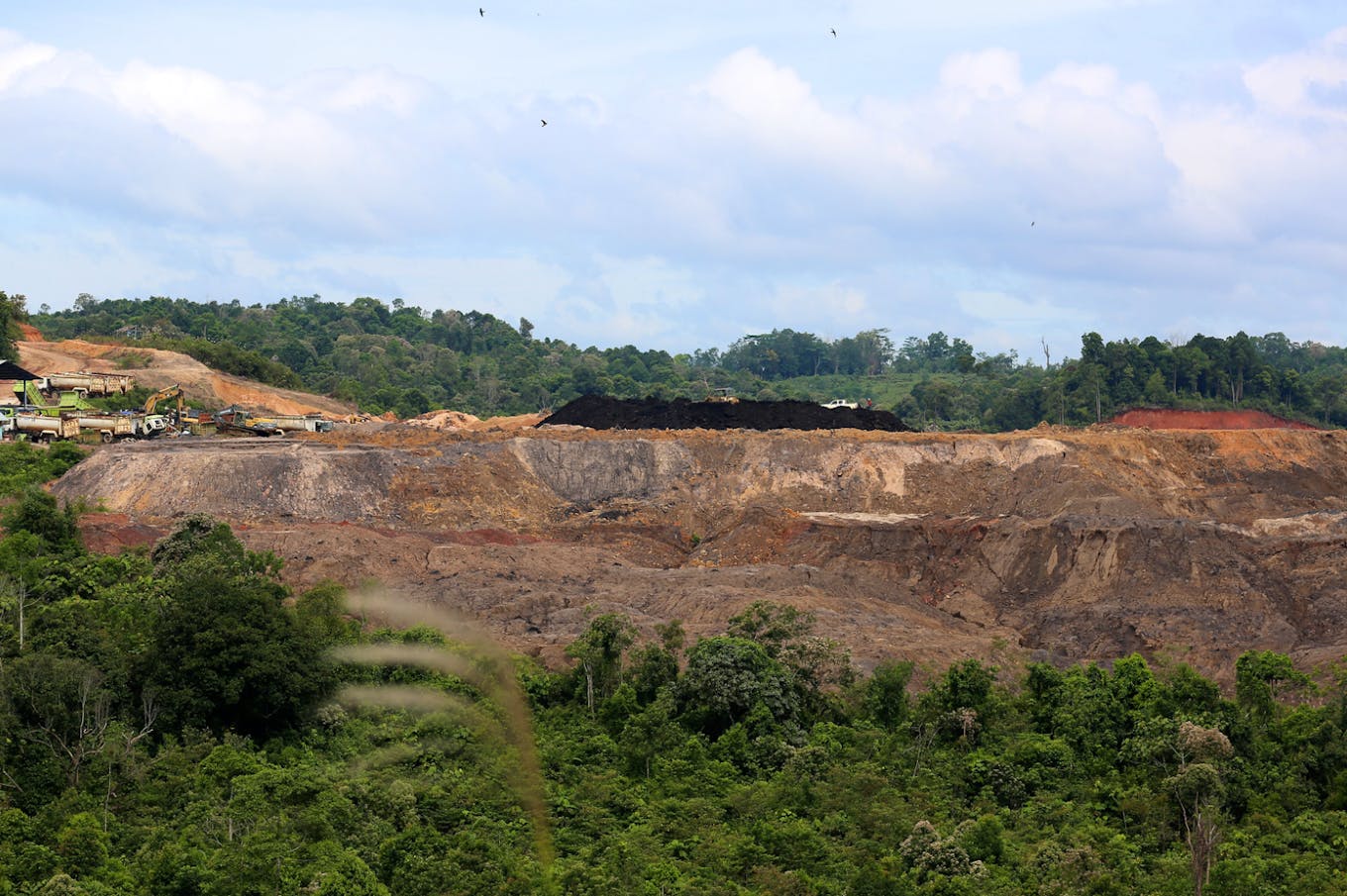 Satellite data indicate that 4,375 square kilometers (1,689 square miles) of forest, covering 17 per cent of Berau’s total area, were cleared between 2002 and 2018, according to the study. More than 28 per cent of the cleared land sits at an elevation of less than 200 meters (660 feet), where 98 per cent of the population lives. While the average temperature increase in Berau was just below 1°C, in some localised deforested areas immediate temperature increases higher than 5°C (9°F) were observed.

Moreover, the research team observed that these temperature increases due to deforestation already exceed the projected post-industrial high-emission warming scenario of 2.2-5.1°C (4-9.2°F) warmer than the present day by the end of the century.

The researchers say the study establishes a clear link between deforestation and heat-related mortality. Even under favorable work conditions in Berau, working in deforested areas, compared to forested areas, for 90 minutes can lead to elevated core body temperatures higher than 38.5°C (101.3°F).

“While +0.95°C may not sound like much in isolation, extrapolated across whole populations and coupled with a rise in unsafe working conditions in rural communities where many people have no choice but to work outdoors, the wider implications for human health and livelihoods are worrying and definitely justify further research to find solutions,” Wolff said.

Between 2002 and 2018, work time deemed as “unsafe” due to heat exposure saw an increase by almost 20 minutes per day in deforested areas, according to the study. This was compared to less than 2 minutes per day in areas that maintained forest cover.

Citing predictive climate warming models, the researchers wrote that with 2°C (3.6°F) of additional future global warming, Berau could experience an estimated 17-20 per cent increase in “all-cause mortality,” or deaths from any cause (corresponding to an additional 236-282 deaths per year) and a jump of almost five unsafe work hours per day, according to the study.

“Having spent the past five years exploring the impacts of global warming on human health, we believe this latest study represents one of the first-ever to highlight how deforestation and climate change are increasing mortality among low and middle-income communities in lower-latitude countries, while also contributing to a potentially even more serious increase in unsafe working hours,” said senior co-author Yuta Masuda, another TNC scientist.

The study highlights the immediate and drastic effects of deforestation on heat exposure. Where global climate change unfurls over decades or centuries, deforestation is happening much more quickly.

“Previous research into the health implications of climate change has tended to focus on city-dwellers and the Global North,” Masuda said. “We sincerely hope our study’s findings will prompt greater awareness and support for those frontline rural communities in latitudes where temperatures and humidity levels are already so close to human heat-stress thresholds.”