Ikea, the Swedish furniture giant, has committed to producing as much clean energy as it consumes at its retail stores and factories. Eco-Business speaks to Ikea's chief sustainability officer Steve Howard about the company’s renewable energy policy.

Ikea, the Swedish home furnishing firm, was built on the vision to “create a better everyday life for the many people” and to date, it has grown into a retail giant with more than 350 stores and 150,000 employees globally. The family-owned company is recognised not only for its functional and affordable furniture but is also building a name for itself with its trail-blazing efforts in its green energy and corporate sustainability strategies.

The company is part of RE100, an initiative of The Climate Group and CDP, to encourage the world’s most influential firms to commit to going 100 per cent renewable.Under its ‘People and Planet Positive’ sustainability strategy launched in 2012, it made the commitment to produce as much clean energy as it consumes by 2020.

From using sustainable cotton to recycling more than 87 per cent of the waste it generates, Ikea has won many accolades for its efforts, including the Guardian Sustainable Business Award and the BusinessGreen Leaders Awards’ Company of the Year.

It has already invested 1.5 billion euros on wind and solar power installations since 2009, and will continue to invest another 600 million euros into producing renewable energy over the next few years, the company said in June.

The company already boasts 700,000 solar panels on its roofs and has signed up to own and operate 314 wind turbines. The Ikea Foundation, the charitable arm of the family-owned group, will also invest 400 million euros by 2020 to support communities in nations vulnerable to impacts of climate change such as floods, droughts and desertification.

In this exclusive interview with Eco-Business, Howard shares his thoughts on Ikea’s policy on renewable energy, its philosophy on sustainability, and its fastest-growing market: China.

What’s the reason for this ambitious target of powering 100 per cent of your energy consumption with your own renewable energy (RE) production? When and how did this initiative on sustainability begin at Ikea?

Sustainability has always been at the core of IKEA’s business, and we acknowledge the fact that climate change is one of the most challenging problems facing society. IKEA is very focused on helping to tackle climate change in our own operations and in our supply chain, and we also try to inspire and enable our customers to live more sustainably at home. As well as being good for the planet, investing in our own renewable energy makes good business sense, and can help to protect us from variations in energy costs.

As a large international company we also think it is important to play a leadership role. This way, we can encourage other businesses and government leaders to be more active in tackling climate change. That is why we have become more vocal in the last two years. However we have been on the road towards a more sustainable business since IKEA was founded seventy years ago.

Where would the bulk of your RE investments be in? Ikea has allocated US$1.9 billion in RE projects by the end of 2015 and a lot of them are in wind power. Why the preference for wind compared to other clean energy sources?

We believe that wind is a fantastic resource and investing in wind farms can be the best way to increase our production of renewable electricity, from both a cost and environmental perspective. It can also help us manage our power bills.

We have now committed to own 314 wind turbines in nine countries. But wind is not the only source of renewable energy that we utilise. IKEA Group also uses solar and energy from biomass. We invest heavily in solar installations and have now installed 700,000 solar panels globally. 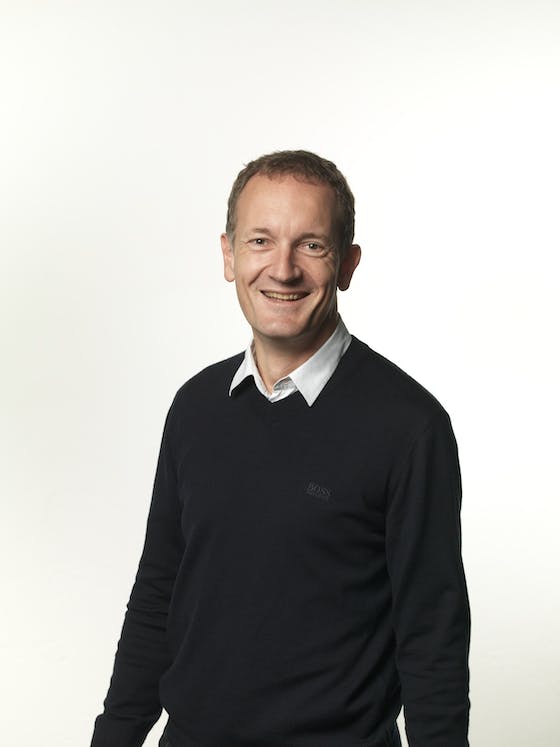 Please share with us some of your key initiatives and investments in RE and their impact, as well as new projects? Can you share with us Ikea’s progress on meeting the 2020 target?

Last year, the IKEA Group announced the purchase of two wind farms in the United States – a 165-megawatt wind farm in Cameron County, Texas, and a 98-megawatt wind farm in Hoopeston, Illinois. Together, the IKEA Hoopeston and Cameron wind farms are expected to generate nearly 1,000 gigawatt hours of electricity per year, which is equivalent to the average annual electricity consumption of around 90,000 American households.

In February this year, the IKEA Group announced the acquisition of a new wind farm and a commitment to buy two existing ones in Poland. Once operational, the six IKEA Group wind farms in Poland will produce an annual equivalent of the electricity needs of 225,000 average Polish households.

IKEA Group’s operations in Poland is now set to become energy independent by the end of the year - meaning, we are producing more energy from renewable sources than we are consuming in our buildings.

Our US operations are also on track for energy independence this year.

Would you be able to share with us the success of solar-panel sales at your stores in the UK, Netherlands, and Switzerland? How many panels have been sold and would you have plans to broaden this to other stores?

We strive to introduce to our customers new ways to live more sustainably, and the solar panel offer is one of them. We aim to make solar affordable and attractive to as many people as possible.

Last year, IKEA UK and Ireland completed the roll-out of the solar panel offer to all 18 UK stores. Our panels are being bought by people with smaller homes than the average UK residential solar customer. Our competitive prices and pay-as-you-earn Solarloan mean households who were previously priced out to the market can now invest in solar. This scheme allows customers to take 15-year loans at an interest rate that will allow panels to generate enough savings in energy bills to cover loan payments.

The offer has been successfully introduced in the UK, the Netherlands and Switzerland, and that has given us valuable insights to be able to create a growth plan that can be translated into other countries in future.

What do you think is the potential for your global RE effort to be implemented in Asia? Which markets in this region are the most interesting to Ikea?

IKEA is a large international retailer, and we want to have a positive impact on people and the planet where ever we are present. This includes investing in renewable energy where possible for our operations in Asia. We have PV roof top installations in China, Korea, Japan and Australia, and also a PV carport installation in Japan.

Together with our suppliers, we have also made good progress with improving energy efficiency and increasing the share of renewable energy used in the production of our products in Asia.

China, Ikea’s fastest-growing market, has promised to  implement more policies to make sustainability a part of the economy. How will that fit into your plans for your China business, and what are your own plans for sustainability in China? According to the RE100 Website,  Ikea ran 5 pilot projects in China to study how you can support both energy efficiency projects and renewable energy installation with your suppliers.

IKEA is a large international retailer, and we want to have a positive impact on people and the planet where ever we are present. This includes investing in renewable energy where possible for our operations in Asia.

In China, we work with our suppliers in three areas – energy efficiency, water efficiency, and sustainability improvements. Supplier Goes Renewable is the name of the energy efficiency project where a number of suppliers participate. Within water efficiency, we work together with other brands within the Sweden Textile Water Initiative Projects. This  focuses on water issues in the supply chains of Swedish textile and leather companies – from thread and raw hide to finished product – with the aim of contributing to wiser water management.

We also use the so-called Sustainability Score Card for each supplier. We track improvements for instance in raw material utilization, waste management, energy efficiency, water efficiency, and score each supplier’s progress.

Our retail operations in China are among our fastest-expanding, opening three new stores a year. This presents a great opportunity for us to implement the IKEA Group People & Planet Positive sustainability strategy in all stages of store projects. Energy efficiency and renewable energy investments have become standard from early layout planning, and our existing stores take great actions to move forward, too.

Comparing with financial year 2010, the country’s energy efficiency improved by more than 20 per cent by the end of financial year 2014. Site-generated renewable energy has been widely used in the Chinese stores, with sources being geothermal heating installation, PV installation, and solar water heating system. The energy is used for lighting and heating stores, and the hot water goes to co-worker showers and dishwashing in the kitchen. This means a reduction of thousands of tonnes of CO2 emissions from our operations.

Customers should be able to buy a product that is sustainable at no extra cost, and ideally that product should enable them to live more sustainably at home. LEDs, the next best thing to daylight, are a great example. They use 85 per cent less energy and last 20 times longer than traditional incandescent bulbs. The whole IKEA lighting range will convert to LED technology in September 2015.

At IKEA our vision is to create a better everyday life for people. Our business idea supports this vision by offering a wide range of well-designed, functional home furnishing products at prices so low that as many people as possible will be able to afford them. We believe that sustainability, and sustainable products, should be available to many, and not just exclusive to a few.

Green bonds – and a newer, flashier financing vehicle called the yieldco – are generating considerable buzz in the renewable energy sector. In Asia, it’s early days but experts say it’s a matter of time before these financing options become widely available for infrastructure owners and investors.
The emerging renewable financing landscape

Why the smart money is looking at clean energy in Asia

With demand for clean energy outstripping supply in Southeast Asia, private companies and institutions have an increasingly crucial role to play in plugging the finance gap for such projects.
Why the smart money is looking at clean energy in Asia