How driverless cars will free cities from congestion

[Magazine Exclusive] A new study by the International Transport Forum has found that introducing a fleet of shared driverless cars to cities could dramatically reduce car populations without compromising on mobility and convenience.

Self-driving cars could take nine out of 10 cars off city streets, free up more public space for recreational and commercial use, and even remove the need for expensive rail infrastructure in the future, a new study has found.

In the study on ‘How shared self-driving cars could change city traffic‘ released on 23 April, researchers from the International Transport Forum (ITF) at the Organisation for Economic Co-Operation and Development (OECD) used data modelling techniques to predict how autonomous cars would change the nature of urban mobility in a hypothetical mid-sized European city “at some unnamed time in the future”. 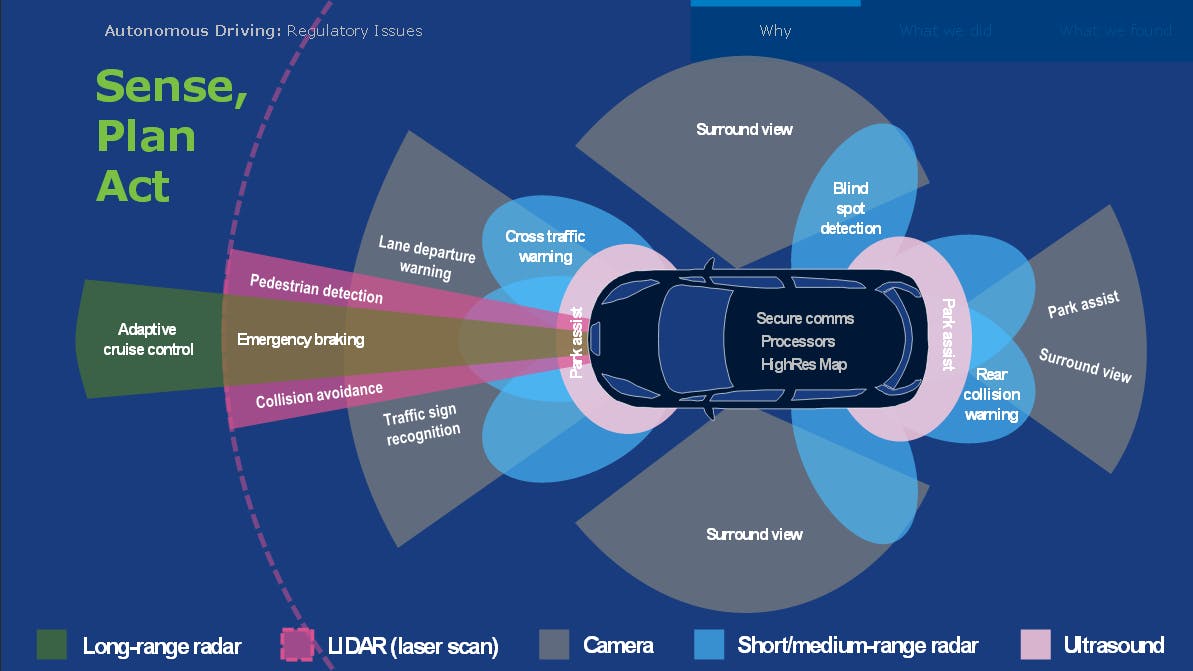 The combination of radar, camera, and ultrasound technology that contributes to a car’s self-driving capabilities. Image: International Transport Forum

These cars have largely been confined to the realm of research and testing to date, with companies such as search engine giant Google developing technology for autonomous electric vehicles and piloting them on the streets of various American states including Washington DC, Nevada, Florida, and Michigan.

European countries, too, have begun to allow these vehicles to be tested on their roads. Italy, France, Belgium, Sweden and the United Kingdom are among those who have allowed testing autonomous cars in some cities. More recently, car manufacturers such as Mercedes Benz and BMW have also revealed driverless prototypes, with industry observers predicting that 20 years from today, most new cars will be driverless.

Click here to read the rest of this feature story in the Eco-Business magazine.