“It took us 88 years to hire a head of ethics. And now we wonder how we’ve ever done without one,” said Wilf Blackburn, the outgoing chief executive of life insurer Prudential Assurance Company Singapore (PACS), who has just moved into a regional role based in Hong Kong, after almost three and a half years running one of Singapore’s biggest life insurers.

An ethics function is still a rare thing in the insurance world, but PACS recognised the need for help in guiding its moral compass. Blackburn appointed Yeoh El Lynn to lead the ethics and sustainability team less than a year ago, moving her over from a role running the company’s community investment arm.

Around the time of her appointment, the company ran an ethics survey to examine how responsible the company is perceived to be among internal stakeholders.

Since the survey, the company has unearthed a recent case of workplace bullying that resulted in a dismissal. 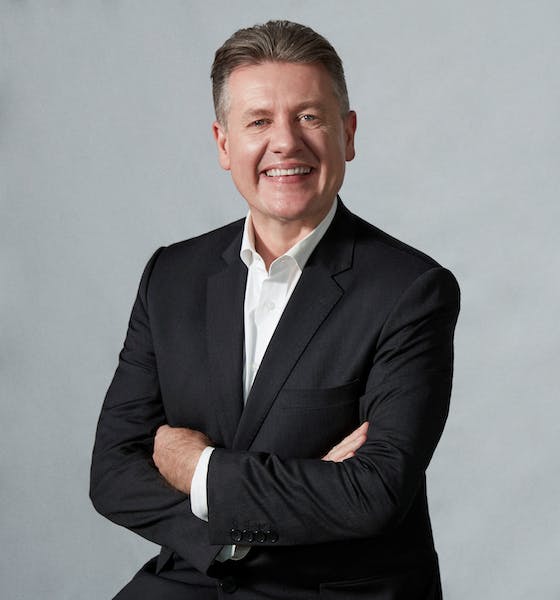 “If we hadn’t done the survey, we might not have picked it up. Maybe it wouldn’t have been called out as a problem if there wasn’t the sense that management really cared,” said the Brit, who says he’s been trying to encourage a “speak-up culture”.

Discrimination has been the focus of the ethics drive. Which is just as well, as Singapore announced stiff new penalties for disciminatory practices by employers in January this year.

Employers that avoid hiring or keeping older people is a known concern in Singapore, and Prudential has introduced policies to weed out ageism.

“People were retiring at 62 because that’s the statutory retirement age [in Singapore],” said Blackburn. “From an ethical point of view, we don’t think that’s right. So we scrapped the retirement age.”

We do have a big gender bias—towards women.

The company does not ask interview candidates for their year of birth, or ask them to provide identity cards when they apply for a job.

Prudential has also raised the Central Provident Fund (CPF, Singapore’s mandatory savings scheme) contribution rate it pays for its staff above the age of 55 to the level it pays younger employees.

“On the one level, it’s about becoming a more attractive employer. But on another level, why should we discriminate at all?” he said.

In one area, the company might appear to discriminate. “We do have a big gender bias—towards women,” said Blackburn.

Is this a result of positive discrimination, Blackburn is asked. No, he said. It’s just because the company treats different genders equally—including the amount they are paid. Gender pay parity in Singapore was news in January when it emerged that Singapore women are paid about 6 per cent less than men.

The company gives women 50 per cent more maternity leave than the statutory requirement (six months instead of four months).

“That’s big in Singapore, because most companies here tend to just do the minimum,” he said.

How has a greater female presence changed the company?

“What we do requires collaboration across the business. That requires better relationship-building and an ability to manage relationships. Male-dominated environments are more silo-based and internally competitive,” said Blackburn.

The design of Prudential’s offices in the central business district and a liberal approach to work rules are part of the plan to create a fairer, more equitable workplace.

The work space is open plan. There are no individual offices, cubicles, reserved seat spaces, job title name plaques, and staff have no fixed working hours, and come and go as they please.

“It’s a meritocratic system with little hierarchy. As everyone is coming and going all the time, no one feels uncomfortable about going home to do whatever they need to do. And that removes a lot of stress for everyone. It’s all part of helping our people to live longer—as that’s the business we’re in.”

“All managers have to trust their people, and we put a lot of emphasis on trust. And we are performance driven. Everyone knows exactly what their objectives are, and there are big rewards for hitting targets. Our people are driven by outcomes rather than inputs,” said Blackburn. 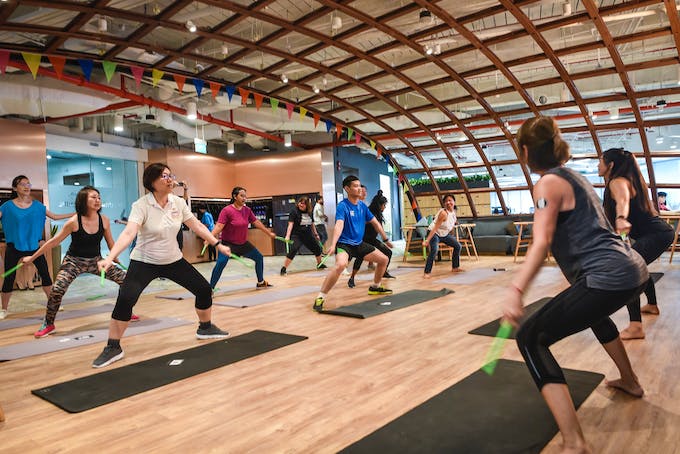 The company puts on free aerobics, mindfulness, yoga, and Tai Chi classes, which Blackburn says is in line with the company’s main sustainability goal - to help people to live longer, healthier lives.

“It’s not like all 1,200 staff sign up for everything. But these measures help them to think about sustaining their lives for longer.”

There’s also free food, and all of it is healthy—apart from the free Tiger Beer that’s on tap from 5pm every day.

“We take the view that if we create the right culture, to lead a sustainable life, the business benefits will follow,” said Blackburn, who noted that the company had jumped 117 places in three years in a ranking of the best places to work in Singapore.

“Frankly, it’s in our interests for our customers to stay healthy for longer,” said Blackburn.

One million Singapore residents use Prudential’s life insurance, and healthier customers cut the probably of insurers paying out for hospital bills.

Singapore overtook Japan as having the world’s highest life expectancy—of 84.8 years—last year, and half of all babies now born in rich countries such as the city-state can expect to live until they’re 100, Blackburn noted.

A pricing approach for plans that reward healthy behaviour, and a corporate social responsibility programme that gifts the elderly poor with healthy food at Christmas time are among the company’s efforts to fulfill its sustainability ambition. The firm has also been “bombarding” its customers with information about the COVID-19 coronavirus, Blackburn said.

Besides designing life insurance plans that help give sick people cover for longer, PACS has started to think harder about the impact it can have beyond its customer base.

The company established an environmental, social and governance (ESG) committee last year, and has green policies in place for procurement, energy and waste management. It is also working on ensuring that the S$40 billion in investments its manages on behalf of its customers are invested ethically, and is to publish its first sustainability report in the coming months.

“This year is the beginning of an important decade for climate action,” said Blackburn.

“Regulators are discussing the role of insurance companies on ESG. But we think that we shouldn’t wait for regulators in order to a responsible business. We think that companies should be proactive in responding to the big societal challenges of our time.”

Policies for building back better are ‘a matter of political will’: UN chief economist

Most resources are still flowing into unsustainable activities because of inertia, the way risk is assessed, and ‘debilitating’ uncertainty over what sustainable investment is, said UN assistant secretary-general for economic development Elliott Harris.
Policies for building back better are ‘a matter of political will’: UN chief economist

How can Asia bridge the gap between finance and sustainability?