How can journalists write compelling stories on the SDGs?

Reporting on sustainable development issues can be sexy if done right. How can journalists convince editors and readers that development stories are worth reading?

As the year 2030 approaches, the need for governments, business leaders and civil society to pull together in a global shift towards more sustainable ways of living becomes ever more important if the world is to achieve the UN Sustainable Development Goals (SDGs), a set of 17 goals that seek to create a fair, clean and sustainable world.

The media, through the provision of timely and relevant information, must play a central role in enabling the world to develop this common future, according to Farhana Haque Rahman, director general of international news agency Inter Press Service (IPS).

To that end, a two-and-a-half-day media workshop held in Singapore on 27 to 29 June 2018 discussed strategies for how journalists can report on the SDGs in a more engaging and effective way.

The event, which was hosted by IPS in collaboration with Singapore-based media organisation Eco-Business and sponsored by the UN Foundation, was attended by 25 journalists and observers from various backgrounds.

Mass communication serves as the greatest multiplier in development.

It featured high profile speakers from the public and private sector as well as journalist trainers with a particular expertise in reporting on sustainable development that included Stella Paul, independent correspondent at IPS, and Jessica Cheam, managing editor at Eco-Business.

Raising awareness of current social, economic and political issues surrounding the SDGs, the workshop aimed to give participants a better understanding of the 2030 agenda and the crucial role of the media in its implementation.

“The enormously increased flow of information in developing nations provides a climate for national development. It makes expert knowledge available where it is needed and provides a forum for discussion,” she shared.

While a key aspect of IPS’ work is training journalists in developing countries to report on critical issues from the field, Rahman also saw a need for capacity-building for more effective reporting on the SDGs in developed countries.

“Development journalism has been on the decline. Mainstream news, particularly in the North, still has a huge gap,” she noted, adding that many journalists are not familiar with the issues relevant to each of the 17 SDGs.

A central topic at the workshop was the perceived lack of public interest in sustainable development, which makes it particularly challenging for journalists to have SDG-related stories published.

“The problem is that often even journalists don’t find the SDGs attractive,” said Stella Paul, who has spent her career covering environment and development issues from more than 20 countries. “But once you become interested, you start seeing interesting stories.”

Stella Paul, independent correspondent at IPS and one of the workshop trainers. Image: Eco-Business

Urging participants to recognise that nearly all aspects of life and development are related to the SDGs, she said: “First you should choose a topic that interests you and your readers. It is when you are already writing the story that you can refer to the SDGs.”

Cheam, who founded Eco-Business as a platform to advance sustainability issues in the region, added: “The SDGs cut across all beats. The SDGs underpin everything from business to environment to transportation to local stories and it’s really about trying to pinpoint where is the story you want to tell.”

Both trainers also recognised the importance of multimedia in generating reader interest. Incorporating aspects of documentary and visual journalism into SDG coverage was cited as one strategy to make SDG stories current and engaging.

Cheam said: “The fact is, you cannot write a story in one format anymore. How do we package something for social media? Can you make it come alive, can you use digital journalism?”

It is a rising Asia that appears to define the story of our time.

During a discussion with Arndt Husar, deputy director of the Global Centre for Public Service Excellence at the UN Development Programme, journalists highlighted the role of social media in acting with multimedia journalism to tell the full story.

One participant suggested picking up story ideas that were already generating interest on visual channels such as Instagram, and advancing them with their own investigative reporting.

Husar shared a story of a government official in Samoa who was tasked to conduct the digital transformation of his government, citing it as an example of human interest stories that could potentially inspire the media to further stories on development.

In her session, Paul said that journalists should take readers’ interests into account, pointing out that transboundary stories which address multilayered issues now often sparked greater interest than local stories. “No reader wants to be considered hyperlocal. They want to be thought of as people who travel and are interested in cross-country and global issues,” she said. 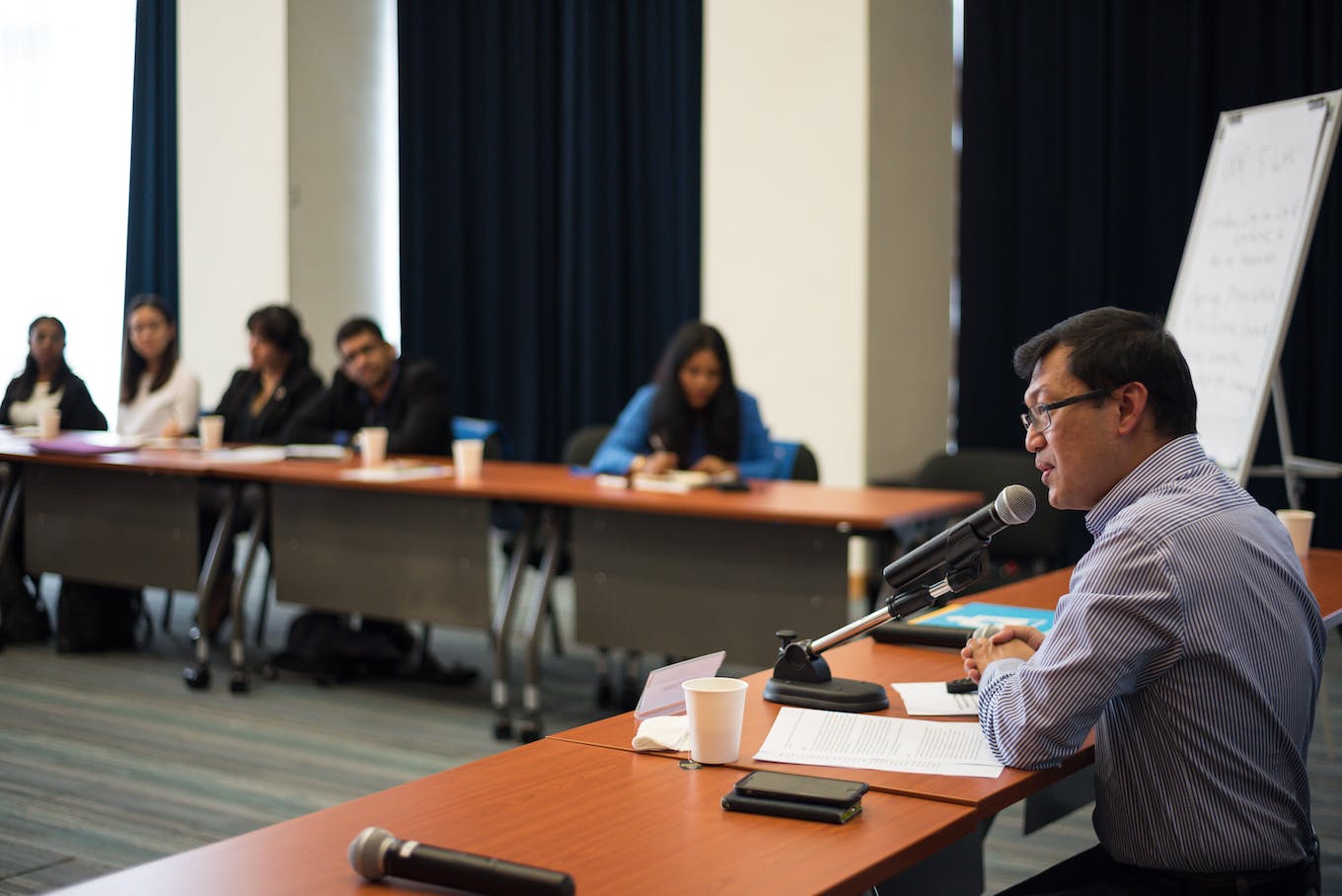 Asia: a hotspot for SDG stories

Speakers highlighted the voluntary national reviews (VNRs)—country-led reviews of progress and achievements related to the SDGs at the national and sub-national levels—as an important opportunity for journalists to keep up to date with what is happening in their countries on sustainable development.

From 8 to 12 July, 48 countries presented their reviews to the United Nations in New York City. Singapore, along with Vietnam, Laos, Bhutan and Sri Lanka, was one of the five countries from Asia that presented their VNRs to the world, focusing on five SDGs, which were addressed by various speakers at the workshop.

The key SDGs were: Goal 6 on water and sanitation, Goal 7 that focuses on affordable and clean energy, Goal 11 on sustainable cities, Goal 12 that talks about responsible consumption & production, and Goal 15, which is concerned with preserving the natural environment on land. 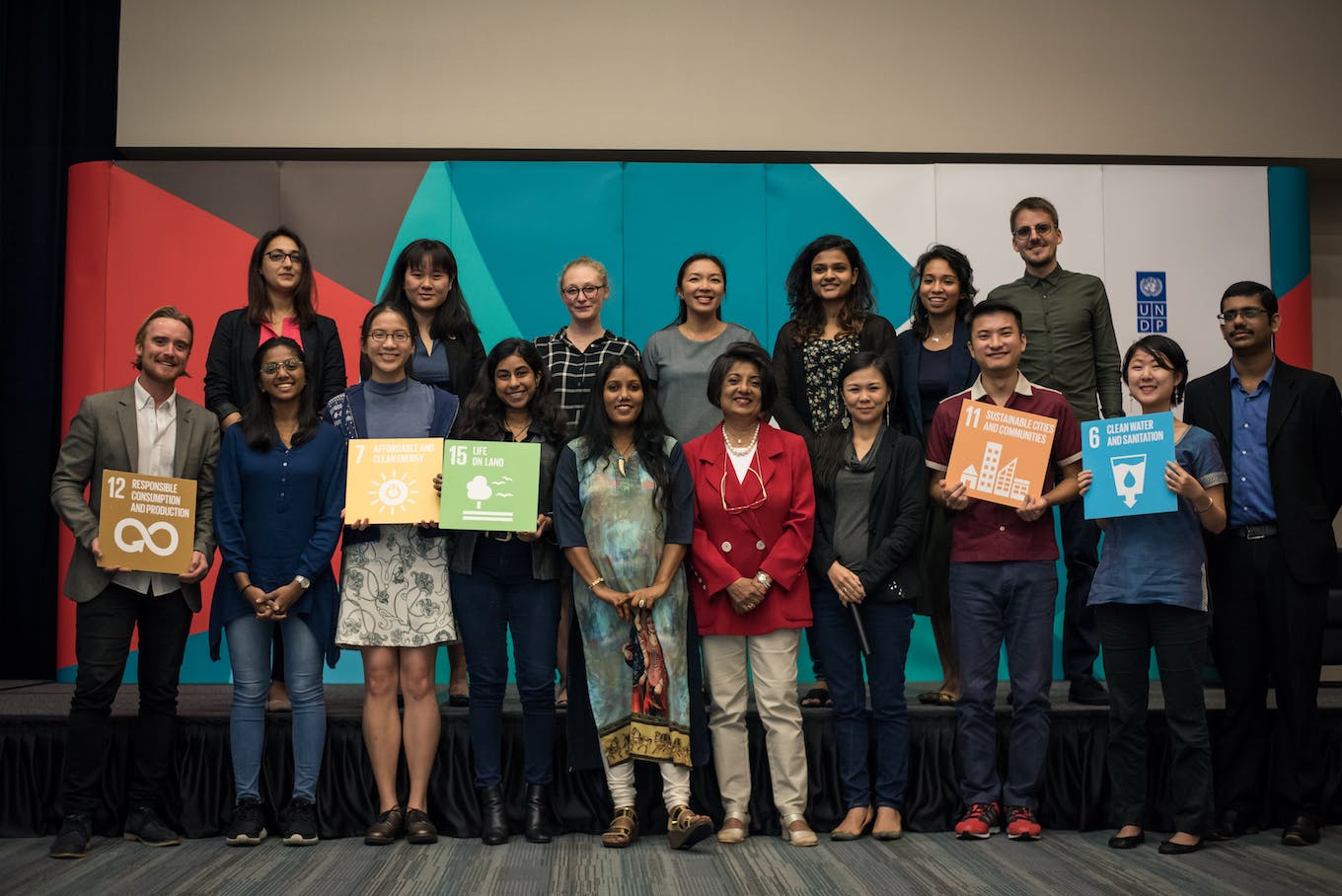 Addressing comments that information about Singapore’s sustainable development initiatives is not publicly accessible, the Centre for Liveable Cities’ deputy director Lim Teng Leng said journalists can also request information from government institutions or visit the URA gallery, which provides an overview of the newest developments.

Dr Iftekhar Ahmed Chowdhury, principal research fellow at the Institute of South Asian Studies in Singapore, said that there is increasing interest in developments in Asia. With the changing world order, more countries were looking and acting East, making regional reporting on development issues more relevant today than ever before, he added.

“It is a rising Asia that will define the story of our times,” he said.