How blockchain can transform the renewables market

Blockchain technology could be an environmental game-changer. In 2021, the United Nations Environment Programme (UNEP) co-authored a report on how the technology could expand and accelerate renewable energy deployment and other climate change mitigation efforts.

Firms in Australia, Thailand, Turkey and other nations have developed such blockchain-based solutions. In Singapore, Reneum established a new blockchain-based platform that mints and trades digital tokens representing generated clean energy, helping to finance more of it.

Eco-Business has partnered with Reneum to purchase tokens to offset its fossil fuel footprint. Reneum’s co-founder and chief executive Brianna Welsh shares how the firm enables people to contribute to the green energy transition.

Reneum aims to improve on existing REC trading platforms. What are these platforms’ limitations?

Many of them are built on anachronistic models. They are analogue, centralised, siloed and not fit-for-purpose in a digital economy. On the supply side, the certification and transaction process is arduous, opaque and cost-prohibitive, shutting out those with limited resources. Many markets do not have certification standards, excluding more stakeholders.

On the demand side, many of the transactions are handled through intermediate brokers with opaque pricing practices, eroding buyers’ trust. There are geographic restrictions on sales too. These are meant to match local supply and demand, but lead to bottlenecks. There’s only one planet, and polluted air from fossil fuels does not stop at national borders. 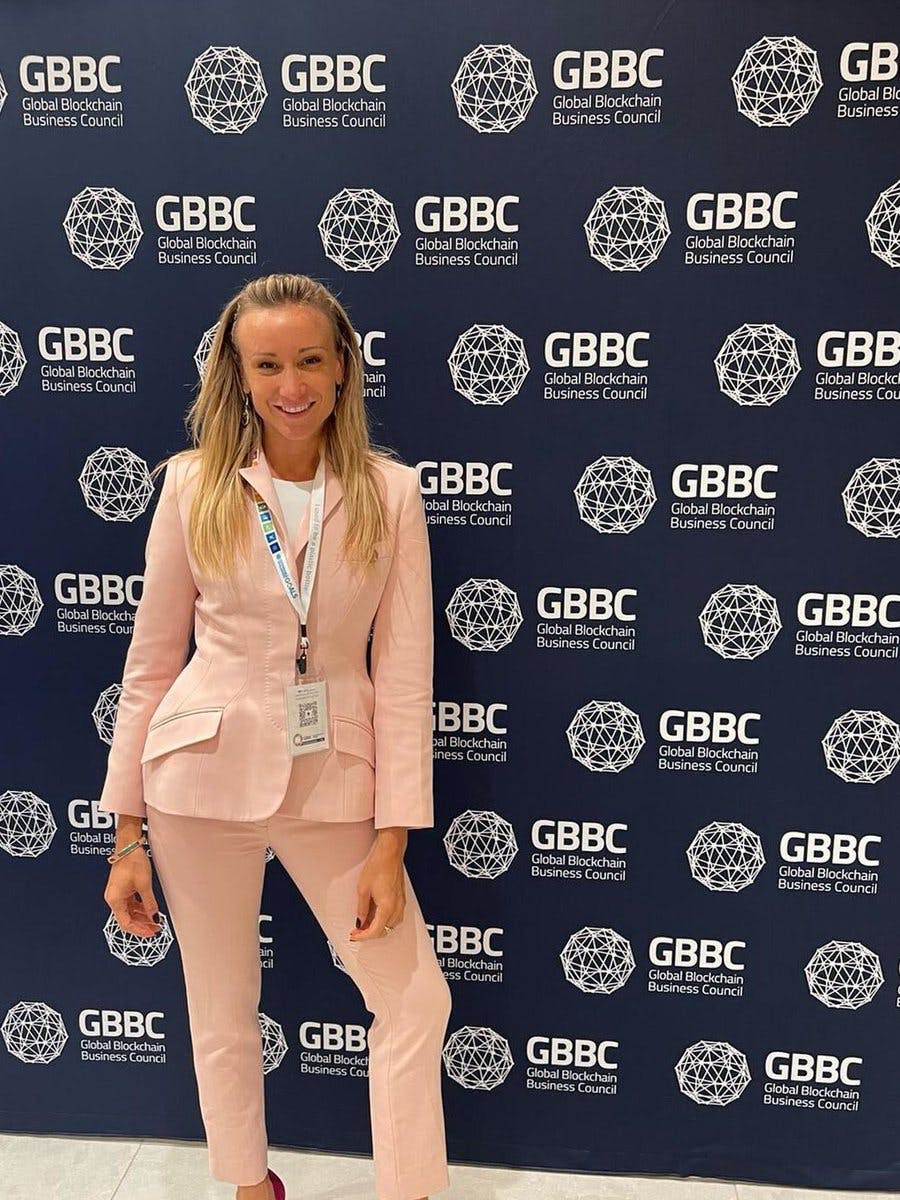 How does Reneum’s system solve these problems?

By using blockchain, Reneum is creating the first global, decentralised and democratic market. Our platform is not tied to a central issuing authority, so it is independent and not hamstrung by bureaucracy. We certify renewable energy projects, issue developers tokens for generated energy and enable their sales, cutting out intermediaries, reducing transaction time and costs.

Each token represents a megawatt-hour (MWh) of generated clean energy. When people buy tokens, they get access to the details of the underlying projects. Furthermore, all transactions are listed on a public blockchain database which is immutable and can be audited, providing transparency and minimising the risk of double-counting and fraud.

Since we aggregate the tokens’ trade on a single public marketplace, anyone can buy tokens from anywhere. This helps both buyers and sellers. It also solves the problem of siloed and non-interoperable platforms.

Our platform’s other advantages include open-sourced software for automated certification of project developers, streamlining and simplifying the registration process, and automated smart contracts that direct capital to those who need it most.

Organisations such as the International Energy Agency (IEA) have highlighted the urgent need for Southeast Asia to switch to renewable energy to meet the world’s climate goals. How can blockchain, and Reneum’s platform, help in this transition?

The IEA executive director Fatih Birol has said that there is no shortage of money worldwide, but it is not finding its way to the countries, sectors and projects that need it most. This is true of the emerging markets in Southeast Asia that need financing to accelerate their deployment of renewable energy. Reneum can help to bridge this financing gap.

After we issue tokens to renewable energy project owners for their generated clean energy, they can sell these tokens globally. We are essentially mobilising blockchain to send a wall of money to project developers to drive new investments.

Reneum’s platform helps renewable energy sellers to make more money from their existing installations, but the usual problem with such installations is the huge upfront capital cost that prevents them from being built. Does Reneum address this issue?

To increase renewables’ deployment, we are offering futures and forwards [contracts that are used by businesses and investors to hedge against risks or speculate] in addition to a spot market. These futures and forwards are the first of their kind in the REC market, and a new vehicle to finance renewable energy projects.

How does Reneum certify renewable energy projects for its marketplace?

We use satellite imagery to check the projects’ location and gauge their potential output, and verify the energy produced through six-month historical meter readings and offtake invoices, among other steps. Our certification process covers all criteria required by comparable legacy standards, and additional ones unique to us. You can read more about our methodology here.

We prioritise the certification of projects that are in markets with no government subsidies or feed-in-tariffs, which explicitly support fossil fuels, or do not have an REC framework, since they need the most help. Furthermore, we tie our audit trails to the relevant tokens’ metadata in unique memos, creating a public record with unparalleled data integrity.

Why is Reneum installing Internet-of-Things (IoT) equipment at renewable energy sites too? What is the benefit of using blockchain on top of such equipment, given blockchain’s high power consumption?

We build and deploy IoT devices to connect renewable energy projects more efficiently, which allows for faster and more seamless onboarding and greater access to the REC market. They are also useful tools to simplify and systematise the on-demand monitoring of MWhs being generated and earning RECs.

However, these devices are not suitable for quantifying and monitoring carbon savings, which is far more complex than monitoring MWhs. This is where blockchain comes in. Additionally, blockchain systems are not ubiquitously high power consumers. The only blockchain that is materially relevant for its energy consumption is Bitcoin, which Reneum does not use.

Polygon, the blockchain that Reneum is built on, uses about the same amount of energy for minting tokens as Google does for searches. Its energy consumption is not a concern for Reneum at this point.

With Reneum facilitating cross-border sales of RECs, what is its opinion on situations where both buyer and seller count emissions savings from generated renewable energy, resulting in double counting?

This is not Reneum’s position, but my own: The concern about double counting is reasonable because it interferes with the global accounting of emissions reductions. But the prioritisation of such concern above the flow of funding to climate-positive projects obstructs the market participation in such projects.

We need to focus on mobilising more money, more efficiently, to projects in need, not anchor them with policies against double counting that prevent them from being started. If there is a global policy that we should focus on, it’s that fossil fuels still receive government subsidies to the tune of US$6 trillion per year, while renewable subsidies are less than a tenth of that.

What are Reneum’s goals and plans moving forward? How does it plan to expand its options for users, and what other environmental causes does it hope to fund in the future?

We’re aiming to mobilise one million households and individuals to buy RECs, and earn their first verified green Reneum tokens. Generation Z and Alpha are growing up in a world where climate change is a looming reality, and they want real climate action. We are giving them the agency to participate in the energy transition.

We also intend to parlay our technology platform and leverage the token mechanics for other environmental instruments and climate verticals. Once the energy problem is solved, we can move on to other climate causes, and incorporate different forms of natural capital. We see Reneum’s long-term potential as a fundraising tool for environmental impact and solutions.

We are starting a movement fuelled by like-minded, concerned individuals who care about the future of the planet and want to be empowered to make a difference.