The world is only getting hungrier for food, energy and solutions to the many issues we face today. Innovation and digitisation could unlock the solutions to these problems, says CSIRO scientist Dr Stefan Hajkowicz.

Lab-grown beef patties that require zero agricultural land, “smart” farms that are programmed to respond to weather conditions, more Uber and Airbnb-type resource sharing – these are some of the ideas thrown out at a talk by CSIRO scientist Dr Stefan Hajkowicz at the Australian High Commission in Singapore last week.

He is the principal scientist and leader of CSIRO’s Data61 Insight team, which comprises a group of researchers and consultants who study digital economic trends, risks and opportunities. 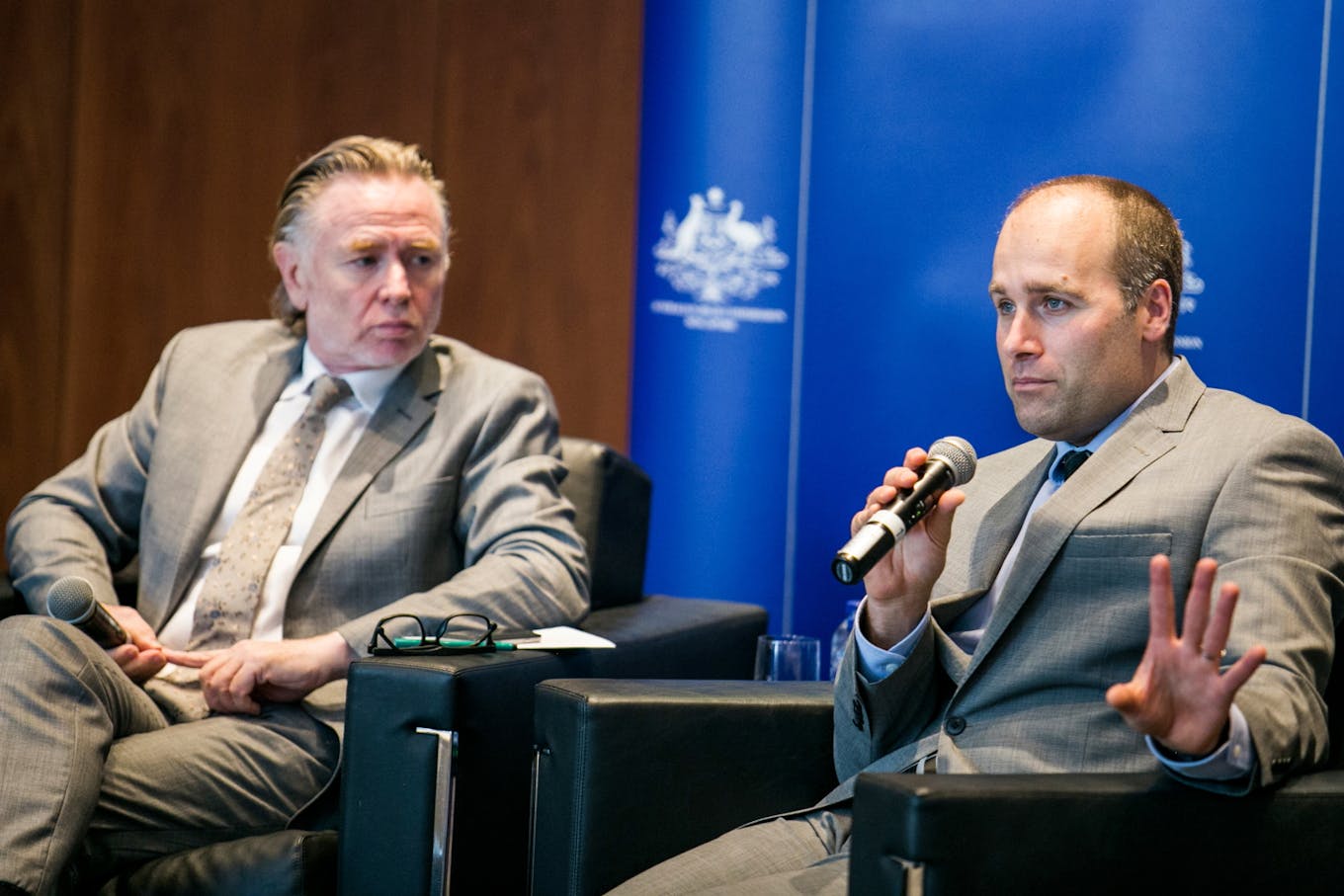 On the topic of food security, he noted that by the year 2050, the world would need to make 70 per cent more food than it does today.

“We need new ideas on the food production system to meet this incredible growth because as we increase food consumption, we’re losing 12 million hectares of agricultural land every year on average to make 20 million tonnes of grain,” he said.

“Climate change is causing shocks to the food production system. There’s this huge cause for innovation in food security,” he emphasised while highlighting genetics as a key technology to look out for in the years to come.

He cited the case of scientists who, in 2013, conducted the world’s first taste for a lab-grown hamburger patty in London as “one fairly out-there view of how food production systems could change”.

Stem cell technology was used to extract bovine stem cells that were thereafter grown within a laboratory.

Functional foods, or foods that are genetically tailored to meet dietary needs unique to the individual consumer, is another trend to watch out for, Dr Hajkowicz predicted.

Presently, the agriculture sector is adopting Internet of Things technology to monitor their farms and maximise productivity, or to understand the weather patterns ahead.

On how digitisation and global trends such as peer-to-peer (P2P) systems would impact sustainability, Dr Hajkowicz told Eco-Business that digitisation enables the more efficient use of resources.

“(For instance) big data can tell us existing patterns, improve our predictive capability and it can allow for more efficient utilisation of resources in the marketplace,” he said.

“Whether it be cars or hotels rooms, we can suddenly utilise an asset that wasn’t previously being used, which reduces resource consumption,” he said, referring to Uber and Airbnb, which have been pioneers in the sharing economy.

“Automation may play a role in sustainability. Vehicle automation will come, but if we were smart, we wouldn’t all try and own our own car. That’s a very inefficient way of moving people around. We’d have a fleet that responds to our needs,” he said.

“Digitisation is key to a lot of the efficiency gains that we need to look for.”

The private event drew an audience of about 100 representatives from the Singapore government, local scientific research agency A*Star, Australian and Singaporean academia, and the fields of finance, technology, and arts and culture.

Dr Hajkowicz’s visit to Singapore was his first stop in a three-city tour through South-east Asia that includes Hanoi and Kuala Lumpur.

A spokesperson from the Australian High Commission told Eco-Business that the tour aimed to “showcase Australia as a leader in innovative scientific research, as well as the world-class work of the CSIRO, and demonstrate our willingness to support the Southeast Asian region to better prepare for and plan for change”.