US-based firm Woodchuck is bringing its reforestation programme to Nepal and Indonesia. CEO Ben VandenWymelenberg tells Eco-Business about the company's mission to replant the lost forests of Asia, and why FSC certification is 'crap'.

For every item it sells, wood products manufacturer Woodchuck plants a tree.

The maker of high-end custom wood products—including journals, smartphone cases and flasks—has planted 1.3 million trees around the world as a result of its ‘Buy One, Plant One’ programme.

Since 2016, Woodchuck has planted trees in countries including Madagascar, France, Peru, and New Zealand as part of its mission to plant 10 million trees by 2020.

Ben VandenWymelenberg, chief executive officer of the Minneapolis-based firm notes that because of this programme, Woodchuck has planted more trees than it has used. It takes one tree to make 2,500 journals but because the company plants one tree for every product sold, a total of 2,500 trees are returned to the environment. For smaller items like keychains, the wood from one tree is enough for 10,000 pieces, which means Woodchuck plants 10,000 in total if all the keychains are sold.

“The best way to put nature back into people’s lives and create jobs is to make wood products, and plant a tree for every one that we sell,” says VandenWymelenberg.

The former architect shares that it was during his internship in college when he was inspired to apply a wood veneer on the back of his iPhone to protect it against damage. This kick-started his business of manufacturing wood skins for mobile devices which quickly grew to include other wood items.

But after watching a TED Talk by Simon Sinek about finding your life’s purpose, he wanted to add a deeper corporate responsibility dimension to the business by planting trees in order to ensure a sustainable supply chain and environmentally friendly business model.

“That’s why I wake up every single morning. Over my dead body we won’t plant 10 million trees in the next two years,” he says.

Woodchuck began expanding its CSR programme into Asia in 2016 when it partnered US-based non-profit organisation  Eden Reforestation to fund the planting of 90,000 trees in Laxmisthan Village in Nepal, followed by 170,000 trees in Biak Island, Indonesia.

But from landslides wiping out its reforestation projects to facing down hostile villagers, the journey has not all been smooth sailing.

In an interview with Eco-Business, VandenWymelenberg shares more about the company’s mission to replant lost forests in Asia, and why Forest Stewardship Council (FSC) certification is ‘crap’. 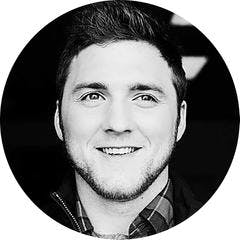 Tell us more about your projects in Asia.

A year and a half ago, our contact from Eden Reforestation formed a partnership with the site in Nepal. There were nurseries there in two different villages. Everyone is being paid to plant trees. It’s like that in all of our locations in Madagascar, Nepal, etc.

The most current spot that we’ve planted is in Biak, Indonesia. Typically, our contacts from Eden Reforestation will go in to these different tribal communities to form partnerships, negotiate, set up plant nurseries. What we do is fund them and visit the sites a year after the partnership has been formed. 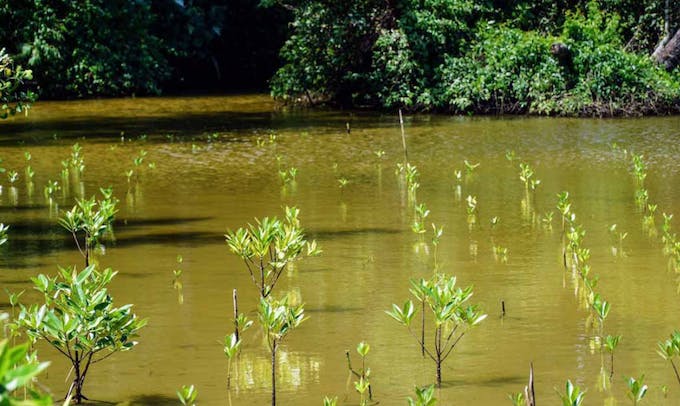 How were you able to get the communities to cooperate? What kind of results have you seen from your reforestation efforts?

Eden chose tribes that were not only receptive towards the idea of being paid to plant trees, but also had a very powerful and intelligent community of leaders that understood the impacts of deforestation. Other sites were picked because there were community members that could convince the rest of the tribe that us coming in and wanting to pay them to plant trees isn’t a sign from the devil and they’re not gonna die.

But to be totally honest, some of the sites don’t work out eventually. We have a great relationship for a year or two but witch doctors in the communities have a lot of power to influence the rest of the tribe negatively.

We have projects with positive outcomes, where we see not just the trees but also the local communities thrive as villagers can now provide their families with better food and education. Our Madagascar site is the most concrete example, and has provided jobs and better living conditions for over 500 individuals.

We’d be paying a couple of hundred thousands of dollars a year for FSC certification for our products.  It’s a load of crap.

How do you make sure these forestry projects are sustainable?

Over the past few years of planting, we’ve learned how to have a more impactful presence with our planting and created a new approach. Any site we plant on must have these three pillars.

First, local communities have to have a significant part in effort in replanting.

Second, there has to be local or national government organisation or policy involvement. We can plant a billion trees right now but it is futile without it. I recently saw a beautiful forested site in South America but a 10 kilometre drive away, the government was deforesting 50 hectares of virgin forest for crappy government housing.

Third, the site has to have funding from businesses that are producing profit. Governments aren’t going to fund the entire thing themselves, and local communities either don’t have the education or the money to do it.

Is this how you make sure the project achieves impact?

We have a lot of success stories, but even with these three pillars, we can’t ensure anything. For example, we planted 34,000 trees at our Nepal site last spring. Two weeks later, there was a massive flood and half of the trees were wiped out. It was a very sad day. 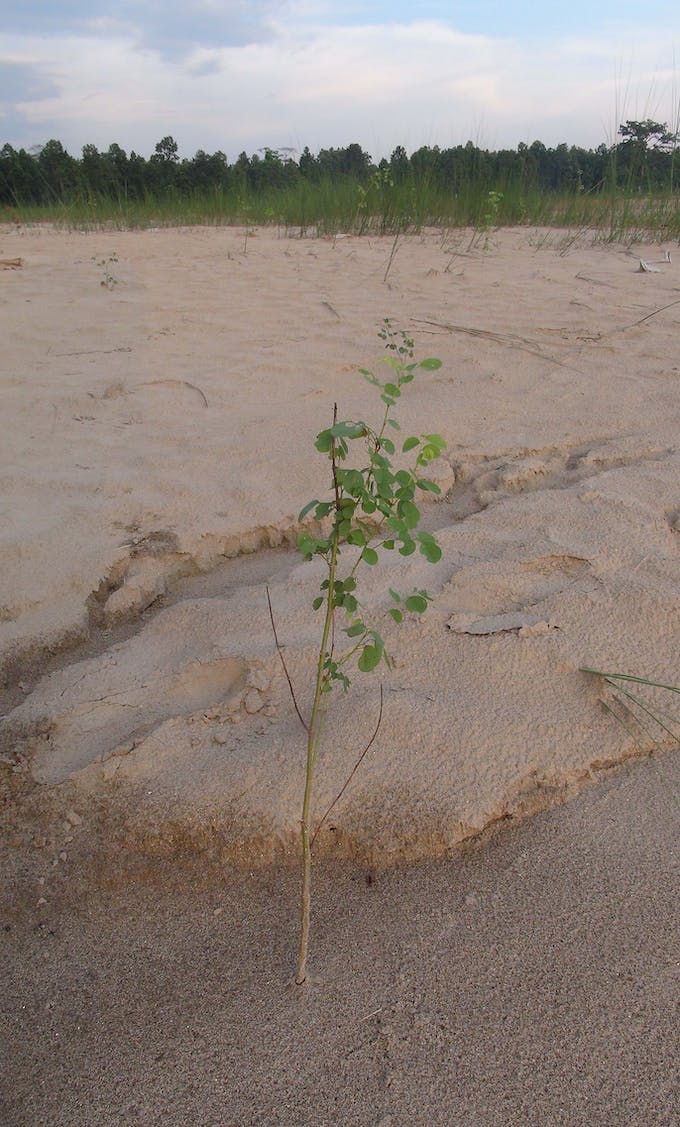 Just two weeks after they were planted, a massive flood destroyed half of the trees in the Nepal site. Image: Woodchuck

In Madagascar, we had planted close to 100,000 trees. When we came back the following year, about 40,000 of them had been clipped off by an angry villager.

In March, international environmental group Greenpeace ended its membership with the Forest Stewardship Council (FSC), claiming that the certification organisation was not accomplishing its goals of protecting forests and the rights of people who live there. Do you think certification groups like the FSC work?

There are much better ways to be spending money than on certifications that don’t ensure and don’t validate the practices that they promise.

[To get FSC-certified for our current work] we’d be paying a couple of hundred thousands of dollars a year for FSC certification for our products, despite making our products from wood that is already FSC-certified sustainable.

It’s a load of crap. I’d rather spend the money in villages in Madagascar and Indonesia where $1,000 could fund meals and planting for three villages for an entire year. That’s why we started the ‘Buy One, Plant One’ programme, and why we don’t use FSC certification. We’re open to other certifications, but right now, our mission is to put nature back into people’s lives by planting trees.

What are the plans in the pipeline for Asia?

Rather than having a wider reach, we’re going deeper and focusing on building a long-term relationship with each of these villages. Biak is a site where we will be increasing tree-planting by five fold next year.

Also, instead of just planting trees, we‘re going to be working more holistically and looking at other things the community uses or needs, like school or solar power. We will be sitting down with villagers and saying, “What do you need from us and how can we work with other partners to do that?”