Economic growth based on forest conversion has ‘no future’

With bold climate action, agricultural expansion will be crimped and greenhouse gas pricing could add US$19 billion in costs for global palm oil, beef and soy producers by 2050, a new report estimates.

Agricultural companies risk having stranded assets as the world responds to the climate crisis but large, vertically integrated palm oil players like Sime Darby, Wilmar and Golden Agri Resources are well-positioned to benefit from the transition, a new report has found.

Companies that rely on expansion into forested areas face significant asset stranding — assets with values that deplete or become unusable, according to the report released this month by Orbitas, a centre of excellence that assesses transition risks in tropical commodities.

Growth strategies premised on the conversion of forests into farmland have “no future”, and greenhouse gas pricing or regulations will disrupt business models, added Orbitas, an initiative of the Climate Advisers Trust, a United States non-profit.

By 2050, agricultural land could shrink by up to 600 million hectares compared to the business-as-usual pathway, as forest loss is slowed or reversed. In addition, carbon pricing could pile on US$19 billion in extra costs for global palm oil, beef and soy producers.

The first-of-its-kind economic and financial analysis demonstrates that those associated with the US$1.5 trillion-sized global commodity markets must manage “inevitable” responses to the climate crisis by policymakers, corporations and consumers, said Orbitas.

While investors are increasingly aware that oil, coal and gas reserves are likely to become stranded assets, such risks are not limited to the energy and transportation sectors, stated the report, Agriculture in the age of climate transitions.

Agriculture contributes about 23 per cent of man-made greenhouse gas emissions, but has been “largely overlooked” by climate-conscious investors due to a lack of awareness, inadequate measurement tools and the sector’s complexity.

Scientists recently warned that if current methods of food production continue, an extra 770,000 to 3.9 million square miles (199.4 million to 1 billion hectares) of land — up to three times the size of India — could be needed by 2050. Such agricultural expansion would destroy many wildlife habitats and threaten the world’s biodiversity.

Agricultural companies can continue to increase their net present value and profitability if they invest in sustainable yield improvements, avoid land with high carbon stock and conservation value, and diversify their income streams through biogas cogeneration and inter-cropping, the growing of multiple crops on the same field.

While demand for palm oil and other tropical commodities will continue to rise, pressure to conserve standing forests and reforest marginal agricultural land will also grow, likely resulting in less land availability for commodity growers.

“This doesn’t have to a problem, however; with the right combination of government incentives, investment in research and development and support, in particular for smallholder farmers, sustainable productivity improvements will more than offset the constraints on land expansion.”

It found that Indonesia’s palm oil industry could realise US$9 billion in extra value by 2050, under a scenario where aggressive action is taken to limit temperature rise to 1.5 degrees Celsius by 2100.

Using palm oil effluent to generate electricity from biogas is an “easy financial and environmental win for companies with access to capital”, stated the analysis, done by a team from the Austria-based International Institute of Applied Systems Analysis and other organisations.

“If less than a tenth of Indonesia’s palm oil mills had biogas facilities, together they could support the electricity needs of 240,000 households and reduce direct emissions by 2.5 million metric tonnes of CO2-equivalent annually, with potential additional emissions reductions from displacing coal-generated electricity,” the report said, citing a study done in 2019.

The analysts studied 20 palm oil firms and found that most can gain value amid climate transitions.

Large and vertically integrated players like Sime Darby, Wilmar and Golden Agri Resources are the best-placed to benefit. This is because they are able to produce at slightly lower costs by eliminating the margins earned by crude palm oil producers, and pass any increase in costs to final consumers. Palm oil prices are likely to rise in the long run under climate transitions, although short-term volatility is likely, said Orbitas.

The authors looked at how easily companies could finance productivity and technology upgrades, their current yield, and how much of their unplanted concessions are on forests or peatlands. The report drew from sources such as Bloomberg, annual reports, mill locations and ownership data available on the Global Forest Watch online platform, and 2015 concession maps from environmental campaign group Greenpeace. 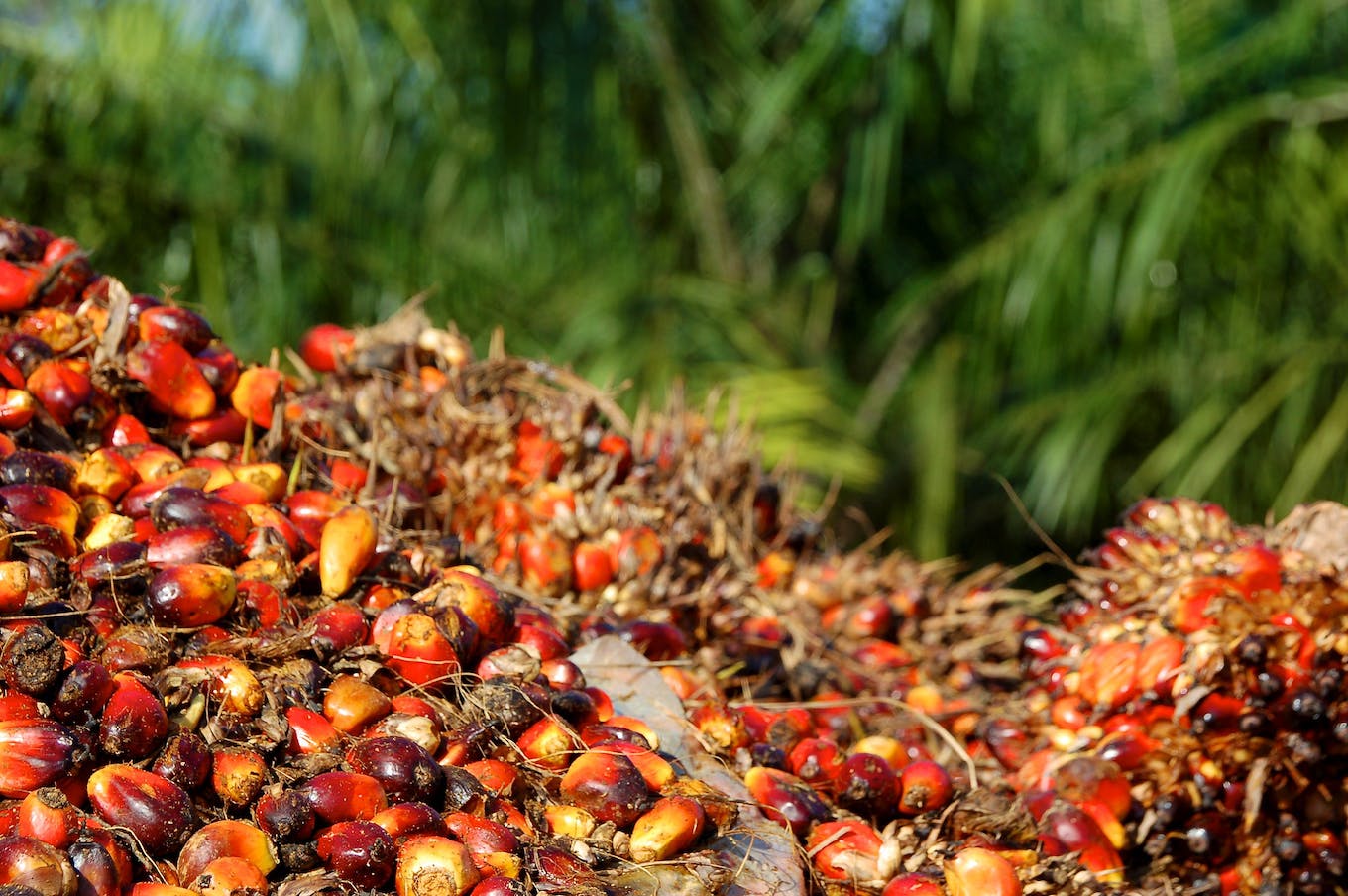 To achieve an effective climate transition, countries need to protect their forests and peatlands with high carbon stock and conservation value, and governments could impose stricter land-use restrictions.

Corporate buyers must commit to sourcing raw materials that incur no deforestation, peat development and exploitation, and some, such as PepsiCo and Unilever, have already done so for palm oil.

This means that up to three-quarters of Indonesia’s unplanted palm oil concessions—almost 10 million hectares—and up to 15 per cent of existing plantations on peat are at risk of being stranded or losing value, Orbitas said.

Forested areas could increase as more parties pay to have carbon sequestered. In Indonesia, aggressive climate action could see an increase of 15 million hectares of forest cover, compared to a scenario where the world is on track for a temperature increase of 4 degrees Celsius. More forests mean less area for plantations to expand.

Carbon pricing could drive up companies’ annual emissions costs by up to US$19 billion by 2030, and take up an increasing share of agricultural producers’ revenue, the study projected. Total emissions costs could make up 8 per cent of global palm oil revenue, 3 per cent of soy revenue and 1 per cent of beef revenue by 2030. The percentage may seem tiny for the beef industry, but Orbitas said it is material for an industry with tight margins. In absolute terms, beef suppliers would be hit with bulk of the increase, or over US$11 billion in extra emissions costs.

The report recommended that agricultural investors require the companies they invest in to disclose climate transition risks. Investors should implement results-based financing to incentivise emissions reductions.

Policymakers should invest in agricultural productivity and give smallholder growers a technical and financial leg-up. They should also enforce forest and peatland protection, and make robust land use data available.