Financial institutions need to work with emitters instead of jettisoning them to green their portfolios, said panellists at the Unlocking Capital for Sustainability event organised by Eco-Business.

Financial firms need to ensure that their green plans translate into actual emissions cuts in the real world. Selling off stakes in big emitters is an “easy way out” that kicks the decarbonisation challenge down the road, according to an executive at one of the world’s largest green finance coalitions.

Divestment is a tactic that is a “very short-term fix” that does not contribute to keeping global warming to the safe threshold of 1.5 degrees Celsius, said Yuki Yasui, Asia Pacific managing director of the Glasgow Financial Alliance for Net Zero (GFANZ).

The group was formed in April last year and includes over 450 banks, insurers and asset managers that hold about US$130 trillion, or 40 per cent of global private assets. The group wants to use its financial might to nudge the world towards reaching net-zero emissions by 2050.

Yasui was part of a panel at the Unlocking Capital for Sustainability event, hosted by Eco-Business on Wednesday (21 September). 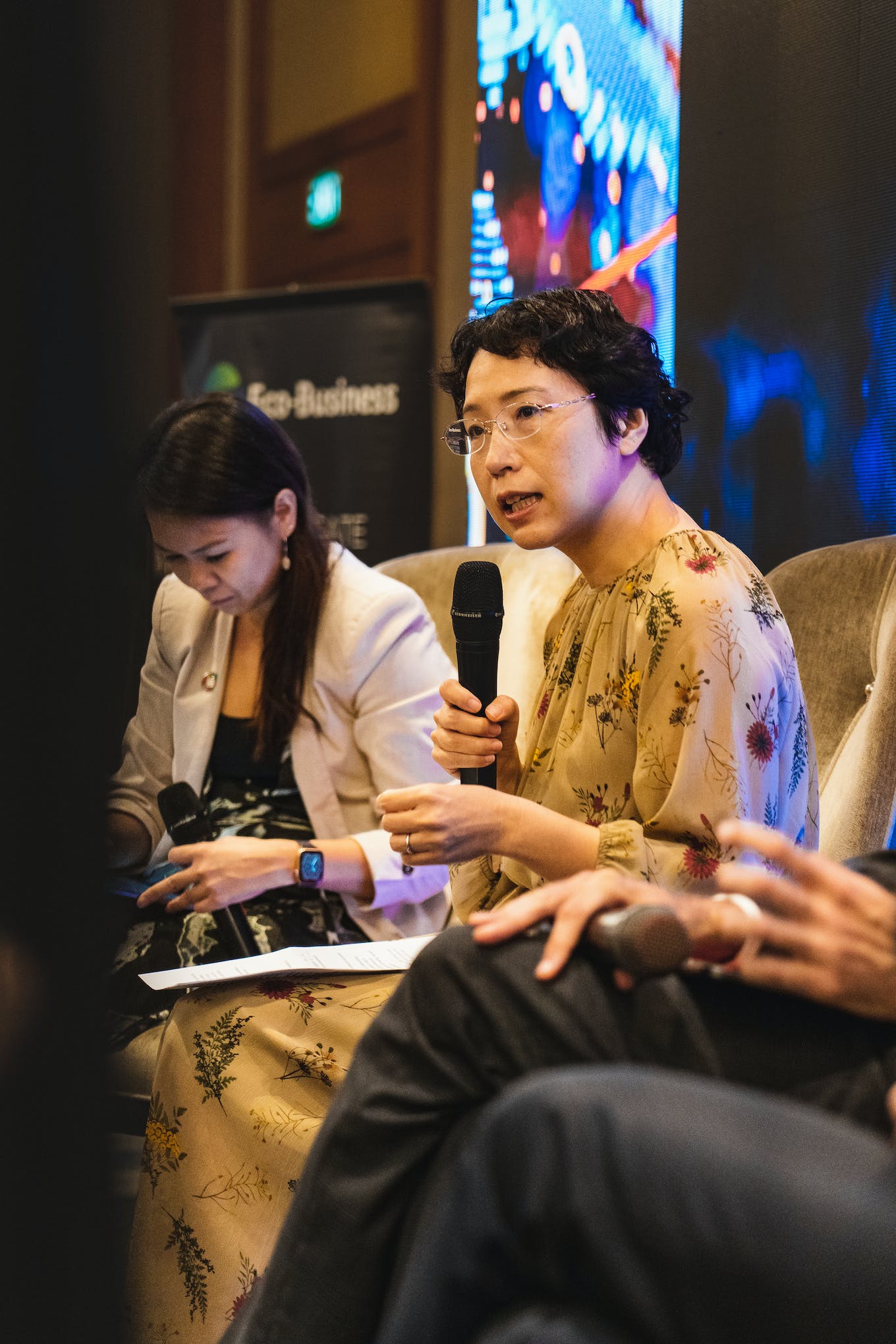 “When financial institutions talk about [having a] 1.5°C commitment, it has to [be motivated by] moving the needle of the real economy to 1.5°C. Their portfolio cannot come first,” Yasui said, adding that such firms have traditionally looked at scrubbing their own portfolio of highly emitting projects.

There have been growing calls for financial firms, governments and universities to divest from fossil fuel companies. Advocates say businesses dealing in oil and gas, the main contributors to climate change, should not receive money to continue doing so.

Dutch pension fund ABP, the largest in Europe, announced its phased exit from fossil fuels last year. Cambridge University said in 2020 it would remove fossil fuel investments in its US$4.2 billion endowment fund by 2030.

But detractors say such a movement will only result in Big Oil falling into the hands of opaque private investors, which do not face as much public scrutiny to clean up their portfolios.

Financial institutions need to continue investing in the businesses in their portfolio, to “push, cajole, influence” them towards sustainability, said Eric Lim, chief sustainability officer of Singapore bank UOB.

There have also been efforts by some financial players to buy out coal assets and retire them early. Such initiatives are seen to be particularly important in Asia, which has some of the youngest coal power plants in the world with decades of operating lifespan ahead. But progress has been slow.

Last week, an Indonesian official told Bloomberg that the country’s US$600 billion plan to close coal plants after just 10 more years of operation has found no funders in the Middle East and Europe.

“This is a harder conversation to have because it is not a black and white issue,” Yasui said.

“An international bank might be asked to take on more coal financing to do the managed phaseout. Do they feel comfortable enough to do that right now? I think it is quite difficult because we lack clarity on what is credible financing,” she added.

GFANZ itself has recently had to rephrase proposed criteria on how its members should fund the shift to net-zero emissions.

The United Nations’ Race to Zero, the group that sets standards for GFANZ, had been drafting rules that asked members to stop financing new coal projects. UK-based Financial Times reported that some banks threatened to leave the coalition over the proposal.

Last Friday (16 September), Race to Zero said it was rewording the rules, which now asks the financial institutions to phase out unabated fossil fuel assets, “including coal, in line with appropriate global, science-based scenarios”.

The energy crisis caused by the sharp industrial rebound after Covid-19 lockdowns, as well as the Russia-Ukraine conflict, has also thrown open the question of whether the financial sector is helping to manage high energy and commodity prices that have hit the poor hard.

The United Nations reported in July that 71 million people have fallen into poverty due to Russia’s invasion of Ukraine.

“I don’t think there is any responsible investor, board, management or politician that is saying, because of the Russia-Ukraine war, we are walking back on net-zero commitments,” said Lim of UOB.

Lim said that the current disruptions have instead highlighted the importance of ensuring energy security and access while striving towards net-zero emissions by 2050, a target scientists say will help the world avoid the worst climate impacts.

Lim added that there is a recognition from richer countries that the net-zero emission pathways of developing nations will not necessarily follow a “global pathway”, and that there will be “multiple speeds” in the energy transition.

Such a trend can be seen in developing Asian nations’ climate pledges. While the gold-standard deadline for net-zero targets remains at 2050, Indonesia is considering reaching the target by 2060, India by 2070.

Asia Pacific countries account for over three-quarters of the global coal power generation capacity. This figure is set to rise, while there is expected to be a gradual decline in the West.

“You need to be able to contextualise [the energy transition] to differentiated pathways of each developing economy,” Lim said.

“We will work towards decarbonisation, but we must still support economic development, we must feed our people, we must make sure that energy, access and affordability is still top of the agenda,” he said.

Associate professor Winston Chow, a climate scientist at the Singapore Management University, said that developed countries should set even more ambitious climate targets, such as reaching net-zero emissions before 2050, to compensate for the slower pace of developing regions.

“Whether it is realistically possible remains to be seen,” Chow said.

Countries have been asked to make more ambitious climate commitments at annual global climate summit COP27 in November. However, just this month, the G20 group of major economies failed to agree on formal texts to adopt stronger energy and climate commitments, leading to the chief of last year’s COP26 summit, Alok Sharma, saying that some countries are backsliding on their climate commitments.

Nonetheless, increasing climate finance in the Global North would bring economic benefits, while sending a “signal of support” for other countries to join such efforts, Chow said.