The United States has abandoned its role as global leader on climate change under Trump—and it's backfiring.

Last fall, diplomats from across the globe gathered in Marrakech, Morocco to strengthen the Paris Climate Agreement. There, in the early hours of November 9, they watched in dismay as Donald Trump, a man who had promised to undo the landmark accord, was elected president of the United States.

Nearly a year to the day after the election, diplomats are meeting again, this time in Bonn, Germany for the first major UN climate meeting since Trump took office.

Under the new administration, the United States has abandoned its role as a global leader on climate change. But Trump’s decision to pull the United States out of the Paris Agreement has inspired unprecedented action at the local level, and leaders from around the world have made clear they will not follow Trump’s lead.

Sixty-six countries have ratified the Paris Agreement since Trump’s election, bringing the total to 167. Nicaragua and Uzbekistan both joined the agreement, leaving only Syria and the United States on the outside. Eight countries and subnational governments launched carbon pricing initiatives.

The Paris Agreement remains irreversible and will be implemented by all the other nations. We will succeed.

Around the world, governments are making progress on climate change. 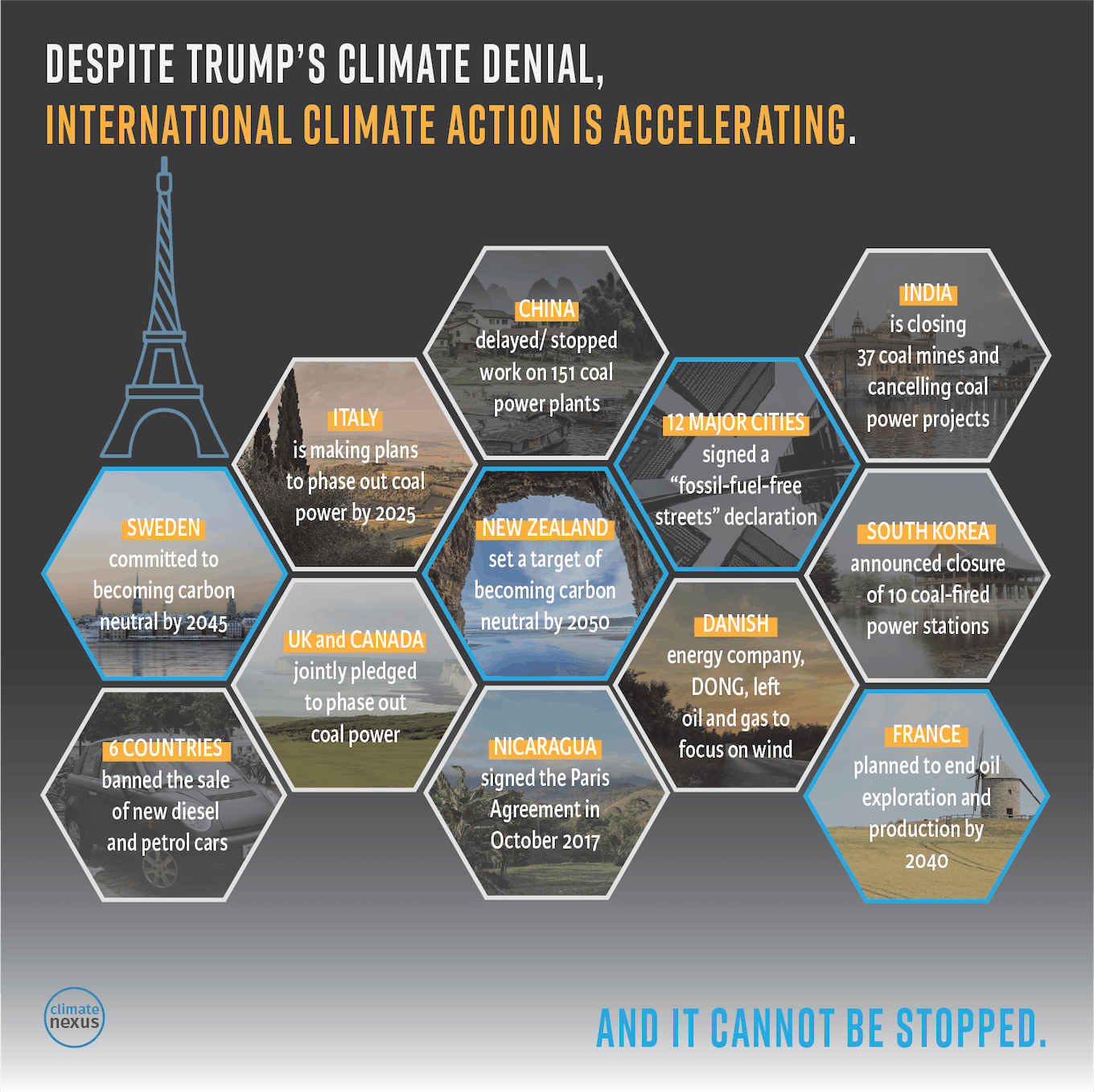 In every region of the world, countries are moving away from fossil fuels and transitioning to renewable energy:

Countries, cities and automakers are making major strides in electrifying transportation and phasing out gas-powered vehicles:

Major businesses are acknowledging the economic risks of climate change and taking steps to protect their bottom line:

While Americans fret about Trump’s deregulatory agenda, governments and businesses are stepping up. “The Paris Agreement remains irreversible and will be implemented…by all the other nations,” said French President Emmanuel Macron. “We will succeed.”