Dell, unlikely protector of the oceans

The computing giant wants to create a global market from ocean-bound plastic, with Asia as its main production base.

There is no obvious reason why a computer company should be trying to clean up the world’s oceans, says Adrian Grenier, the actor best known for his lead role in the hit TV series and movie Entourage. 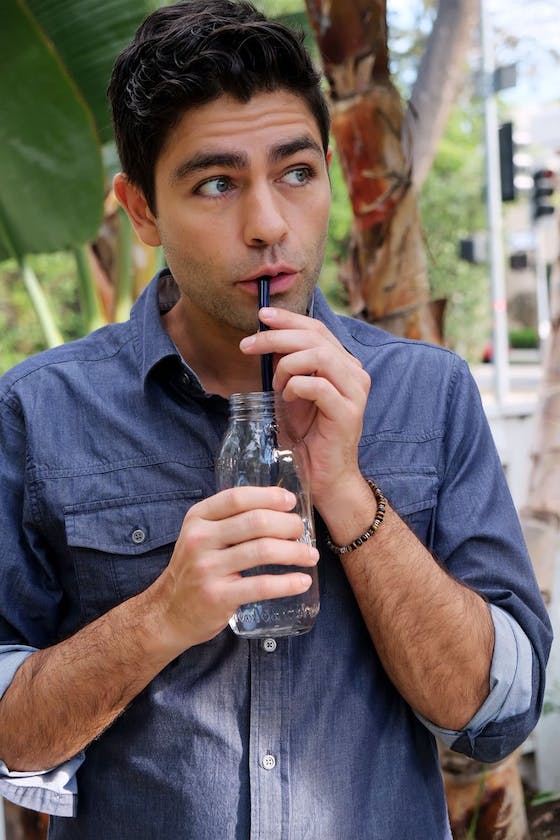 Adrian Grenier campaigning against the use of plastic straws. Image: Twitter

But Dell, the Texas-based tech giant that makes millions of personal computers every year, has become the first company to attempt to stop the flow of plastic into the sea, and Grenier, who is founder of ocean life charity Lonely Whale Foundation, is lending his celebrity to the project.

A sobering 8 million tonnes of plastic finds its way into the oceans every year, either from rivers and drains, or dumped directly into the sea. At this rate, there will be more plastic, by weight, than fish in the ocean by 2050.

“According to the current model, waste plastic has no value - it’s just discardable,” Grenier tells Eco-Business. “Dell has found a way to help the ocean as well as their bottom line by seeing ocean plastic as a commodity, and an opportunity to work it into their supply chain.”

But not only does Dell want to stop ocean plastic pollution, it wants to profit from it. This, insists the actor in chick-flick The Devil Wears Prada, is not just a one-off CSR exercise or a publicity stunt, as too many corporate environment programmes are.

In its bid to profit from ocean plastic, Dell is not short of raw material. The problem is, ocean plastic is not easy to harvest. Once at sea, exposure to sunlight, temperature variations, wave action, and saltwater breaks it down, and currents disperse it over a wide area.

Oceans are perhaps the most important element of the environment, and yet the most underserved

As much as Dell wants to curb its environmental footprint, and support its claim to be the world’s largest technology recycler, it does not want to lose money while doing so. As Piyush Bhargava, Dell’s vice president of procurement and packaging puts it: “We are business pragmatists.”

“[Dell’s ocean plastics initiative] is about doing good, but it is also about supporting our consumer product line. We need to make sure that our P&L is not impacted by our environmental efforts,” he says.

The company spent a year assessing the viability of the idea, tackling questions such as where to find a reliable supply of plastic, and where to find plastic of high enough quality to use.

The best place to tap into ocean-bound plastic is land, where 80 per cent of plastic waste comes from (20 per cent comes from fishing vessels). Dell chose a country with a particularly high concentration of plastic for a feasibility study: the coastal city of Port-au-Prince, capital of Haiti.

Despite the challenges of operating in one of the world’s poorest countries, where there are frequent tropical storms and a weak waste management infrastructure, Dell was able to make savings from using recycled ocean-bound plastic compared to traditional sources even at the pilot stage, shares Bhargava. 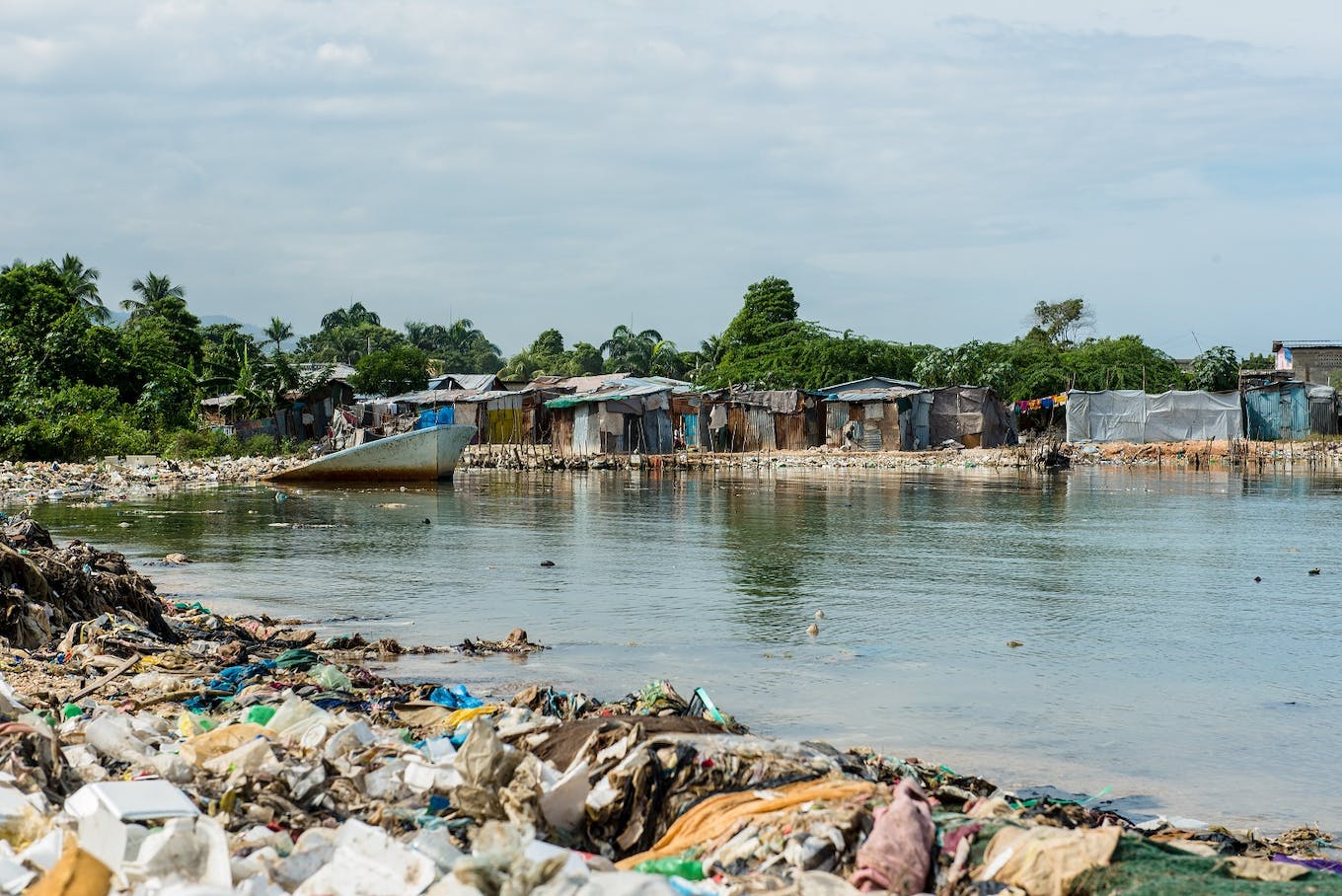 Plastic rubbish accumulated on a beach in Haiti. Image: Dell

Collecting plastic just before it enters the sea - at beaches, river mouths and estuaries - requires relatively little effort, and can be done by an unskilled workforce. It is also better than trying to collect plastic from the ocean because urban coastal areas tend to have the most commercially viable raw material - plastic that has been freshly discarded and less likely to have degraded.

But it wasn’t all plain sailing. The first batch of ocean plastic off the production line was barely useable. “It had various contaminants, and we had to work with our suppliers and processors to identify ways to get a cleaner supply that would meet our standards,” says Bhargava.

After a test-run in Haiti, Dell is turning its attention to Southeast Asia - the world’s biggest source of plastic waste, where 60 per cent of ocean plastic comes from - and China and India.

The harvested plastic is processed and refined, and mixed with high-density polyethylene (HDPE) at a ratio of one part ocean plastic to three parts HDPE. The plastic flake is then moulded into the final product - packaging trays for Dell’s flagship XPS13 computer.

The new packaging features a female humpback whale and her calf drifting beneath the Dell logo. “I was pushing to have my face on the packaging, but Dell wouldn’t go for it,” Grenier joked. 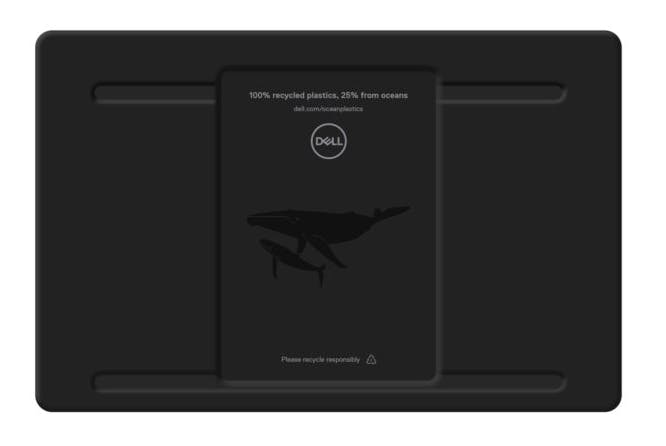 A drop in the ocean

A proverbial drop in the ocean, perhaps, compared to the 2 million kg of plastic trash that flows from land to sea every day. But, says Bhargava, the company will now be looking at how to use ocean plastic in other material besides packaging, and so ramp up the volume of ocean-bound plastic it uses.

“We are looking at how product design can intersect with our environmental mandate, and see how big an impact we can have down the road,” he says, adding that Asia will be the base for the operation.

And though Dell is first to use ocean plastic in its packaging, the company does not intend to keep the idea to itself. Like Levi’s push to lead the apparel sector with sustainably-sourced cotton, Dell’s ocean plastic venture is open source; competitors are welcome to copy what it is doing.

“We’re trying to raise awareness, and help others take advantage of the work we’ve done to create solutions at scale,” says Bhargava, who concedes that persuading companies to work together in a particularly competitive industry won’t be easy.

Raising awareness is where Grenier comes in. He says that, culturally, Dell is not a company that “gloats,” and this sense of modesty that comes from the top. “Michael [Dell] is a humble, practical person,” he says of the 37th richest man in the world, who is worth US$20.8 billion.

Perhaps Dell should show “a little more pride” in its efforts to curb its plastic footprint, and in so doing push other computing firms to follow suit. “I’ve been approached by a lot of companies to talk about the work that they’re doing, but usually it’s little more than a short-lived publicity stunt,” he says.

A lot of environmental work around oceans is gimmicky, Grenier reckons, pointing to autonomous filters that supposedly can suck up plastic drifting in the ocean. “Fantastical ideas like this gets a lot of clicks, but at the end of the day it’s not a viable solution,” he says. “What Dell is doing is real. It actually works.”

To spread the word about Dell’s ocean plastic scheme, Grenier will be swimming through plastic-tainted waters, such as the coast of Bali, where he attended the World Oceans Summit in February.

“One of my biggest roles is to testify to what’s happening to the ocean,” says Grenier. “I’ve been diving for 15 years and I’ve seen corals deteriorate, fish colonies disappear, and I’ve seen plastic take its place. I didn’t see one fish in the strait of Messina (where he swum in September last year), but I saw a lot of plastic, band-aids, cups and straws.”

Grenier had a similar experience when he swum in the sea around Singapore. What affected him most was the response from locals when he asked them where he should swim.

“They would say don’t swim in the sea here, it’s polluted,” Grenier says. “What’s most upsetting to me, is not that the oceans are troubled, but that people have accepted it. It’s become so commonplace that people aren’t outraged.”

“Oceans are perhaps the most important element of the environment, and yet the most underserved,” he says.