Could this tool nudge Southeast Asian shoppers to switch to green palm oil?

The EcoCart plug-in shows Singapore consumers which products contain conflict-free palm oil, and which do not, while they do their online grocery shopping. It also prompts them to switch to deforestation-free consumer goods.

One of the main reasons why the uptake of sustainable palm oil has been slow is ignorance.

Without clear labelling to guide them, consumers don’t know which products contain palm oil that is free from deforestation and human rights abuses, and which are not. Some consumers don’t care either way.

But a new online tool, which launches today, can alert conscientious online grocery shoppers in Singapore to the eco-value of a commodity found in about a half of all supermarket products, from biscuits to shampoo.

Governments can’t seem to be able to stop deforestation [from palm oil cultivation]. It feels like it’s in the hands of consumers now.

Once consumers download the EcoCart plug-in for web browser Google Chrome, they are given information on the ethical value of products based on data from the Roundtable on Sustainable Palm Oil (RSPO), the leading certification body for ethically sourced palm oil, green groups Mighty Earth and World Wide Fund for Nature (WWF), and sustainable forest products certifier Forest Stewardship Council (FSC). 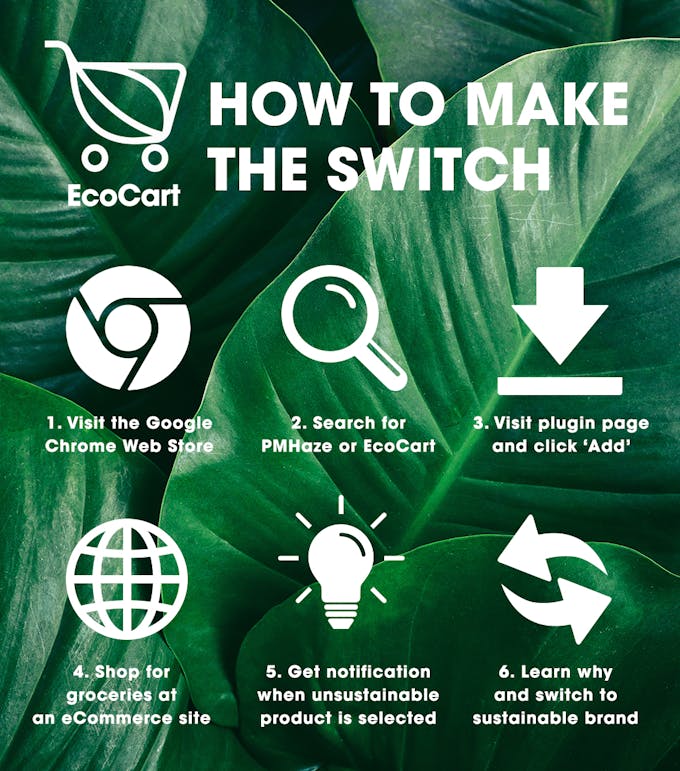 How to use EcoCart

If a product a consumer is about to buy does not contain ethically sourced palm oil, the plug-in prompts them to switch to a brand that does.

After the consumer has switched to a greener brand, EcoCart encourages them to share their discovery on social media.

The plug-in works on the websites of online grocer RedMart, and NTUC Fairprice and Cold Storage, two of Singapore’s most popular supermarkets.

“Governments can’t seem to be able to stop deforestation [from palm oil cultivation]. It feels like it’s in the hands of consumers now,” said Valerie Madon, the Southeast Asia chief creative officer and Singapore chairwoman of Havas, the advertising agency that created the technology, in collaboration with local green group PM.Haze.

“Ignorance is contributing to the problem, as a lot of consumers don’t realise which products it [conflict palm oil] is in,” Madon told Eco-Business.

“We wanted to make shopping for ethical palm oil idiot proof, and give consumers the power of informed decision-making,” she said. 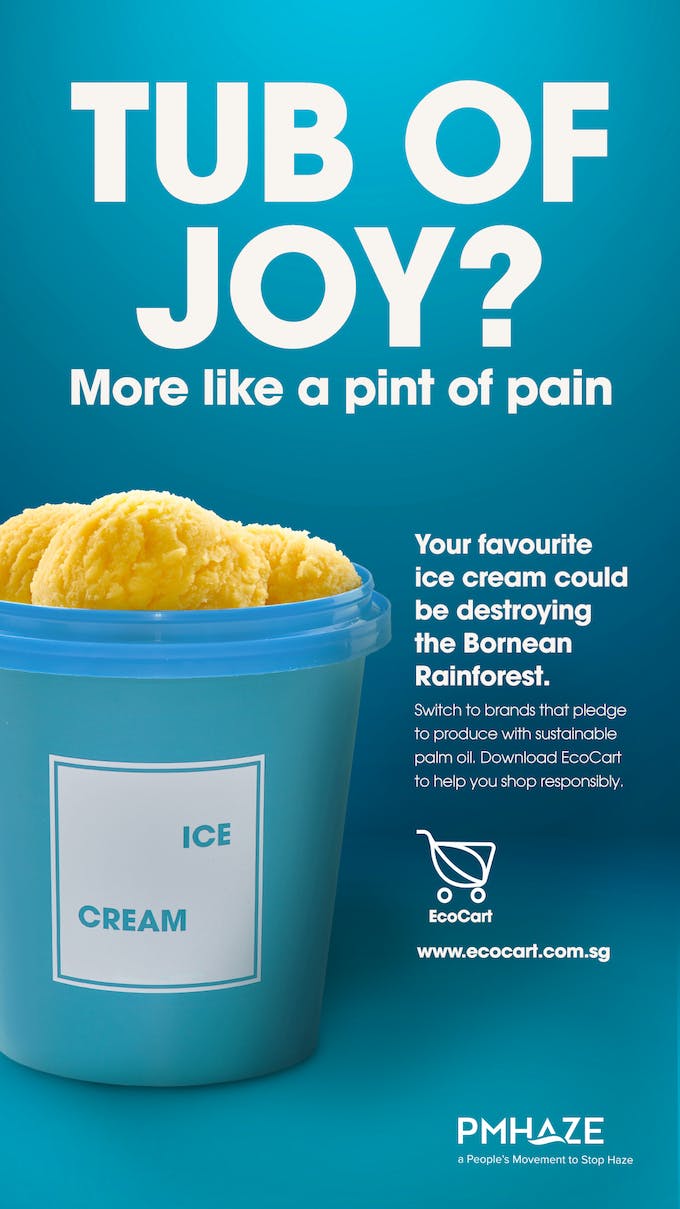 An ad for EcoCart

Data collected from EcoCart will be used to inform consumer goods companies of the number of switches consumers have made to products containing sustainable palm oil.

The plug-in, which will become more robust the more it is used and the more retail partners come on board, could be deployed in other countries in Southeast Asia, and for other commodities, Madon said.

The European Union ruled earlier in the year that palm oil would be phased out of use in biodiesel, because of the commodity’s links to deforestation.

Major producers of palm oil have responded angrily, with Indonesia, the world’s biggest producer, threatening to challenge the ban through the World Trade Organization. Malaysia, the second largest producing country, is considering restricting imports of French products over plans to remove palm oil from biofuel in France in 2020.