Could snow be the next source of clean energy?

Two scientists have developed a device that captures the electrical charge from falling snow.

When the conversation turns to clean, renewable energy, the talk almost always is about sun and wind. No one ever brings up another natural power source, as yet untapped — snow. Incredible as it may sound, falling snow carries an electrical charge. Scientists have known this for decades, but until recently they couldn’t figure out how to turn it into electricity.

Two UCLA scientists have invented a device that uses silicone to capture the electrical charge from snow — and create electricity. Their tool is uncomplicated, small, thin and flexible, inexpensive and — because it generates its own power — needs no batteries. With an average annual seasonal snowfall cover of nearly one-third of the Earth’s land mass, “we have a great source of energy ready to be collected,” said Maher El-Kady, a postdoctoral researcher in chemistry and biochemistry at UCLA and co-inventor of the device. “And we can do that using materials that are already produced in mass quantities.” 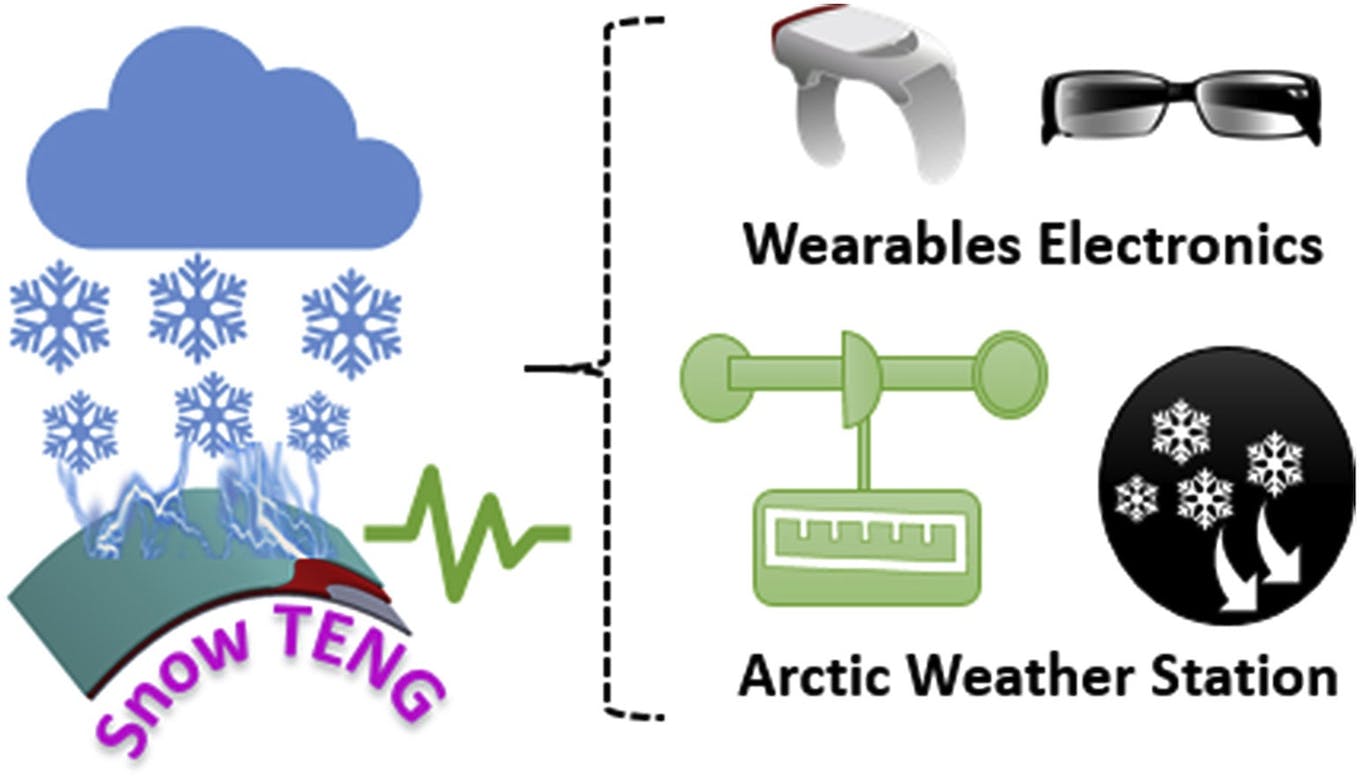 To be sure, their invention is still a “proof of concept” experiment for now, since its power output remains low. But the researchers believe its potential — with more fine-tuning and further study — could be limitless. “Big improvements are normal in this field of research,” El-Kady said. “There is room for development [and] further improvements by revisiting the device structure and operating mode.”

He and co-inventor Richard Kaner, a distinguished professor of chemistry, biochemistry, materials science and engineering, see numerous future uses. It could power a portable weather station, for example, or a wearable gadget that tracks the performance of cold-weather athletes. The device could also be integrated into solar panels, kicking in extra power during snowstorms, a scenario when solar arrays are less efficient, they said. 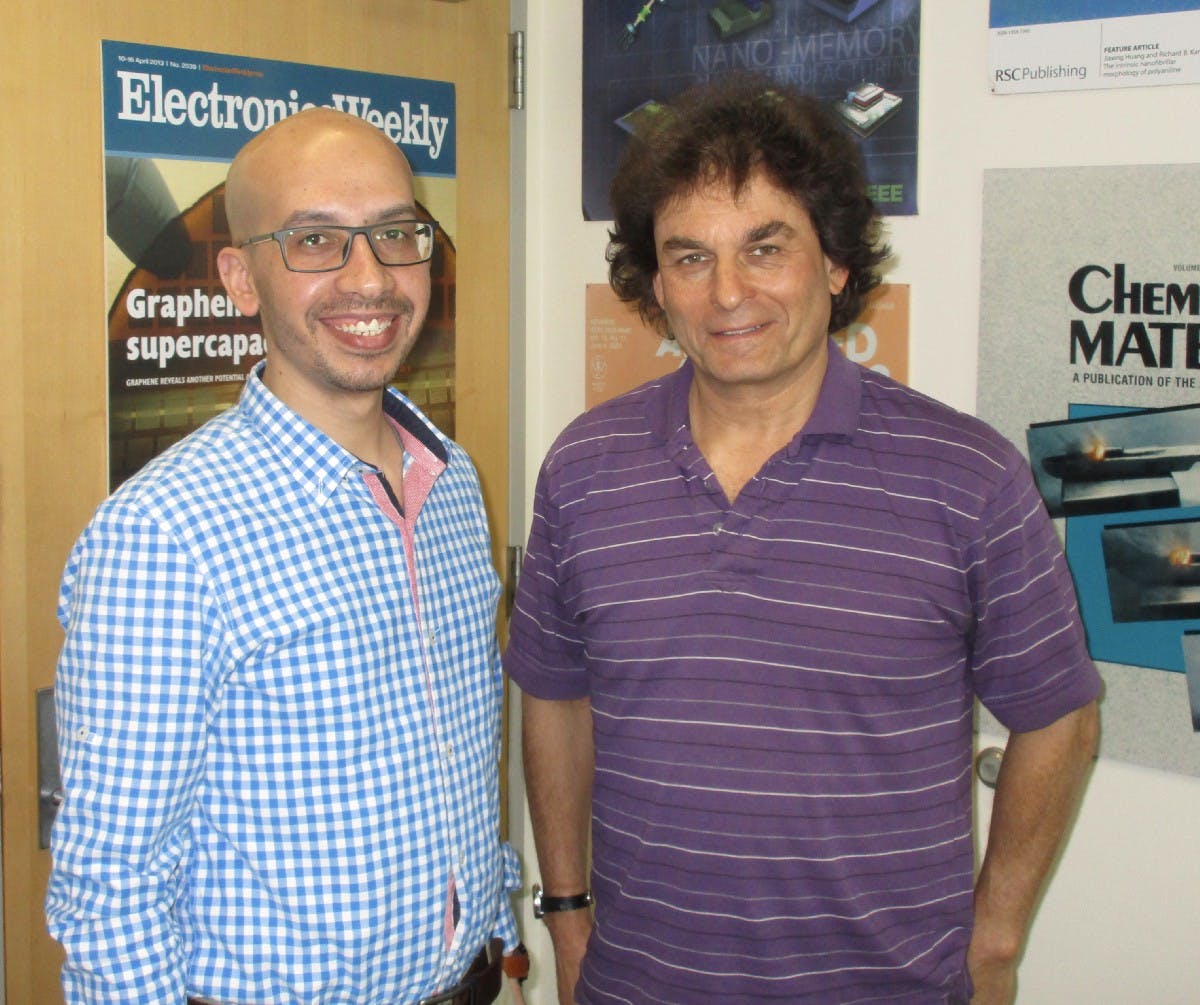 This is the latest in a series of innovative collaborations to emerge from Kaner’s lab. The pair of scientists also invented a membrane that separates oil from water and also cleans up the debris left by fracking, designed in collaboration with a company called PolyCera.

In 2017, they invented a device that uses solar power to cheaply generate and store power for electronic devices and also manufactures hydrogen fuel for automobiles. Earlier this year, they created a fire-retardant, self-extinguishing motion sensor and power generator that can be built into shoes or clothing firefighters wear. 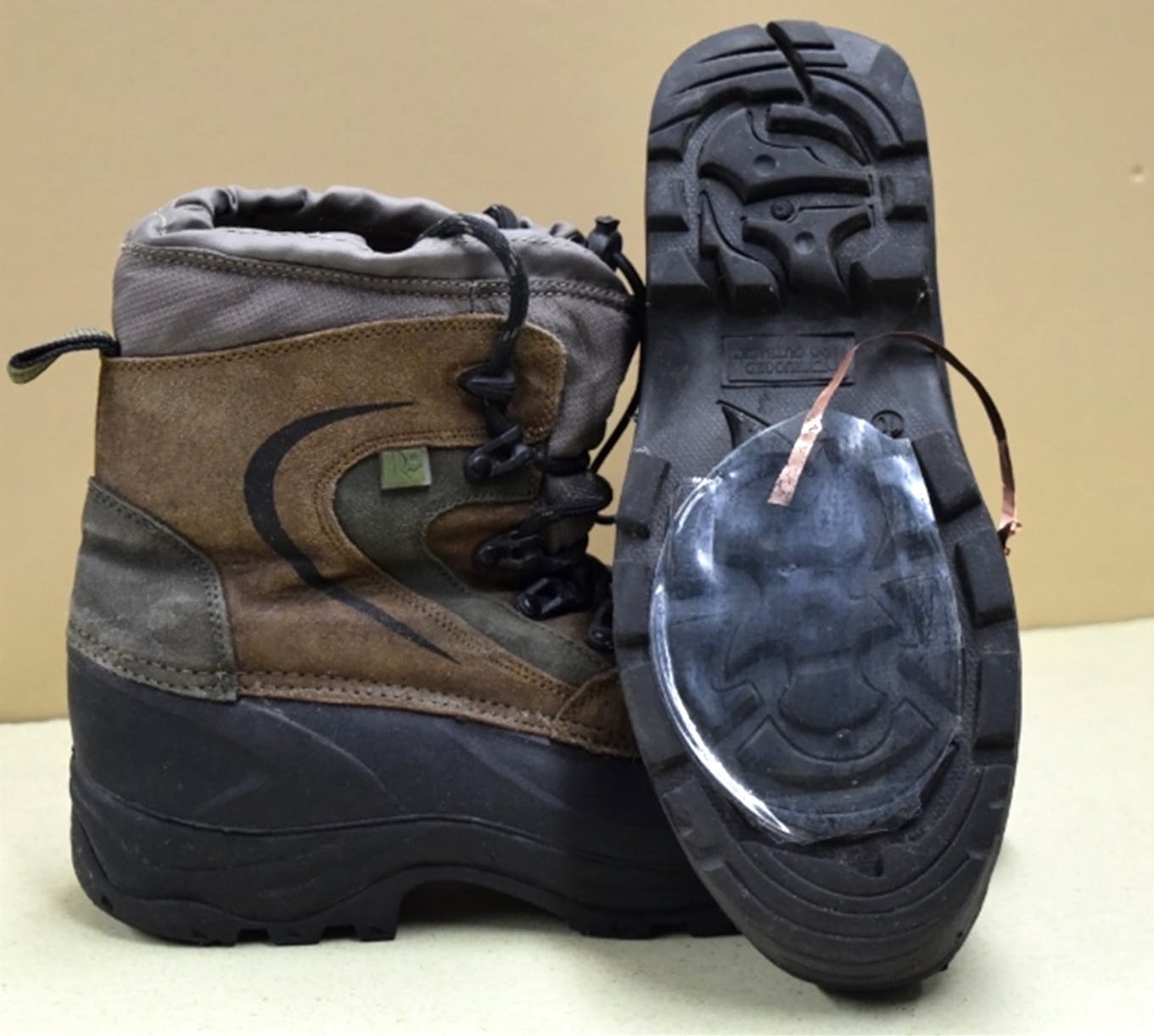 Kaner and El-Kady created their snow device using 3D printing, and described their findings recently in the journal Nano-Energy. They named it snow-TENG, which is short for triboelectric nanogenerator, a term for technology that consists of two materials with opposite charges — one willing to give up electrons and the other eager to take them.

It functions like an unpleasant experience we’ve all had. “When you run your feet against a carpet, charge is transferred from the carpet to your body,” he said. “That’s called a triboelectric effect. Now, if you touch a metallic doorknob, the charge on your body is transferred to the knob, and you get yourself an electric shock. We created electricity using a similar mechanism.”

Snow builds up a charge on its surface because of the way water molecules order themselves as they crystallise into snowflakes, he said. “We thought, ‘Why not bring another material with the opposite charge to extract these electrons to create electricity using the concept of triboelectric generators?’ After trying a countless number of materials, we found that silicone produces more charge with snow than any other material.” 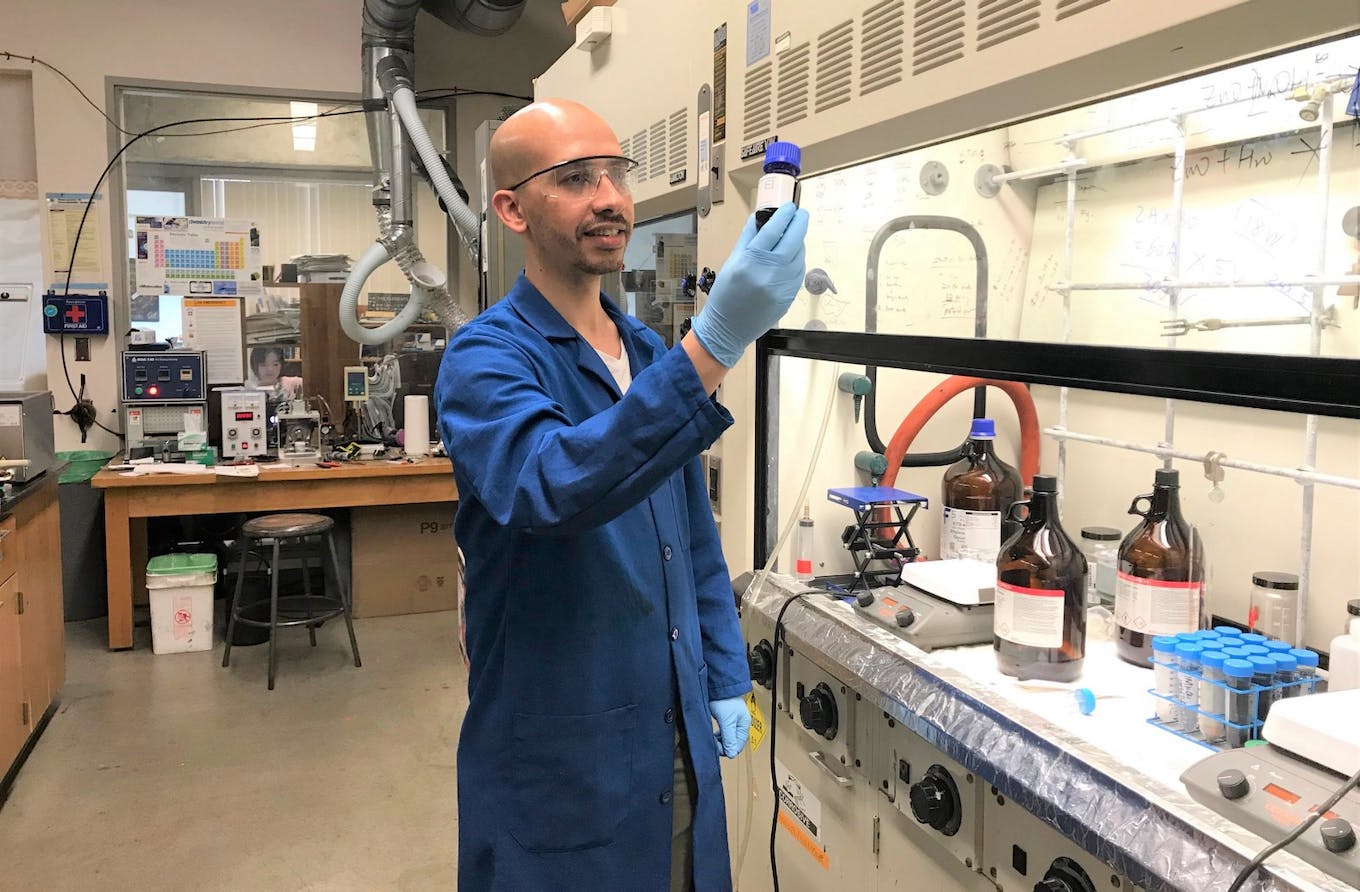 To make the device, they laid down a layer of silicone rubber and another layer of conductive plastic to collect the charge after its contact with snow particles. Silicone is water resistant and “we believe our materials can be painted onto buildings to create electricity, and also provide protection against water and humidity,” El-Kady said.

When attached to clothing, it can function as both an energy harvester for charging electronic devices, but also as a tracking platform, he said. “Just like a smart watch, the device could tell whether the user is walking, running or jumping,” he said. “It also has the potential for identifying the main movement patterns used in cross-country skiing, which cannot be detected with a smart watch. It may also be attached to a bicycle for scavenging unused friction energy, such as from rolling tires on the snow.”

All the materials used are commercially available at low cost, El-Kady added. “Since this is meant for use in wearable applications, you would want wireless transmission of the signal, which you can achieve by combining our device with a Bluetooth module that you could buy from an electronic shop, or [online] for a few bucks,” he said.

But they predicted that one of its most important applications will be its eventual use as in a miniaturised weather station that could monitor snow in real time, providing data about snowfall rate, accumulation, wind direction and speed. “Every time a snow particle hits the surface of the device, it generates electricity, so you get voltage and current signals,” El-Kady said. “In our experiments, we noticed that the shape of the electric signal depends on the angle of the falling snow. If it is snowing on a windy day, it could tell you wind speed and direction.

“So, technically, we made a weather station, but one that is self-powered,” he added. “Unlike conventional weather stations that are bulky in size and often rely on batteries for power, our device can work indefinitely.”

This article was published with permission from Nexus Media.