Still traumatised from the turmoil of the reigns of Lon Nol and Pol Pot, Cambodians are gradually healing from a troubled recent past. But climate change threatens a mental health relapse.

Cambodia has been ranked among the most vulnerable countries in the region to climate change. In recent years, the Kingdom has been hit by prolonged droughts, floods and heat waves.

With more than half of Cambodians working as farmers in poor, rural settings, the threat to their livelihoods from hotter and more extreme weather is very high.

Kampong Speu Province, located 45 kilometres from the capital city Phnom Penh, has been among the provinces to be most severely affected by drought.

“Every year, I could produce up to 1.9 tonnes of rice, but the yield as dropped by almost a half,” Neth says.

“I am deeply concerned about rice production; rice has helped feed my entire family for generations. I am afraid that this problem [drought] will continue in the coming years. I have no idea what I can do to solve this problem.”

The impact of climate change on the environment and people has been increasingly well reported, but the affect on human mental health less so.

According to a recent research commissioned by the American Psychological Association this year, long-term climate change can indirectly cause mental health problems as the changes in weather patterns, storm and rising sea levels put people in danger of experiencing chronic psychological consequences such as trauma and shock, chronic depression, stress disorder and anxiety.

“High levels of stress and anxiety are also linked to physical health effects, such as a weakened immune system,” the report explains. “Worrying about actual or potential impacts of climate change can lead to stress that can build over time and eventually lead to stress-related problems, such as substance abuse, anxiety disorders and depression.”

Neth is prone to chronic stress, worrying about the productivity of his rice farm.

If the climate change impacts continue to surge, I think those who already have been healed will be more potentially at risk of recurrence.

Poor people, children, pregnant women and the elderly are at the greatest risk of mental health problems from exposure to climate-related disasters.

The World Health Organization (WHO)’s Cambodia office did not comment on the American Psychological Association’s report. However, WHO acknowledged that indirect impacts of climate change on people’s health include stress, citing a report by the Intergovernmental Panel on Climate Change (IPCC), the most authoritative UN body on review of scientific evidence related to climate change.

“Climate change affects health in three ways: The first is direct, the second is indirect through the environment and ecosystem changes, and the third is the indirect impacts mediated through societal systems such as malnutrition and mental illness,” WHO Cambodia wrote in an email.

Kao Sovandara, psychology lecturer at Royal University of Phnom Penh, mostly agrees that climate change has indirect impacts on people’s mental health, despite the fact that no scientific studies have yet been done on the topic in Cambodia. 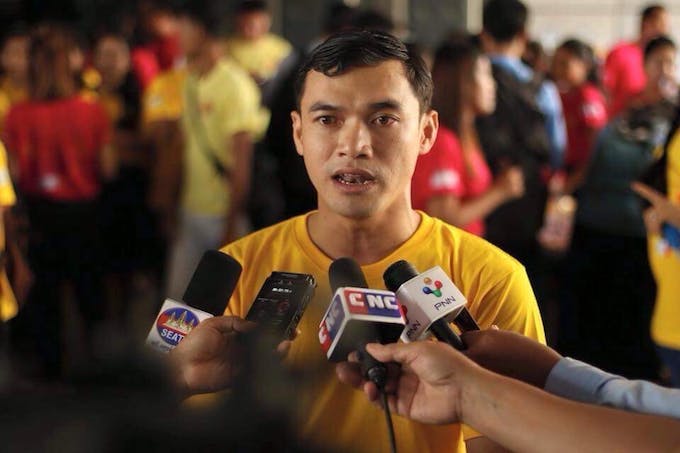 “Even though we don’t have scientific studies on this issue, climate change creates natural disasters, which is the main factor affecting people’s mental health,” Sovandara explains.

“For example, when climate and weather-related disasters such as droughts and floods occur frequently, farmers can’t farm. There’s no doubt that they get stressed, and that eventually leads to mental health problems. The more severe the disaster, the greater the impact on mental health,” he adds.

Dr. Ka Sunbaunat, a psychiatrist and former dean and professor at the University of Health Sciences, Cambodia, also considers the change in climate patterns to be a real threat to people’s mental and physical health.

He says that people living in the countryside and the city may experience different problems, but both will suffer from the negative psychological effects of severe climate change.

“Generally, those who live in the cities find themselves under stress and suffering from depression because they have difficulty traveling or going out during the dry season due to extreme heat.”

“Those who live in remote rural areas, who depend on rainfall for farming, find themselves experiencing more chronic concerns as they can’t grow their crops to feed their families,” says Sunbaunat. “When there are storms, poor people in the rural areas will be the most affected.”

Cambodian people have experienced a tragic recent past, from the Lon Nol regime in 1970 to the collapse of Pol Pot regime in 1979. Many people fell victim to the decade-long civil war; millions died, and the survivors were left severely traumatised.

Due to the rapid economic growth that followed the first democratic election in 1993, the older generation of Cambodians has been able to gradually heal their psychological wounds. 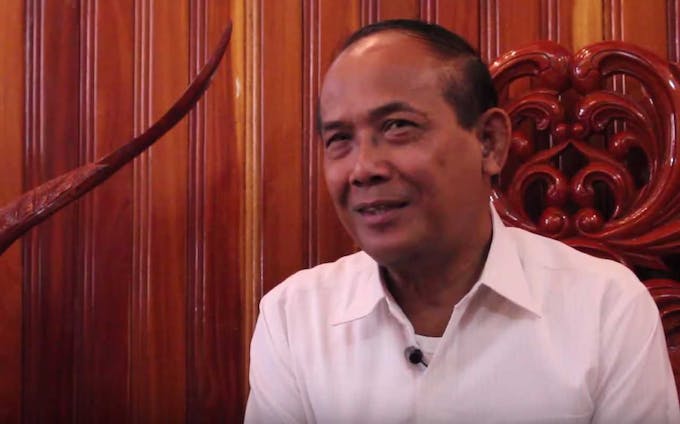 But Sunbaunat says that if climate change’s intensifying effects persist, there is a danger of mental health relapses, as people have not been completely healed from the past.

“They have been in recovery mode, helped by the significant improvement in living standards over the last few decades resulting from fast economic growth and development,” says Sunbaunat. “But if climate change impacts continue to surge, I think those who have been healed will be at risk of a recurrence,” he said.

While tackling climate change will require a huge effort and is a long-term process, experts suggest that it is important to raise awareness of the mental health issues at play. This will help people build personal and psychological resistance to climate change.

Sovandara says that Cambodian people will need to understand more about mental health issues and how to identify them.

“Mental health problems often go unnoticed in Cambodia. Most Cambodians don’t think they have mental health issues, because they don’t know how to recognise them.”

“The most important thing we can do is help people be mentally prepared for the impacts of climate change,” Sovandara said.

Sao Phal Niseiy is currently a journalist at Thmey Thmey based in Phnom Penh, Cambodia, having a deep interest in foreign affairs, international politics and climate-related issues. He is a 2017 Southeast Asia fellow for Climate Tracker and 2017 fellow for the Climate Change Media Partnership (CCMP).