Carbon credits: How to tell if they're the real deal or not

As the global community accelerates efforts to reduce greenhouse gas emissions and curb climate change, carbon neutral labels are an increasingly common sight on products and services. How can consumers tell if these claims are the real thing or just fluff? 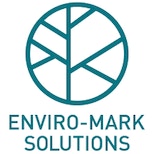 Sustainability is slowly but surely gaining ground in the business sector, and showcasing a company’s environmental initiatives is now mainstream.

Carbon neutrality has become the new Holy Grail in sustainable business as companies ranging from airlines to manufacturers to tour operators try to set themselves apart as good corporate citizens who are reducing climate change impacts.

Being carbon neutral typically involves a company ‘offsetting’ the carbon emissions it generates by funding initiatives such as reforestation or renewable energy projects that produce carbon ‘credits’ of the equivalent amount.

Dodgy carbon neutral claims can take many forms, says Smith. For example, some carbon offset schemes allow companies to simply do rough calculations of their emissions and say that they have offset them by paying for some trees to be planted – a well-meaning but ultimately unscientific method.

Firms that peddle such schemes to companies may issue carbon neutral logos to unwitting clients without measurement against a recognised standard and without independent verification notes Smith.

Some use vague methods to estimate the emissions which need to be offset, or sell suspect credits - such as from the planting of forests which are then used for firewood, or “forward-sell” credits from uncompleted projects before the emissions reductions have been achieved.

One such scheme claims to have more than 2,500 clients and allows websites to display a carbon neutral logo where the emissions to be offset are estimated from the number of page views.

From this, it estimates how much energy is used by data centres and servers to keep the site up. Rather than requiring users to fill in details about their energy sources, the site bases its estimates on the assumption that all energy used is coal generated, which is not the case in many countries including New Zealand.

Disregarding cleaner energy sources from their calculations maximises the number of offsets that need to be purchased. The site also does not calculate the emissions linked to manufacturing the hardware to power the website.

Companies wanting to market themselves as carbon neutral must avoid such unreliable schemes because they undermine their genuine sustainability achievements and could lead to challenges that their carbon neutral claim is misleading, says Smith.

Many countries, including New Zealand and Australia, have, in recent years, passed consumer protection regulations which stipulate that environmental and carbon claims must be “accurate, scientifically sound and substantiated”.

Still, misleading claims persist because companies are not aware of the questions to ask. However, a complaint to the regulator could spark an investigation and severe damage to a company’s brand reputation, says Smith.

The aim of reaching emissions neutrality by 2050 – as outlined in the Agreement - will pressure governments, businesses and environmental groups to ensure their emissions reductions claims and any offset used are genuine, she notes.

The good news is that there are reliable and rigorous schemes available, and asking just a few basic questions can help companies separate the wheat from the chaff, says Smith.

“First, firms should check if a scheme is based on a recognised environmental standard,” she advises. “Second, the certifying body should be internationally accredited to offer certification against the standard, which ensures that the scheme logo will be recognised in global markets”.

The certification schemes offered by Enviro-Mark Solutions, a subsidiary of the New Zealand government’s Crown Research Institute Landcare Research, meet both these criteria, says Smith, who has headed the company since 2013.

The company’s CEMARS programme, or Certified Emissions Measurement And Reduction Scheme, certifies companies which accurately measure and reduce their greenhouse gas emissions, while its carboNZero programme endorses companies which go one step further and offset all their unavoidable emissions.

Both schemes use the International Standards Organisation’s (ISO) criteria for quantifying and reporting greenhouse gas emissions and reductions or ISO 14064. A similar set of guidelines, known as the Publicly Available Specification (PAS) and developed by the British Standards Institution, is used for product and service lifecycle carbon footprints.

“Everything we do is science-based,” says Smith. “It is important to have a rigorous measurement so you have a baseline against which to measure performance and set targets for improvements”.

Everything we do is science-based. It is important to have a rigorous measurement so you have a baseline against which to measure performance and set targets for improvements.

Both certifications require companies to undergo an annual audit, and can cost between NZ$4,000 and NZ$30,000 per year, depending on the size and complexity of the firm.

The company must then prepare a management plan for reducing emissions, ideally based on science nased targets which require about 5 per cent emissions reduction per year.

Independent auditors verify the company’s emissions figures and reduction plans before a technical reviewer double-checks them. Once these stringent requirements have been satisfied, Enviro-Mark Solutions advises the firm on how many credits it must buy to achieve carboNZero status and provides a range of pre-approved credit options.

Only verified credits that meet Enviro-Mark Solutions’ high standards may be used to achieve carboNZero certification.

The CEMARS and carboNZero Programmes use international standards to assess companies and are also accredited as credible by the Joint Accreditation System of Australia and New Zealand (JAS-ANZ) under another set of ISO standards.

The schemes were the first carbon certification programmes to be accredited under the ISO’s standard for organisations which verify greenhouse gas claims (ISO 14065).

International reporting mechanisms such as CDP (formerly known as the Carbon Disclosure Project) and the UK Environment Agency’s Energy Savings and Opportunity Scheme also accept CEMARS and carboNZero certifications as a way to report.

This international recognition makes it easier for certified companies to meet environmental requirements in global markets and grow their consumer base, says Smith.

Beyond carbon certification, Enviro-Mark Solutions also applies the same stringent standards to its Enviro-Mark certification for environmental management systems, which pegs its certification standard to ISO’s 14001 standard; and the Energy-Mark, which guides companies to measure and reduce their energy use in line with ISO 50001.

Companies participating in both schemes can progress from Bronze labels for basic adherence to the certification requirements to Gold or, in the case of Enviro-Mark, Diamond awards for conscientious efforts to implement and measure improvements in environmental performance.

Enviro-Mark Solutions’ international credibility has attracted more than 400 clients in five countries – New Zealand, Australia, the United Kingdom, Chile, and the United Arab Emirates. The certifications are available in 17 countries and recognised in over 60 nations globally.

It was a particularly proud moment for Enviro-Mark when BusinessNZ attained carboNZero certification in 2015, shares Smith, as the network can advocate the benefits of carbon neutrality to its members.

Further afield, organisations such as the Scottish Parliamentary Corporate Body and UK-based building and infrastructure developer Skanska have been CEMARS certified since 2010 and 2011 respectively.

“Our clients get certification on a voluntary basis and are driven by a moral imperative,” Smith says. “But they get frustrated by a lack of consumer demand for products certified by us, as well as uncertainty around climate policy in the Australia and New Zealand region”.

Nevertheless, companies should be proactive about reducing their emissions because climate change has the potential to directly impact their operations and supply chains.

As investors seek to remove carbon-intensive companies from their portfolios, companies also face significant economic risk if they do not keep up with the shift towards a low-carbon economy, says Smith.

Despite the multiple reasons for companies to be accountable for their emissions, Smith’s own motivation for advocating corporate environmental responsibility is much simpler.

“I have grandchildren,” she says.