Can the WTO​ curb dangerous overfishing?

A World Trade Organisation (WTO) meeting in Nairobi this week has restated the need to reduce fishing subsidies and try and protect global fishing stocks, but a global agreement will be necessary to remove trade distortions that underdeveloped nations say promotes overfishing.

“We will continue to seek appropriate enhanced WTO transparency and reporting to enable the evaluation of the trade and resource effects of fisheries subsidies programmes,” said a statement endorsed by 25 ministers at the meeting, which ended today.

Fishing subsidies take a range of forms, with each designed to protect or grow the fishing industry. Some subsidies increase capacity​ ​by underwriting fuel costs ​and​ ship upgrades​,​ while others promote sustainable development by funding scientific research or fisheries management.

​However, a large proportion of subsidies are driving ​harmful ​overfishing​ in the high seas​, as fleets chase big profits leading to the disastrous depletion of fish stocks.

Countries provide​ on average US$30 billion a year in fisheries subsidies. Almost two-thirds of this directly encourages unsustainable, destructive or even illegal practices, according to data from the Global Ocean Commission (GOC). The World Bank calculates that this​ damage​ cost​ the global economy US$83 billion in 2014.

“Behind these figures are the thousands of fishing-dependent communities​ in poorer regions​ who are​ finding it harder and harder to compete with their subsidised rivals, and whose food security is threatened as fish stocks are depleted by industrial fleets from distant lands,” said José María Figueres, co-chair of the GOC.

“The WTO ministerial conference is an opportunity to finally deliver a phase​-​out of harmful fisheries subsidies and a ​provide a ​pragmatic, credible package of agreements to strengthen development through fair trade,” he added.

The dangers of subsidies for open-ocean fishing​ - ​fishing grounds positioned in deeper and less sheltered water​ -​ are particularly grave. Half of subsidies for deep sea trawlers go on fuel, which push​ unsubsidi​s​ed trawlers out of the market.

Over 85 per cent of the world’s fisheries are now stretched to their biological limits and are in need of strict management plans to restore them, says WWF. Several important commercial fish populations, such as Atlantic bluefin tuna, have declined to the point where their survival as a species is threatened.

In China, demand for fish has grown in step with economic prosperity. Between 1970 and 2010, the proportion of fish in the national diet quintupled, to 25 kilogrammes per person per year, according to a recent report by the Canadian Security Intelligence Service. Over-fishing has forced crews to look further out at sea.

In 1988, 90 per cent of the Chinese industry fished close to the coast, but by 2006, 60 per cent of the catch in Guangzhou province was offshore. Hundreds of fishing boats in Hainan province receive between US$300 and US$500 per day to go fishing in disputed waters, it says.

Deteriorating marine environments, dwindling fishery stocks and increasing international calls for protection of ​natural resources​,​ mean there is no longer any doubt that a deal on subsidies and restrictions on fishing is needed, said Chen Shuping, head of the China Society of Fisheries, a non-profit scientific society.

The GOC has urged the need to control fuel subsidies​, starting with an immediate cap, followed by a plan to phase them out completely within five years. 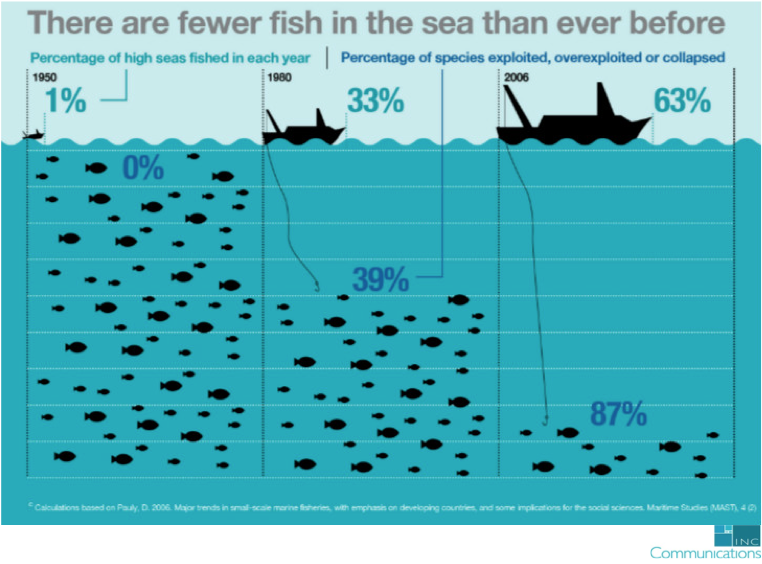 At the WTO Ministerial Conference in Doha in 2001, initial talks to curb fishing subsidies ended in failure. The resulting ​draft ​deal on subsidies, appended to the WTO’s Subsidies and Countervailing Measures Agreement, had limited legal force and was not universally ​binding.

The main reason for delay​ed progress​ has been a lack of consensus on what constitutes a subsidy.

The diverse ​nature​ of subsidies makes them difficult to categorise. The​y encompass the direct transfer of funds, interest-free loans and tax breaks. Some subsidies, such as those for fuel or new boats, are easy to identify; while others, such as governments opting not to strengthen oversight of fishing vessels, are less so. ​Previously, ​WTO members ​have ​disagree​d​ on what type of subsidy is harmful and what constitutes cause for bringing a complaint.

Take diesel subsidies, for example. Countries opposed to ​their inclusion​ on​ the banned list (the EU, Japan and Korea), say diesel subsidies will not damage fisheries if effective management is in place. Supporters (such as New Zealand), ​argue that is they are not banned​, then the impact of reform​​ will be extremely limited.

There are also huge differences across nations in the amount of subsidies given, meaning a ban on “harmful” subsidies will have differing effects. In Japan, the country which provides the highest amount of fishing subsidies, 60 per cent of subsidies are spent on an expansion of fishing capacity.

A fuel ban here would deliver a major​ blow to the domestic fishing sector. However, in the US, a supporter of large cuts in subsidies, only 6 per cent of subsidies ​would be affected.

David ​​Schorr, a senior manager with W​W​​F’s Transparent Seas Project​,​ toldchinadialogue ​that the real challenge is the lack of transparency.

​​Schor​r says that if countries know which ​subsidies are being provided, then ​they​ could predict the impact on fisheries and take prompt measures in response. Without transparency​,​ problems are harder to identify, and fishing capacity will remain high, ultimately causing fisheries to collapse.

The sustainable use of oceans and marine resources ​formed part of the​ UN’s 17 sustainable development goals in 2015​. ​Another challenge to negotiations,​ as with climate change​ talks, is balancing the varied interests of different countries.

For individual parties, the benefits of cutting subsidies are clear. ​Harmful subsidies impact on both developed and developing nations. They​ lead to overfishing and the exhaustion of fish stocks. Dwindling availability has already forced up costs.

For nations with underdeveloped fishing sectors, the reduction in fishery stocks is not just a los​t​ development opportunity – it also affects livelihoods. Data from the government of Senegal shows that between 1994 and 2005 catches fell by more than half.

This has forced many vessels to risk fishing in Spanish waters, with many lives lost as a result. Fishing outside a nation’s EEZ can still threaten fisheries within the EEZ, as stocks move between the two. Since March ​2015, the African, Caribbean and Pacific ​S​tates ​G​roup has been calling for a deal to be reached at December’s conference.

It will require wisdom to find a compromise, but it is not impossible. The EU was initially strongly opposed to talks specifically on fishery subsidies, but ​is now supportive.