Global Reporting Initiative has launched in Southeast Asia, and the non-profit aims to help businesses in the region navigate the complexities of sustainability reporting.

The world’s most widely recognised sustainability reporting standard, Global Reporting Initiative (GRI), has launched in Southeast Asia, with Singapore as the regional base.

The Amsterdam-headquartered non-profit, whose standard is used by three quarters of the world’s biggest companies, aims to help Southeast Asian companies identify and manage their environmental, social and governance (ESG) impacts in a region still new to sustainability reporting.

A 2018 report by CSR Network found that, of the Southeast Asian countries most literate in sustainability reporting, Malaysia has the highest rate of disclosure, with just under two thirds (65 per cent) of big companies reporting their ESG impacts.

GRI launches in Singapore—where ESG reporting for publicly listed companies became mandatory in 2017—with a mission to improve reporting quality and get a better understanding of the sustainability issues Southeast Asian companies face, according to the organisation’s chief executive Tim Mohin.

Sustainability reporting is still seen as a box-ticking exercise in compliance in Southeast Asia.

While there has been some “push back” from Singapore listed firms frustrated with the requirements of sustainability reporting, GRI now has a local presence to help companies navigate the complexity of the practice, Mohin told Eco-Business in an interview at Singapore Exchange (SGX) on Tuesday. 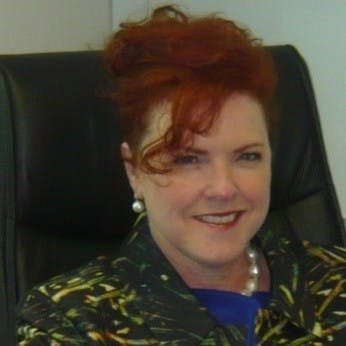 The founding partners will fund GRI’s Asean hub for a three-year startup phase, after which time the organisation will need to be self-sufficient, Mohin said.

Mohin addressed concern among Singapore’s sustainability consultancy community that GRI would offer competing services, such as training and guidance for completing sustainability reports.

“We collaborate with and enable consultants, we don’t compete with them,” he said.

Sustainability reporting is now compulsory for listed companies in Thailand, Malaysia, and Indonesia, while Singapore and the Philippines have comply-or-explain policies in place.

One part of sustainability reporting where Asian companies tend to struggle is stakeholder engagement, and Mohin said that giving companies advice on how to better engage with stakeholders is “something we’re looking at.”

Too little knowledge, too many standards

He added that a local presence would give GRI a better understanding of how companies in Southeast Asia work. “If you’re sitting in an office in Amsterdam, it’s not easy to engage directly with companies on issues material to them,” he said, pointing to the extraction and resource industries that dominate Southeast Asia’s business landscape.

The Singapore launch should give GRI a local edge over competing sustainability standards such as those from Sustainability Accounting Standards Board (SASB) and International Integrated Reporting Council (IIRC), but Milburn said Southeast Asian firms are more concerned about meeting one standard not a few.

“Companies are frustrated that each standard has a slightly different approach,” he said, echoing a point made last month by the chief executive of the World Business Council on Sustainable Development, Peter Bakker, who said there was a clear need for consolidation in the reporting space.

Addressing this point, Mohin said that the Corporate Reporting Dialogue, a multi-stakeholder platform that aims to create more consistency among reporting standards, is to make a major announcement at the end of September that should allay the concerns of frustrated companies.

News of GRI’s launch emerges the week after a report by World Wide Fund for Nature (WWF) revealed Asean’s top banks to be largely ignoring ESG considerations in their lending operations.

Jeanne Stampe, WWF’s head of Asia sustainable finance, said she welcomed the creation of the GRI Asean hub, and hoped it would deliver “meaningful and comparable reporting of the ESG impacts and dependencies” of companies in the region.

“As GRI supports the Task Force on Climate-related Financial Disclosures recommendations [which push companies to disclose their climate risk], we hope improvements in the quality of TCFD-aligned disclosure will boost the ability of investors to engage effectively with portfolio companies on climate risk management strategies,” she told Eco-Business.