Vancouver—the mountain-fringed, bicycle-friendly, pot-loving host of the 2010 Winter Olympics—wants to be the world’s greenest city by 2020. Here's how the city is trying to reach that goal, and reaping economic benefits along the way.

In her earlier life, Andrea Reimer rummaged through dumpsters, trying to find useful items in other people’s rubbish. Today, she’s fighting for the city of Vancouver to, among other lofty ambitions, put an end to waste.

A rags to riches story that she is not afraid of telling, Reimer was put into foster care as a baby, fell into drug and alcohol addiction as a teen, and spent much of her formative years on the streets until a trip to El Salvador in the 1990s kindled a passion for environmental protection.

Now in her forties, Reimer is part of a team at the Vancouver City Council that wants to transform the Western coastal seaport—famous for its snowcapped mountains, being the birthplace of Greenpeace and singer Bryan Adams—into the world’s greenest city. 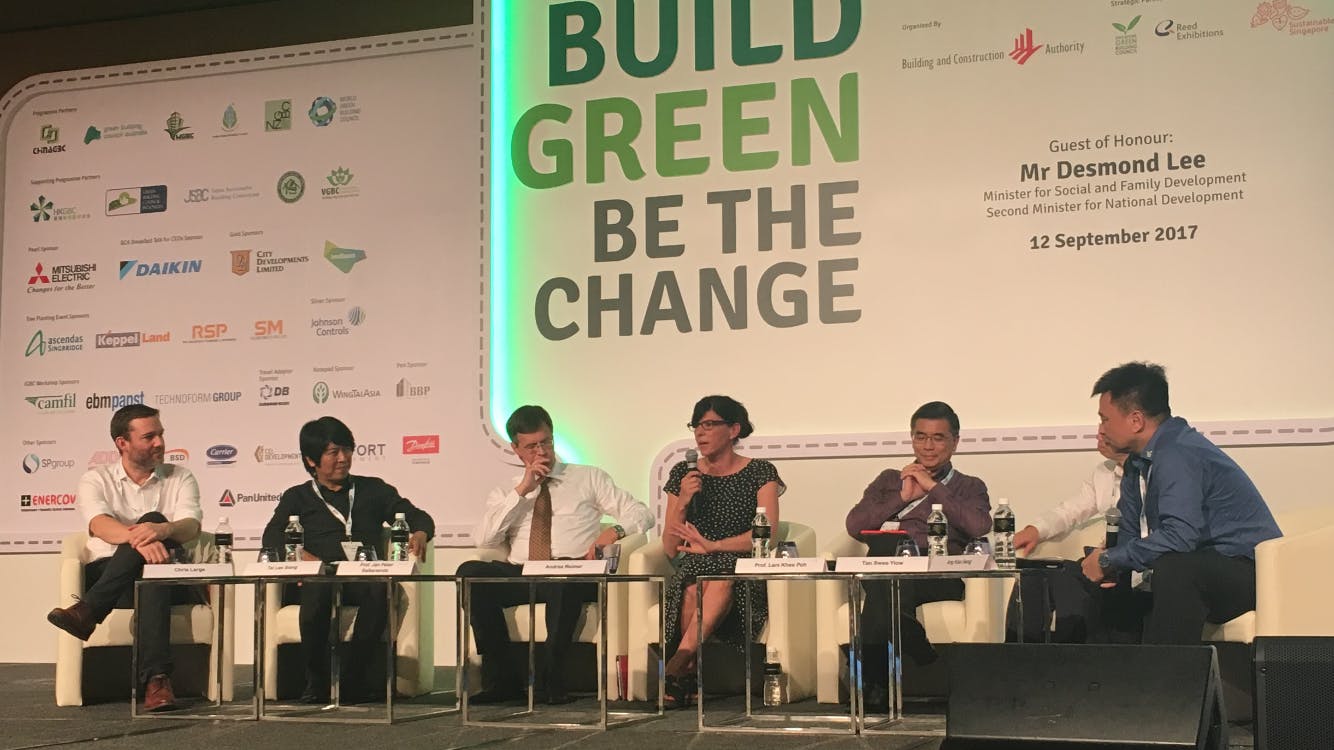 The councillor, who has served the Vision Vancouver party since 2005, is a politician who is as pragmatic about the city’s goals as she is optimistic.

Speaking at the International Green Building Conference in Singapore’s Sands Expo and Convention Centre last week, she noted that there are four things Vancouver needs to become the world’s greenest city: leadership, a plan, commitment to that plan, and a willing public. 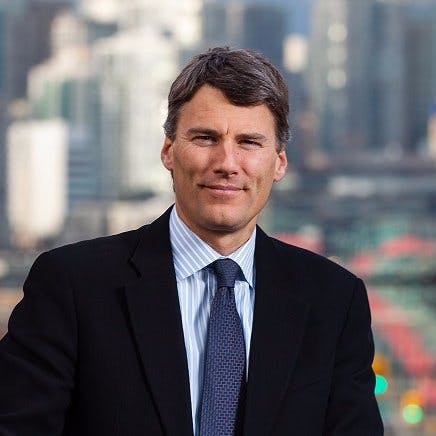 When it comes to the first requirement, Vancouver has “a leader who leads” in Gregor Robertson, the mayor since 2008, said Reimer. Three months after his election, Robertson, who is on track to become the City of Vancouver’s longest serving mayor, put together the Greenest City Action Team to support his world’s greenest city campaign promise.

The plan for Vancouver to be the greenest city could not progress without clearly defined metrics, Reimer added.

“Some is not a number and soon is not a time,” she said, referring to a phrase often used in City Hall to stress the importance of putting quantifiable targets and deadlines on progress.

The targets, of which there are 54, include boosting the green economy, eliminating waste, reducing car use in one of the most congested cities in Canada, and producing more locally grown food.

Vancouverites were asked how they wanted the Greenest City Action Plan (GCAP) to play out in a public consultation process. Thousands of concerned citizens sold out the largest venue in the city to tell the council what they wanted to see from the plan.

But, controversially perhaps for a Western democracy, the public was not consulted when it came to developing the metrics.

“There are clear scientific answers for where the carbon limit is for the atmosphere, what makes the best quality water, and how many green jobs you need to be the greenest city on earth,” she added.

From plans to action

GCAP went into action in 2009, when money was tight and the global economy was on the brink of collapse.

“You couldn’t do anything in North America without making sure that it worked for the economy first,” Reimer recalled.

One idea to curb emissions quickly and cheaply was to reduce car use. This is no easy task in any North American city, despite the fact that the Canadian town has no motorways within its boundaries because of public push-back against a road expansion plan in the 1960s.

Vancouver tackled the challenge by closing off one road lane to cars and opening it to bicycles instead, in the year GCAP went live. Reimer recalls that this was a controversial move at the time. Nine news helicopters hovered above on the day the bike lane opened, “waiting for the world to end.”

“Well, the world didn’t end and the sky didn’t fall in,” Reimer recalled.

There are now 200 kilometres of separated bike lanes in the city of Vancouver. In its first year, the lanes supported 1 million bike journeys. This year, Vancouverites made the same number of cycle rides in just six months.

And it was cheap to do. The bike lane cost less than 0.1 per cent of the city’s budget, and maintenance costs are so low that they don’t even show up as a line item in the operating budget, Reimer noted.

It would be political suicide for an North American city to be anti-car, but Vancouver is trying to nudge its citizens towards the non-polluting variety, shared Reimer.

“We accept that people drive. But we’re aiming for fewer and fewer people to do so, and we’d like them to use electric power,” she said, pointing out that Vancouver has the largest electric vehicle network of charge points in the Americas.

A more popular plan was Vancouver’s war on waste, which centred on a policy to separate out organic and inorganic waste at source, by introducing different coloured recycling bins. The VanSort computer game was part of the push to teach Vancouverites how to sort different types of waste.

The result was not only an increase in the amount of trash that could be recycled, but a reduction in the total volume of waste generated - which fell by a half.

“People started to look at their garbage and decided that maybe they didn’t need to buy things that had so much packaging,” Reimer explained.

Vancouver’s busy building sector, which is growing to accomodate a population that currently stands at 630,000 and is predicted to grow by 40 per cent by 2050, has also seen its waste mountain shrink.

The greenest city masterplan has not only improved Vancouver’s environmental credentials, it has boosted the economy.

The brand value of Vancouver is estimated, by consultancy Brand Finance, to be worth $31 billion, a figure that owes to the city’s association with the environment, green living and sustainable leadership, Reimer said.

Much of that value, the highest of any city in the Pacific Rim, has come from the city’s investment in green jobs, of which there are now 24,800, she added.

The city’s economy has outgrown all other Canadian metropolises for the last decade directly as a result of the green sector, Reimer said.

The push to cut Vancouver’s dependence on areas outside of the city for food has added to the brand story. A programme to encourage farming in the city has seen 43 commercially viable urban farms pop up that contribute $12 million to the local economy.

Despite our best efforts, the climate hasn’t given us any gold stars. We still have the same impacts as other cities do. We still have a lot of work to do.

Since the green roadmap was launched eight years ago, Vancouver has hit three of its 2020 targets already, shared Reimer.

Walking, cycling and public transport now make up 50 per cent of the journeys Vancouverites make, car journeys per capita is down 32 per cent, and greenhouse gas emissions from buildings are down 20 per cent.

Overall, carbon emissions have fallen by 15 per cent, waste to landfill is down 27 per cent, and the number of green jobs is up 49 per cent from 2009. 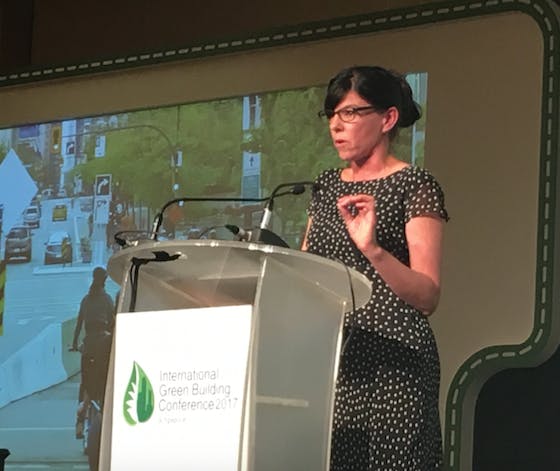 Vancouver also has the lowest per capita emissions in the region, largely thanks to its use of hydropower as its main energy source. Two years ago, the city committed to using only renewable energy for heating and cooling by 2030-2035, and for transport by 2040-2050.

Other North American cities have followed with commitments to go 100 per cent renewable-powered too, even as US president Donald Trump has made moves to revive the coal industry and withdrawn the country from the Paris climate agreement.

Depending on which ranking is used as a measure, Reimer and her team still have a long way to go to for Vancouver to reach its goal of being the world’s greenest city.

For liveability, which includes sustainability measures such as the environment, as well as culture, education and healthcare, Vancouver ranks third in the world, behind Melbourne and Vienna, and ahead of Canadian rivals Toronto and Calgary.

In any case, Reimer is not fixated on league tables. She is motivated by doing right by the climate that is shared by everyone, not just Vancouverites. “We cannot be a green island. Despite our best efforts, the climate hasn’t given us any gold stars, and we still have the same impacts as other cities do,” she said. “We still have a lot of work to do.”

The missing brick in green buildings: The occupant

A building can never really be green if the people inside it aren't. Building owners need to give their occupants a nudge in the right direction, experts said at a recent Building and Construction Authority event in Singapore.
The missing brick in green buildings: The occupant

For more liveable cities, take a leaf out of nature's book

To bring nature back into our cities, we should look at the lessons she has to offer us, said speakers at the International Green Building Conference 2017.
For more liveable cities, take a leaf out of nature's book

When sustainability saved the city

Copenhagen and Vancouver are among the world’s most environmentally friendly, low-carbon cities, but it wasn’t always this way. City officials tell delegates at IGBC 2017 how a focus on sustainability revived their cities.
When sustainability saved the city