Data centres are well-known for being energy guzzlers because of the growth of digital demand. Worldwide, they consume an estimated 200 terawatt hours a year (TWh/yr), or nearly 1 per cent of global electricity demand.

That said, the energy consumption of data centres has not grown at the exponential rate of Internet traffic. This is due to the huge strides made in energy efficiency in data centres. Improvements in the efficiency of servers, storage devices and data centre infrastructure, as well as the move away from small data centres to larger cloud and hyperscale data centres, have all helped to limit the growth of electricity demand.

According to figures from a report by the International Energy Agency (IEA), from 2010 to 2020, the number of internet users worldwide has doubled and global internet traffic has expanded 15-fold. But global data centre energy use has been flat since 2015, at about 200 TWh/yr.

Globally, leading data centre operators have committed to carbon neutrality and science-based targets for emissions reduction by 2030. To achieve these goals, they have partnered with technology companies to develop ways of reducing energy consumption at all levels of operation – from direct-to-chip cooling to providing on-site prime power through alternative energy fuel cells.

One of the main areas of innovation is developing new solutions to cool data centres more efficiently as their capacity grows. Typically, cooling accounts for a large proportion of overall power consumption. Estimates from 2021 suggest that the figure ranges from 30 to 37 per cent.

Air cooling has been widely adopted in data centres since their inception. The basic principle of such systems involves circulating cold air around the hardware to dissipate heat. 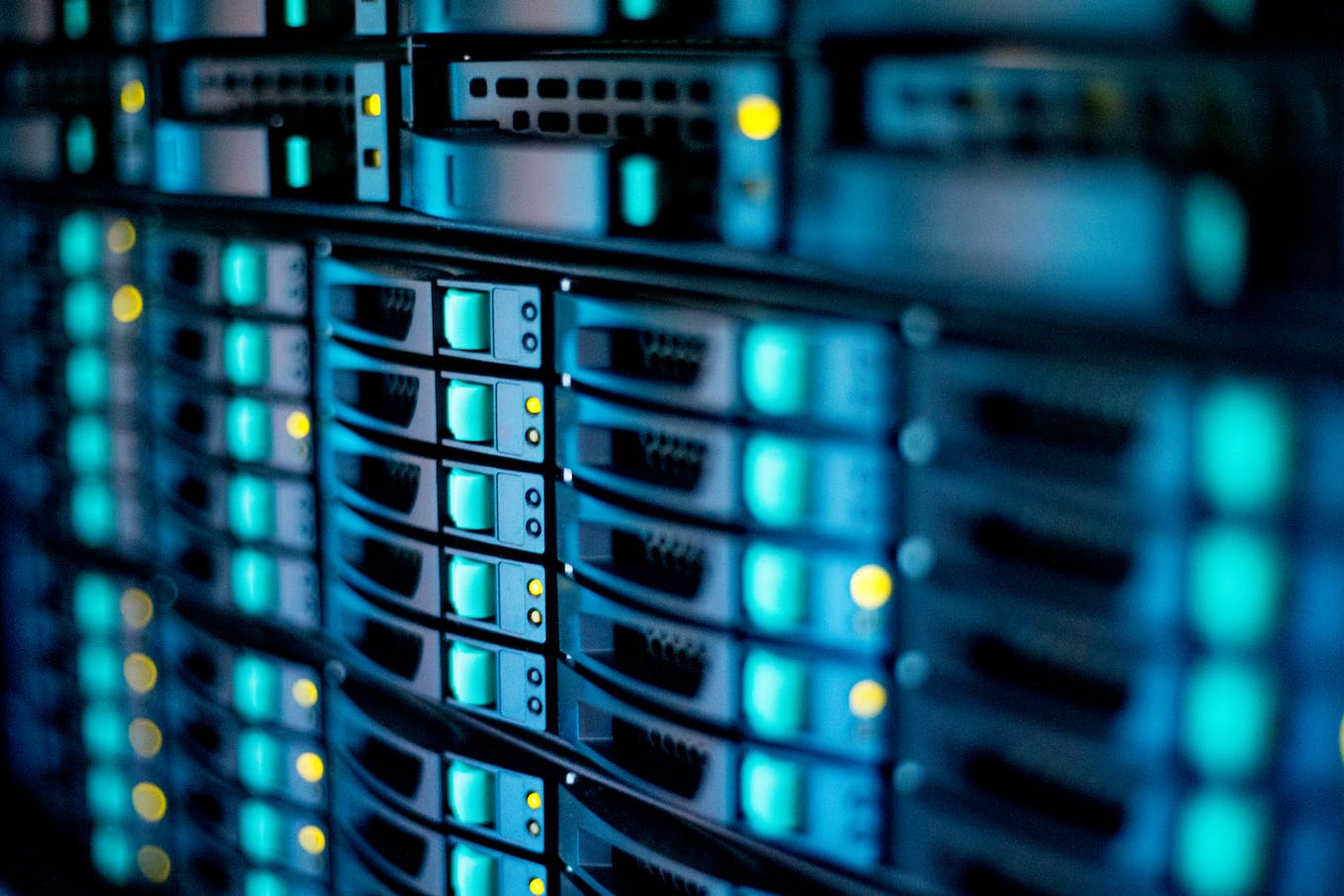 More high power-density racks of up to 50kW are being deployed in data centres, such as those at Equinix’s International Business Exchange (IBX) data centres around the world. Source: Equinix.

But air cooling systems are struggling to keep up with the increases in the power density of racks. Thanks to new generations of central processing units (CPUs), rack power requirements have moved from below 20 kilowatts (kW) to up to 40 or 50 kW today, easily.

Air cooling systems have evolved to address higher densities, but there is a point at which air just does not have the thermal transfer properties to do so in an efficient manner. This has caused organisations to look into liquid cooling, as water and other fluids are up to 3,000 times more efficient in transferring heat than air.

Liquid cooling is available in a variety of configurations that use different technologies, including rear door heat exchangers and direct-to-chip cooling.

Rear door heat exchangers is the more mature technology, where a liquid-filled coil is mounted in place of the rear door of the rack. As server fans move heated air through the rack, the coil absorbs the heat before the air enters the data centre.

Direct-to-chip cooling integrates the cooling system directly into the computer’s chassis. A liquid coolant is brought via tubes directly to the chip, where it absorbs heat and removes it from the data hall. The warm liquid is then circulated to a cooling device or heat exchange.

One of the world’s largest data centre providers, Equinix, for example, is developing a new direct-to-chip cooling technology at their Co-Innovation Facility (CIF) located in the Washington DC area. Developed in collaboration with Zutacore, the system introduces a cooling fluid to an evaporator overlying the CPU to absorb heat directly, which in turn causes the liquid to evaporate and produce a constant temperature over the CPU.

Some operators are challenging the thinking that data centres should be operated at low temperatures of 20 to 22 degrees celsius. There is evidence to support the running of data centres ‘hot’, i.e., increasing their temperature by 1 or 2 degrees Celsius, which improves efficiency without any significant sacrifices in system reliability.

In Singapore, the Infocomm Media Development Authority has been trialing the world’s first ‘tropical data centre’, to test if data centres can function optimally at temperatures of up to 38 degrees Celsius and ambient humidity up to or exceeding 90 per cent.

Running with simulated data, the trial would test how data servers react under various situations, such as peak surges or while transferring data, and in conditions such as with no temperature or humidity controls.

Smart solutions monitoring energy consumption patterns allow data centres to configure the optimal use of their resources, as well as to identify and diagnose equipment problems and take steps to fix them. Software powered by artificial intelligence (AI) can also assist companies to better manage their infrastructure and maximise the utilisation of their CPUs.

In an interview with Fortune, Equinix’s chief executive Charles Meyer explained that AI is used in the company’s data centres to “anticipate where power needs to be applied, how cooling… needs to be done to improve the power usage efficiency of the facility overall”.

New cooling solutions and digital resources are offsetting the energy consumption from increasing data centre services. However, there remains the question of energy supply to the facility overall.

A totally carbon-free solution would involve locating a data centre beside a wind- or solar-generated renewable energy source, or purchasing 100 per cent green energy from the grid. But these may not always be feasible solutions. In Singapore, for instance, space constraints limit the use of solar energy, and wind conditions are not sufficient for wind power. 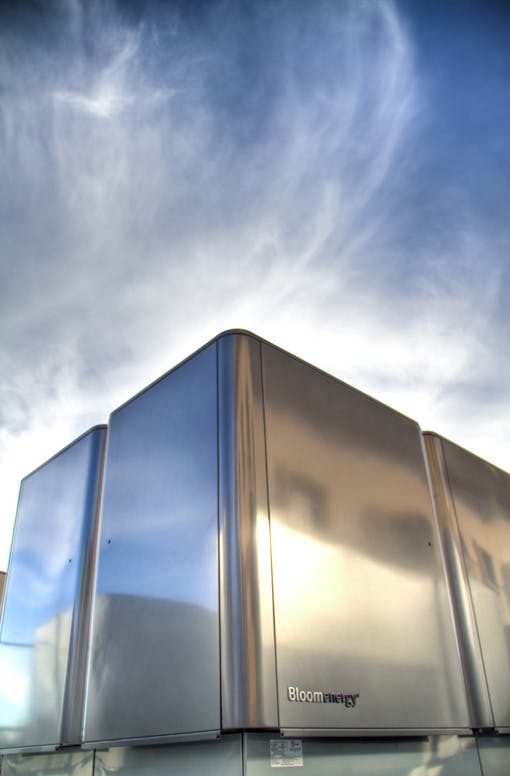 Alternatives include the use of fuel cells for primary power supply at data centres. Fuel cells generate power through electrochemical reactions using natural gas, biogas or LPG. Testing by Equinix at CIF indicates they are 20 to 40 per cent cleaner than gas-powered electricity generation.

When fuel cells are set up near data centres, there are even greater efficiencies. The generated electricity has less distance to travel and hence less energy is lost in the transmission process.

Equinix has deployed fuel cells at 15 of its facilities, including the carrier-neutral SV11 opened in San Jose in 2021, which utilises 4 megawatts (MW) of fuel cells for primary power production on site and can scale up to 20 MW of fuel cells.

Equinix is also part of a consortium of seven companies (including InfraPrime, RISE, Snam, SOLIDpower, TEC4FUELS and Vertiv) which launched the Eco Edge Prime Power (E2P2) project. E2P2 is exploring the integration of fuel cells with uninterruptible power supply technology and lithium-ion batteries to provide resilient and low-carbon primary power to data centres.

This work will also pave the way to transition from natural gas to green hydrogen (hydrogen produced using renewable energy) in fuel cells. Such advances are a step change towards sustainability where green hydrogen is available.

Energy efficiency is crucial in determining future emissions in an industry that will continue growing in response to digitalisation and data consumption.

Besides energy efficiency, major data centre operators are interested in holistic sustainability gains that minimise carbon emissions. They consider how sustainable their supply chains are, total resource use and the company’s whole carbon footprint such as the embodied carbon in building materials.

Equinix, for example, has adopted a global climate-neutral goal by 2030 and has embedded decarbonisation actions across its business and supply chain.

Jason Plamondon, Equinix’s regional manager for sustainability in Asia-Pacific, says that the company is “well on (its) way to meeting (its) climate commitments, with over 95 per cent renewable coverage for (its) portfolio in FY21, maintaining over 90 per cent for the fourth consecutive year”.

He adds: “As the world’s digital infrastructure company, we have the responsibility to harness the power of technology to create a more accessible, equitable and sustainable future. Our Future First sustainability approach includes continuing to innovate and develop new technologies that contribute to protecting our planet.”