Scientists behind the new study said that melting ice caused sea level to rise by around 14 millimeters between 1979 and 2017, and warned that this alarming finding is only the tip of the iceberg.

Antarctica is losing ice at a rate that’s about six times faster than in the late 1970s, and that’s pushed up the global sea level by around 14 millimeters (0.55 inches) in that time frame.

Those are conclusions from a study published on January 14 in the journal Proceedings of the National Academy of Science by glaciologist Eric Rignot and his colleagues.

“That’s just the tip of the iceberg, so to speak,” Rignot, a professor of earth system science at the University of California, Irvine, said in a statement. “As the Antarctic ice sheet continues to melt away, we expect multi-meter sea level rise from Antarctica in the coming centuries.”

The team compared the buildup of snow on the Antarctic Ice Sheet with the amount of ice that glaciers slough off into the Southern Ocean between 1979 and 2017 using aerial photographs, radar measurements taken from space and Landsat satellite imagery.

The results revealed that Antarctica’s ice is melting far more quickly today than in the past. In roughly the first decade that the researchers looked at, up through 1990, the continent lost 40 billion metric tons (44 billion tons) each year. Between 2009 and 2017, that figure jumped to 252 billion metric tons (278 tons) annually. 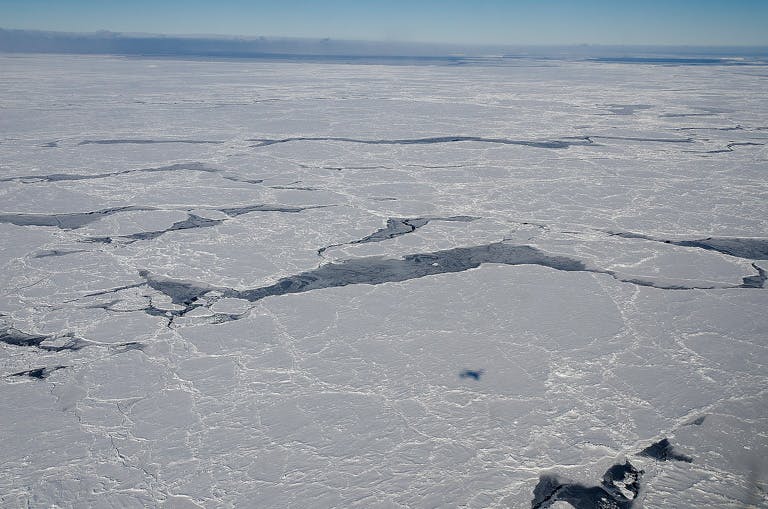 Ice covering the Bellingshausen Sea, off the coast of Antarctica. Image by Michael Studinger/NASA via Wikimedia Commons (Public domain).

Rignot said that East Antarctica’s Wilkes Land sector, which holds more ice than West Antarctica and the Antarctic Peninsula combined, has steadily contributed to the rise of the world’s oceans since the 1980s.

We expect multi-metre sea level rise from Antarctica in the coming centuries.

“This region is probably more sensitive to climate [change] than has traditionally been assumed,” said Rignot, who is also a scientist at NASA’s Jet Propulsion Laboratory in Pasadena, California.

That changing climate strengthens “polar westerlies”—that is, westward-traveling winds—which in turn slosh warm, salty water from the depths against the icy edges of the continent. 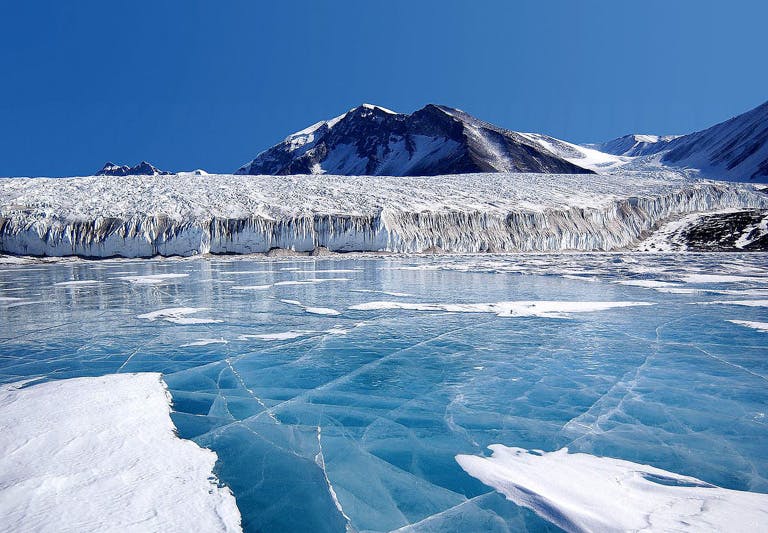 “As climate warming and ozone depletion send more ocean heat toward those sectors, they will continue to contribute to sea level rise from Antarctica in decades to come,” Rignot said.