Aida Greenbury talks about transforming business as usual in Indonesia

In this interview, the former sustainability chief of one of the world's largest pulp and paper companies talks about why many forest programs don't work and what it would take to catalyse the private sector to embrace conservation.

Amid customer defections and intense campaigns by NGOs, in February 2013 APP adopted a comprehensive forest conservation policy, which established protocols for addressing social conflict and barred it from sourcing fiber from suppliers who clear forests and peatlands.

Critically, the policy applied to all of APP’s current and future suppliers across its entire Indonesian supply chain, meaning it couldn’t outsource forest destruction to third party suppliers. In response to the policy, Greenpeace — arguably APP’s most damaging critic until that point — suspended its campaign.

Within APP, the chief architect behind the 2013 deal was Aida Greenbury, the company’s Managing Director of Sustainability.

Greenbury, who first joined APP as a general manager of sustainability in 2004, worked with The Forest Trust and Greenpeace to develop a policy that would be both acceptable to APP’s shareholders, management, and staff and viewed as credible to the company’s outside critics, a tall order given the level of animosity between the various parties, including skeptical NGOs. Transformation in any large company is not easy and requires time.

Although a lot of people disagree or do not understand, at the end of the day saving forests is about money. It’s about business. And if you want businesses to support forest protection, you need to start talking about business risks or natural capital values.

Internally, Greenbury was viewed as the evangelist for sustainability and the enforcer of the forest conservation policy, a position that required her to sometimes take on tough fights to ensure APP’s myriad suppliers — some of whom would have been content to proceed on a business-as-usual course — were complying with the commitment.

Externally, Greenbury became one of APP’s most public faces, regularly representing the company at events ranging from UN conferences to forestry industry meetings to the World Economic Forum in Davos. 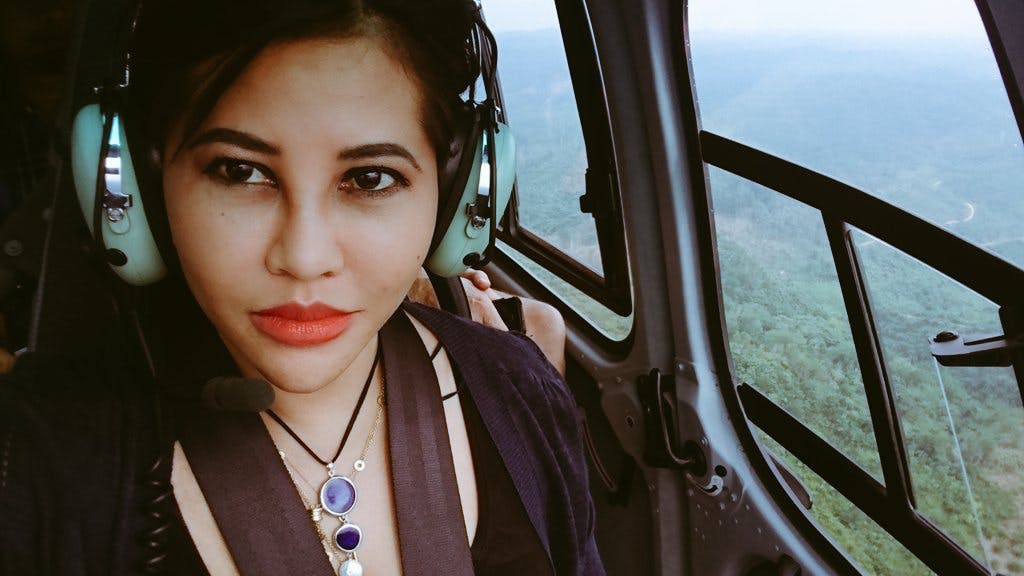 Over time, APP’s forest conservation policy came to be seen as one of the strongest No Deforestation, No Peat, No Exploitation (NPDE) pledges globally. Customers who dropped the company began to return.

Thus when the news broke in May that Greenbury was leaving APP, many observers were caught by surprise. But Greenbury says that after more than a decade of building APP’s sustainability strategy “almost from scratch”, she felt it was time to move on addressing issues bigger than a single company’s supply chain.

“I was with APP for over a decade — that’s 70 per cent of my whole career life to date,” Greenbury told Mongabay in a July 2017 interview. “I have provided almost every bit of knowledge I have about forestry, pulp, paper and sustainability to the company and embedded that knowledge into its team. Now its sustainability team is strong and global. It’s time for me to move on, to share my knowledge and expertise more widely , to continue the fight in different ways, to innovate and deal with greater challenges.”

Dismayed by ongoing degradation and destruction of natural systems, Greenbury wants to transform how landscapes are managed by convincing companies and governments to incorporate natural capital into their financial decision-making.

Doing so will require long-term vision, new types of collaborations between parties that have traditionally been adversarial, and a plan to actively rehabilitate and restore damaged ecosystems.

“Although a lot of people disagree or do not understand, at the end of the day saving forests is about money. It’s about business. And if you want businesses to support forest protection, you need to start talking about business risks or natural capital values,” Greenbury said.

“Deforestation does not only destroy biodiversity; it destroys all the other values in the landscape as well such as water quality and quantity, and stored carbon. That in turn will destroy benefits relevant to any investment in the landscape, relevant to taxes and the income of the country. In reverse, halting deforestation, if designed properly, will maintain and increase these benefits.”

“Due to the current social and economic situation in Indonesia, and the sheer number of people that rely on these landscapes, we must ensure this forest and peatland remains profitable by, in example, implementing a ‘protection, production and livelihood’ concept. We must make forest and peatland protection a profitable business for the people’s welfare.”

In her interview with Mongabay, Greenbury discussed her ambitious vision for shifting business-as-usual in Indonesia and beyond, including saving and restoring the planet’s vanishing wild places.

Rhett Butler for Mongabay: What originally inspired you to choose forestry as your profession?

Aida Greenbury: It all started with my father. I didn’t know much about him as a toddler – as soon as I was born he went away to study forestry at Minnesota University in the USA. For the first 5 years of my life I knew my father from the letters he sent that told us about the things he learned.

At his return, the forestry industry was booming in Indonesia. My father was quickly recognized for his expertise and he travelled all over Indonesia and beyond to lend his forest management skills. When he came back home he would tell me all the stories about the jungles he visited, and the trees and animals he saw.

While other children were outside playing, for the most part I was staying at home with my father, using color pencils to help him finalise the country’s forest maps. My father was the first person to be granted professorship for forestry management by the Indonesian President. He was the dean of the forestry faculty at Gadjah Mada university for 20 years, and I later became a student studying under him.

As the dean’s daughter, I felt extra pressure to succeed in my studies. He was well respected; everyone in the industry knew my father. I wanted to continue his fight for responsible forest management, but I also realised that he left very big shoes to fill.

One of the lullabies my father used to sing for me was the song ‘Hutanku Tak Akan Hilang’, which means ‘my forests will never disappear’. Today I fight to find innovative ways to contribute my forestry knowledge and make sure that old lullaby rings true.

Mongabay: You recently transitioned from managing director of sustainability at APP. Can you describe what was involved with that role in recent years?

Aida Greenbury: It has truly been a pleasure to be able to work for APP for more than 13 years. The years I spent with the company were some of the most colorful years of my life; I found friends and family while working there, which made leaving APP a very hard decision for me. When I started my career at APP I was a general manager of sustainability, back in 2004.

It was a challenge, especially for an Indonesian woman in a male dominated industry. I initially tackled the most basic issues such as material traceability, transparency, and developing baselines for environmental and social foot-printing. They were basic, but even those simple elements were crucial components of the strong foundation atop which APP declared their Forest Conservation Policy (FCP) in February 2013.

It was a great moment, a victory for all of us. My career at APP was undoubtedly rewarding, but at the same time, it was a roller coaster of a journey. I had to reach out and face the unexpected, such as by embracing our harshest critic, Greenpeace.

We had to transform rapidly to being transparent and open about our plans and performance. APP was the first pulp and paper company to come out with a zero-deforestation commitment with the FCP, so no one really knew how it would work. At times, it felt like I was jumping off a cliff and only growing my wings on the way down.