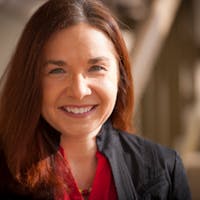 Katharine Hayhoe is an atmospheric scientist whose work focuses on developing high-resolution climate projections and helping businesses, cities, states, and federal agencies prepare for a changing climate. She is a professor and director of the Climate Science Center at Texas Tech University, and CEO of a scientific consulting company, ATMOS Research; but she may be best-known to many for her work in bridging the broad, deep gap between scientists and people of faith— work that led TIME to name her as one of the 100 most influential people in the world in 2014 and Fortune as one of the world's greatest leaders in 2017.

I was an Exxon-funded climate scientist

I was an Exxon-funded climate scientist