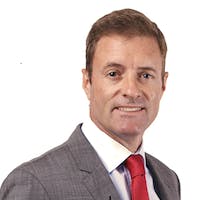 Tim has worked as a writer, marketer and researcher in Asia since 1992 with organisations such as the Economist Intelligence Unit and Ipsos Business Consulting. During this time he has consulted for public and private sector organisations in areas such as growth strategies, market sizing, expansion in emerging markets, channel strategies, commercial due diligence and impact assessments.

He has authored research papers and articles on topics such as flood controls in Southeast Asia, construction in Singapore, Asean’s air-conditioning challenge, transitioning to a low carbon economy, managing the energy mix, the future of education, the impact of the millennial generation and the Asean Economic Community. His opinion pieces and articles have been published in The Business Times, The Straits Times and Today as well as other publications. He is also a regular speaker and conference moderator for industry and client events. As a Registered Management Consultant with the Institute of Management Consultants in Singapore, Tim is qualified to take on consulting projects for local companies applying for government support.

Prior to this, Tim saw active service in the Middle East as an officer in the British Army and has campaign medals for service with the UN Peacekeeping Force in Cyprus and coalition forces in Operation Desert Storm. He has an MBA from Henley Business School.

In his spare time, he enjoys racing and cruising his sailboat around Southeast Asia's islands with his family and cleaning plastic debris from beaches and reefs.

'Findicators' track the path to Finland’s progress on the SDGs

'Findicators' track the path to Finland’s progress on the SDGs

Putting a price on gender equality

Putting a price on gender equality