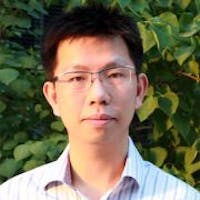 Working with the International Climate Action Initiative of WRI’s Global Climate Program, Ranping serves as the global focal point across WRI for work on Intended Nationally Determined Contributions (INDCs) and developing country actions. He engages with and coordinates teams across WRI on the full range of issues addressed in INDCs, including mitigation, adaptation and finance. He also coordinates with in-country climate team leads in WRI’s country offices and supports them on the development and implementation of climate strategies in developing countries. From 2012 to 2015, Ranping served as the Team Lead for China Climate Program, where he led the development and implementation of climate strategy in China. Before then, he served as an Associate and Program Manager for the GHG Protocol in China.

Prior to joining WRI, Ranping was the China Campaign Manager for The Climate Group in Beijing. There he worked to engage companies and government agencies to promote climate friendly products in order to reduce carbon footprints. Before then, he worked for the United Nations Development Group in New York.

Ranping has a Master’s degree in Public Administration from New York University Wagner School of Public Service and a Bachelor’s degree in Law from Lanzhou University.