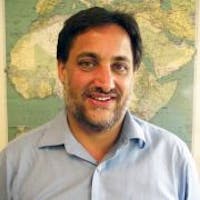 David Waskow is the Director of WRI’s International Climate Initiative. The Initiative is focused on international cooperation that catalyzes and supports action on climate change at the national level in developed and developing countries. The initiative includes work on the elements of a 2015 international climate agreement and the Climate Justice Dialogue, addressing issues of climate impacts and equity.

David has worked for many years at the intersection of environmental and development issues. Prior to WRI, David directed climate change policy at the development organization Oxfam America, where much of his work focused on the impacts of climate change on vulnerable communities. While at Oxfam, he addressed a wide range of climate finance issues, including increasing financial resources, the development of effective, responsive finance institutions, and the participation of local communities in directing the use of finance on the ground. At Oxfam, he also directed policy work on climate adaptation and resilience strategies, including food security and agriculture issues and the role of the private sector in climate resilience.

Prior to joining Oxfam, Waskow served as the international program director for Friends of the Earth, where his role included overseeing the organization's work on the environmental dimensions of trade policy and international financial institutions. In addition to his international experience, he has worked on domestic issues ranging from low-income housing to garment industry labor conditions.

He has testified before Congress on responses to climate change and on trade issues, and he is frequently a go-to source on climate change financing for the media, from The Washington Post to The New York Times.