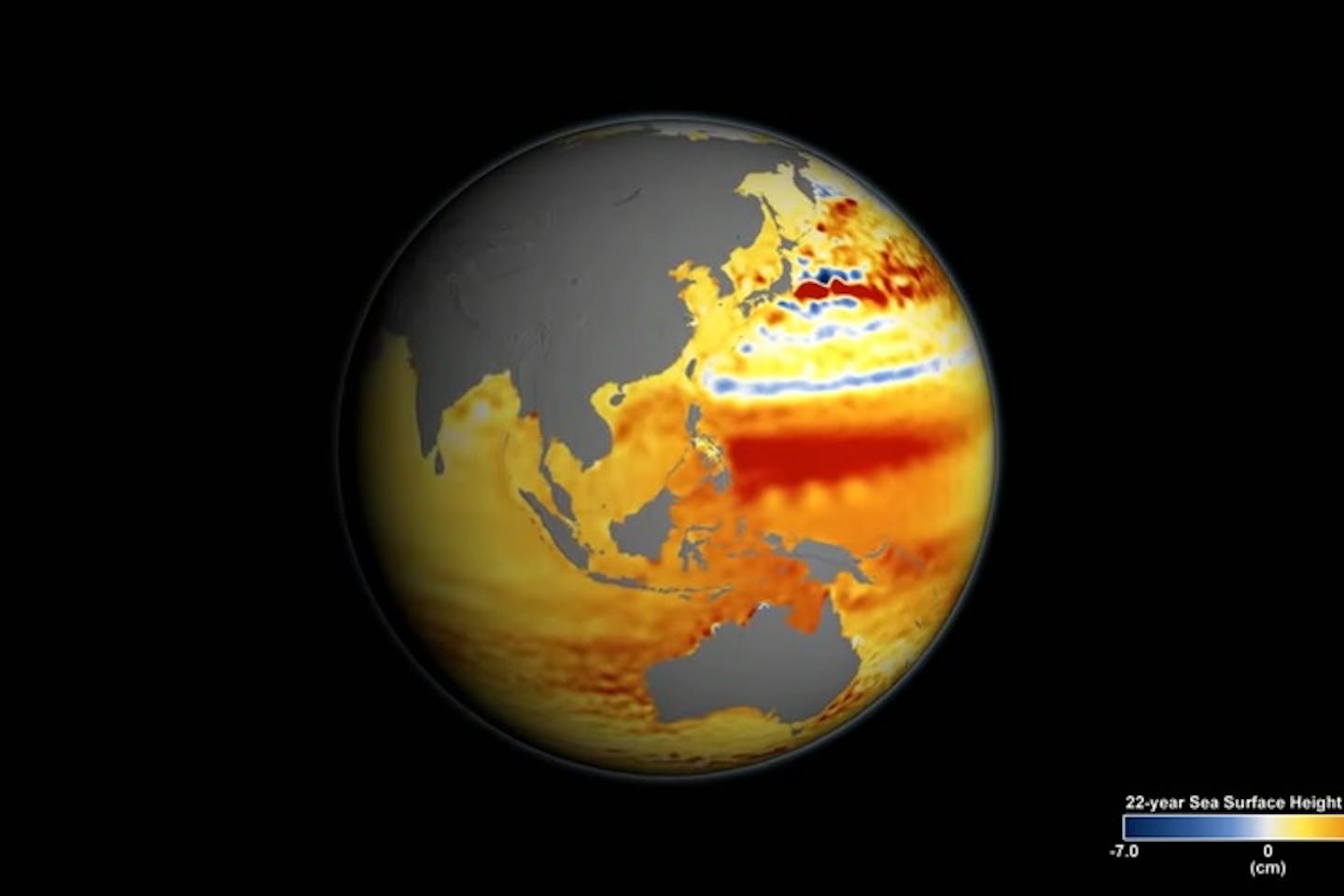 NASA shows in this visualisation the total sea level change between the beginning of 1993 and the end of 2014, based on data collected from the TOPEX/Poisedon, Jason-1, and Jason-2 satellites. Video: NASA
Down to Earth
Monday 31 August 2015

The world’s oceans are set to rise by at least three feet in the future, a research based on NASA observations has revealed. NASA’s satellite data shows that seas around the world have risen by an average of three inches since 1992.

“Given what we know now about how the ocean expands as it warms and how ice sheets and glaciers are adding water to the seas, it’s pretty certain we are locked into at least 3 feet of sea level rise, and probably more,” said Steve Nerem of the University of Colorado, Boulder, and lead of NASA’s Sea Level Change Team in an official release. “But we don’t know whether it will happen within a century or somewhat longer.”

In 2013, an assessment by the Intergovernmental Panel on Climate Change had estimated that global sea levels would rise by one to three feet by the end of the century.

Scientists attribute the rise in sea levels to expansion of warmer ocean water, ice loss from the Greenland and Antarctic ice sheets and melting mountain glaciers. The melting of polar ice sheets has the potential to accelerate this rise in levels, scientists say.

“We’ve seen from the paleoclimate record that sea level rise of as much as 10 feet in a century or two is possible, if the ice sheets fall apart rapidly,” said Tom Wagner, the cryosphere programme scientist at NASA Headquarters in Washington in an official release.

“We’re seeing evidence that the ice sheets are waking up, but we need to understand them better before we can say we’re in a new era of rapid ice loss.”