Families, not only forests, suffer from haze

Greenpeace International launches a new documentary revealing how local Indonesian families suffer at the hands of firms with a relentless pursuit for palm oil. 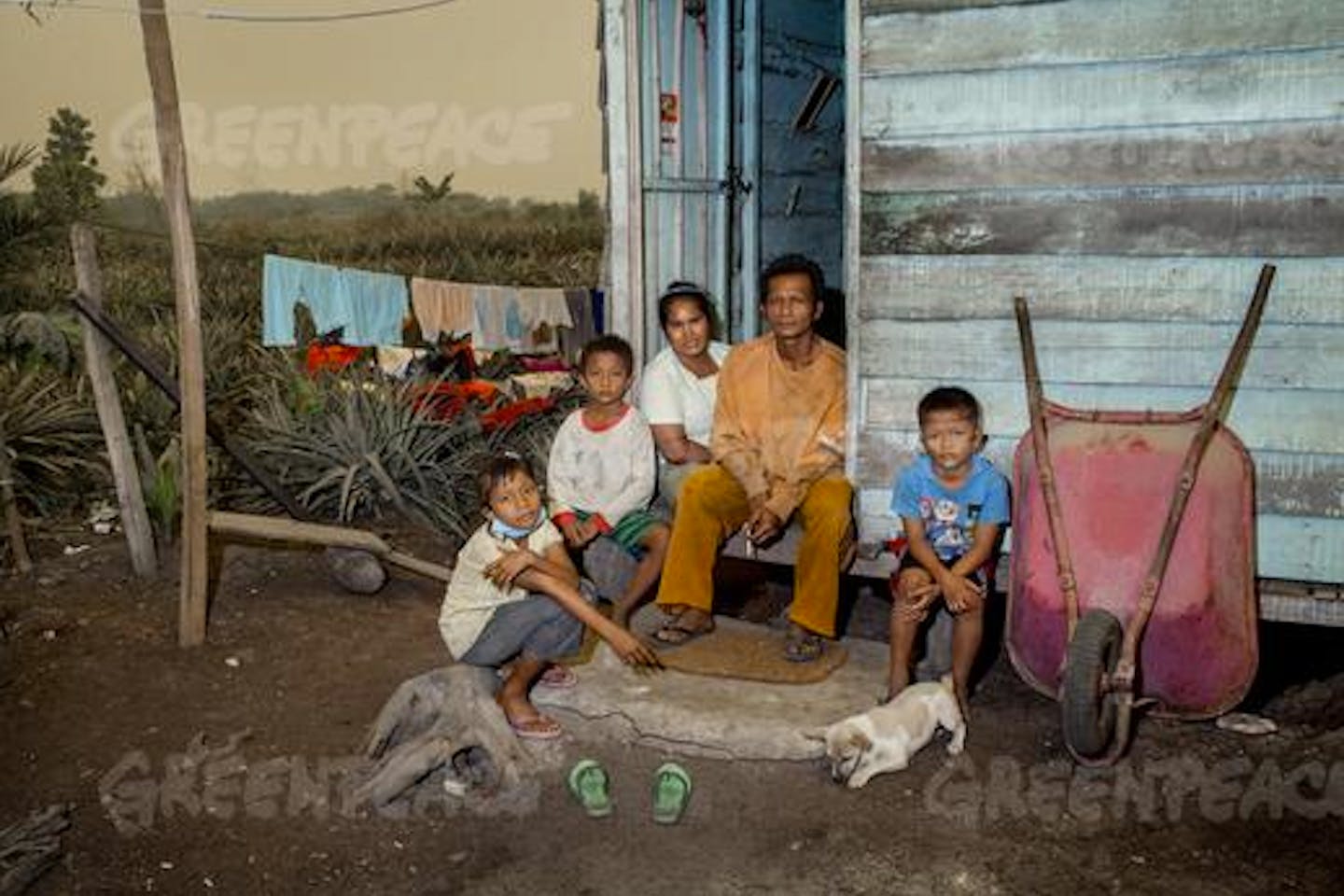 Greenpeace International on Wednesday released new evidence on what it calls the “Haze Wave” in the region, including a short documentary that reveals the effects it has on local farming families in Indonesia.

This haze is caused by the burning of forests, especially peatlands, in Indonesia and has plagued the region for a decade despite attempts by governments, companies and civic societies to address the root causes.

This seven-minute video called ‘Forest Fire Families’, recorded mainly in Bahasa, captures the tales recounted by locals on how the burning of forests forced their families to abandon their homes and livelihood. Greenpeace recently revisited these families who were victims of the haze crisis last year which blanketed Indonesia, Malaysia and Singapore in thick smoke for weeks.

Laskar Harianja, a villager whose farm burnt down, said: “Before when the forest was still intact, the soil could conserve water and protect the peat. Now the fires burn much deeper, and much faster. When the fire came, my three children and I tried to extinguish it [but] we lost everything.”

According to the environmental NGO, new mapping analysis shows that fires are five times more likely to occur on peatland, while 75 per cent of peat fires are located in Riau province alone, which explains why nearby parts of Sumatra, Singapore and Malaysia usually bear the brunt of the haze.

Indonesia has a moratorium on clearing primary forests and peatlands and proactive cloud seeding and Singapore is set to finalise its Transboundary Haze Law which will criminalise firms that cause the burning. Despite these moves, and a series of ‘No Deforestation’ policies from key companies as Procter and Gamble and Wilmar International, the haze is expected to be worse than last year.

This is due to fires resulting from prevailing drought conditions which will possibly be exacerbated by an El Niño year, said Greenpeace in a new briefing document called “Sumatra: Going up in smoke“.

Yuyun Indradi, forest campaigner at Greenpeace Southeast Asia, said: “[President Susilo Bambang Yudhoyono] is keen to tout a “green” economic transition, and the moratorium was a step in the right direction, but little has been done since. We urge SBY to issue a strong regulation that protects all peatlands before his term is up, and help diffuse what is quickly becoming a carbon time bomb.”

Fires, whether from illegal clearing of forests or accidental burning due to the drought, contributes to air pollution that is harmful to human health, particularly of those living in neighbouring villages, noted the NGO.

Deaths primarily associated to long-term seasonal exposure to smoke particles can increase during El Niño periods, such as up to nearly 300,000 deaths during the last El Niño phenomenon in the region in 1997 to 1998, Greenpeace pointed out.