Indonesia has made significant progress in fighting the fires caused by slash-and-burn forestry that choke Southeast Asia annually with toxic air pollution. Eco-Business spoke to the chair of Indonesia's Investment Coordinating Board (BKPM) about what it will take to put the fires out permanently. 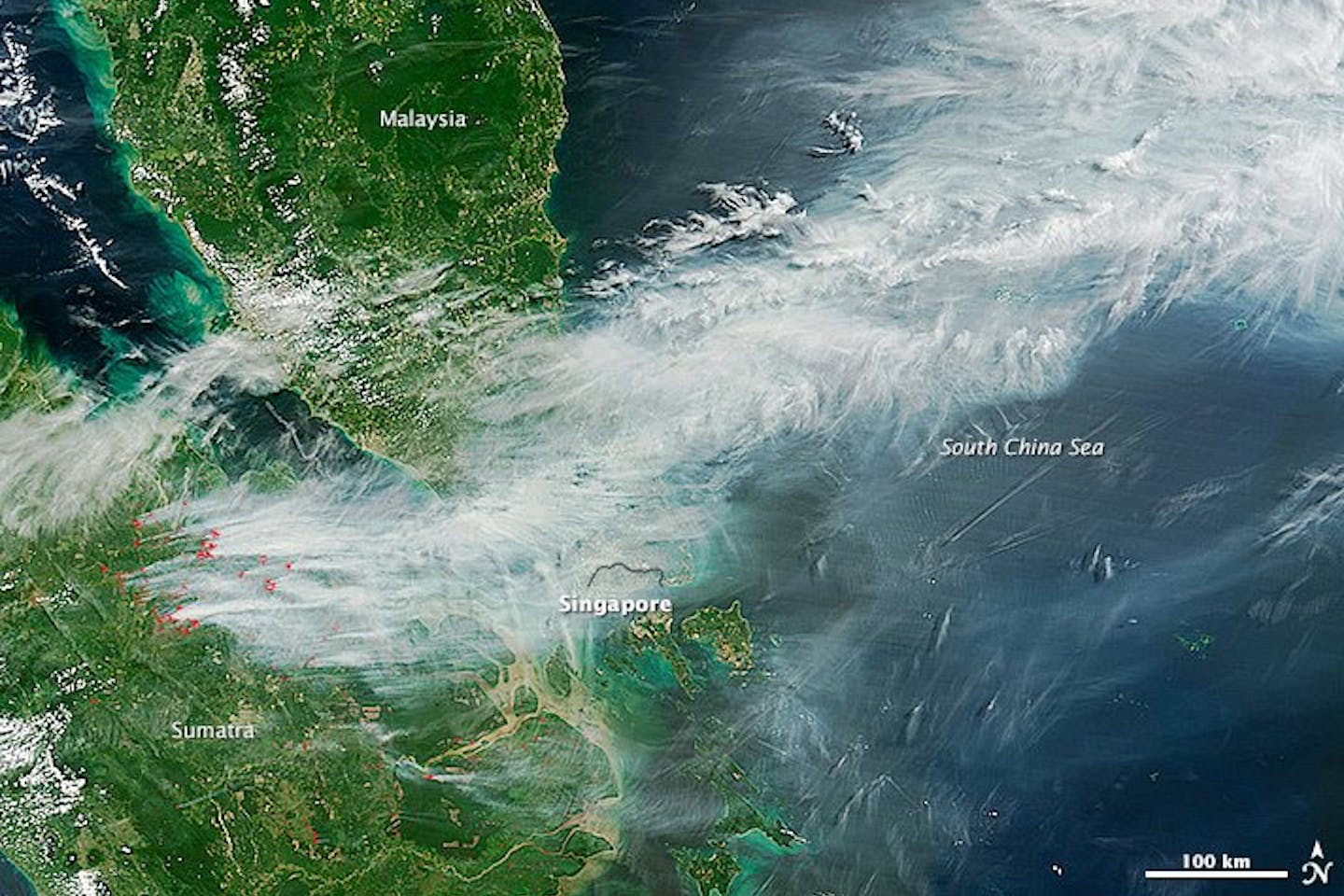 Indonesia has promised its Southeast Asian neighbours that they will not have to suffer the choking haze caused by forest fires this year. But this is not a problem the country can solve overnight, said Indonesia’s former trade minister Thomas Lembong at a recent event in Singapore.

Speaking to Eco-Business at the Ecosperity conference on June 5, the former private equity executive who was appointed to run Indonesia’s Investment Coordinating Board (BKPM) less than a year ago, said that solving one of the region’s most complex socio-environmental issues will require not only political leadership, but “societal leadership” to create a greater emotional connection between Indonesia’s land and its people.

Though the haze has yet to reappear with any force in 2017, a return of El Niño, a dangerously dry weather phenomenon, is expected to materialise in the coming months, threatening a repeat of the devastating blazes of 2015 that caused US$16 billion in damage to Indonesia’s economy.

Harvard-educated Lembong says that only when Indonesians have developed a sense of pride in stopping the forest fires, will the culture of land burning end.

In another video interview, Lembong said that Southeast Asia’s most populous country has made notable progress in tackling the problem, which has plagued Indonesia and its neighbours for the better part of two decades.

Three policies have underpinned Indonesia’s success: A moratorium on converting any more of Indonesia’s already ravaged forests to make way for plantations, a ban that was extended by President Joko “Jokowi” Widodo last month; the launch of the Peatland Restoration Agency in January 2016, tasked with restoring about 2 million hectares of carbon-rich peatland; and the country’s long-awaited agrarian reform programme, which aims to properly divide up the archipelago’s vast territory to bring an end to long-running land disputes.

Lembong said that the agrarian reform is not a plan to take power from Indonesia’s big agroforestry companies and give it to smallholders (or “taking from the rich and giving it to the poor”), rather it is a plan to fairly distribute Indonesia’s vast natural resources. BKPM was recently in the news for approving a plan to increase the capacity of a controversial new pulp mill owned by Asia Pulp & Paper, a firm that was heavily linked with the fires of 2015.