The World Meteorological Organisation has released the first of a series of videos that predict what weather reports will be like in 2050. 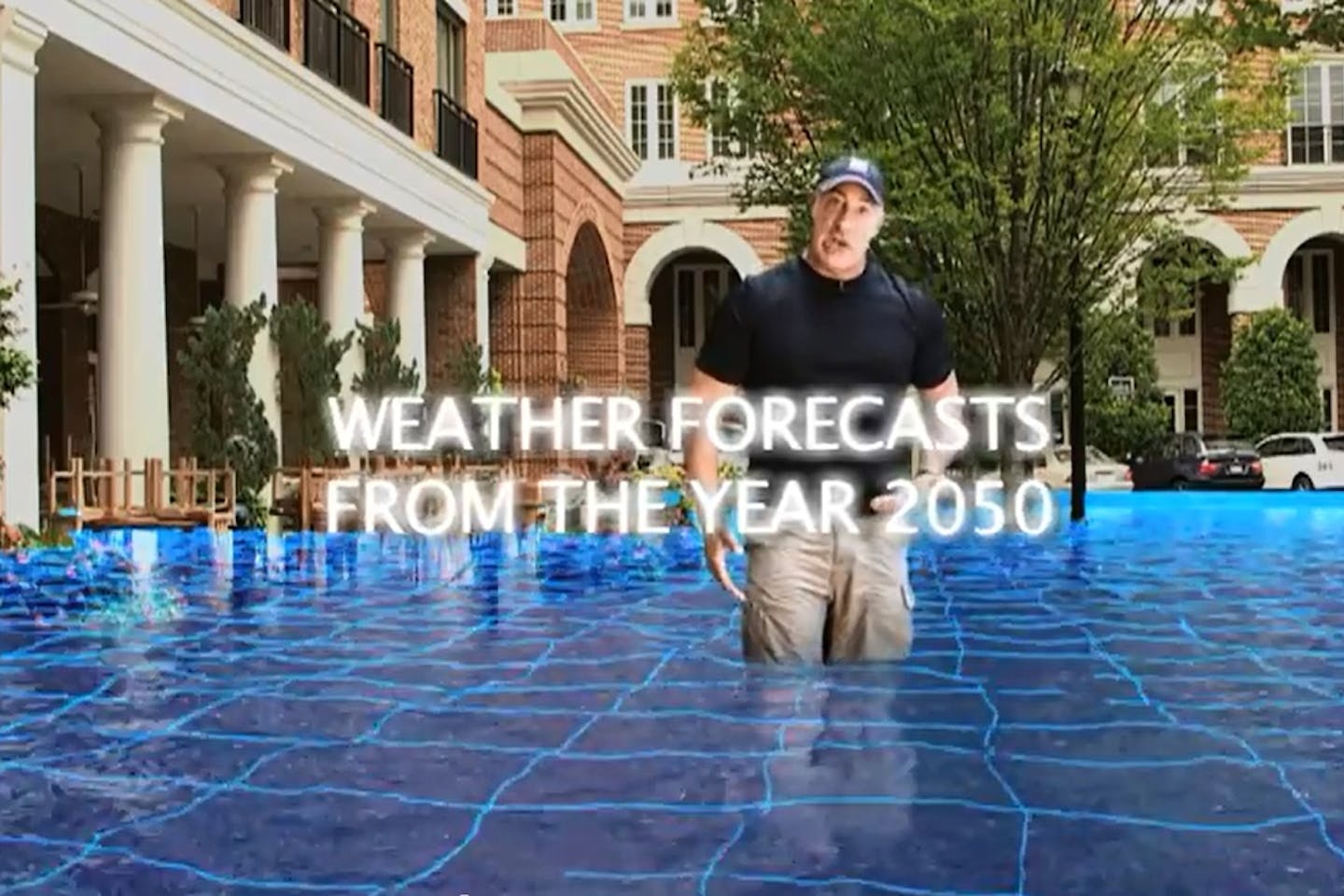 Imaginary television weather forecasts predicted floods, storms and searing heat from Arizona to Zambia within four decades, as part of a United Nations campaign on Monday to draw attention to a UN summit this month on fighting global warming.

“Miami South Beach is under water,” one forecaster says in a first edition of “weather reports from the future”, a series set in 2050 and produced by companies including Japan’s NHK, the US Weather Channel and ARD in Germany.

The UN’s World Meteorological Organization (WMO), which invited well-known television presenters to make videos to be issued before a UN summit on Sept. 23, said the scenarios were “imaginary but realistic” for a warming world.

A Zambian forecaster, for instance, describes a severe heatwave and an American presenter says: “the mega-drought in Arizona has claimed another casualty”.

Some, however, show extreme change. One Bulgarian presenter shows a red map with temperatures of 50 degrees C (122 Fahrenheit) - far above the temperature record for the country of 45.2C (113F) recorded in 1916.

Ban has asked world leaders to make “bold pledges” to fight climate change at the meeting in New York. The summit is meant as a step towards a deal by almost 200 nations, due by the end of 2015, to slow global warming.

A UN report last year concluded that it is at least 95 per cent probable that human activities, rather than natural variations in the climate, are the main cause of global warming since 1950.

A 2011 survey by George Mason University, however, found that TV meteorologists were less likely than most climate scientists to reckon that human activity is the main cause of warming.