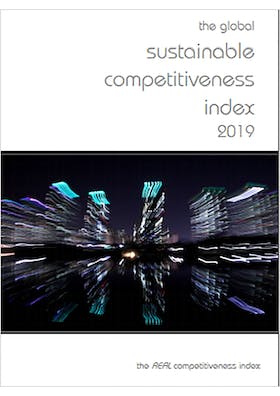 The Global Sustainable Competitiveness Index (GSCI) is based on quantitative indicators grouped in 5 pillars that define the competitiveness of a nation: natural capital, resource intensity, social capital, intellectual capital, and governance.

All indicators are measured as-is (latest available data) as well as the development over the most recent 10 years. The GSCI therefore is a much more inclusive and comprehensive measurement that conventional measurements, such as the GDP.