Powering Asean's Growth: Trends that will impact the way Asean uses power to 2020 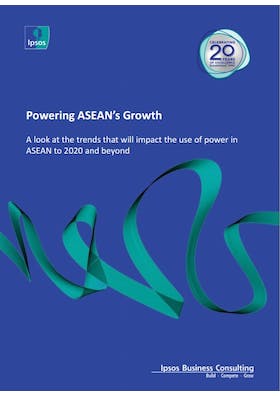 The Asean countries are at very different stages of economic growth. Members include a fully developed city state with nearly full national electricity coverage as well as several agrarian economies such as Cambodia and Myanmar whose citizens have limited or partial access to electricity and many of whom rely on biofuel from the surrounding countryside.

As the Asean economies continue to grow, it seems likely that consumption rates of energy and hence, fossil fuels will soar, creating further strains on overloaded grids and further pollution in the skies and waterways.

New technologies could help to avert this disastrous scenario. Just as a combination of oil extraction technologies known as “fracking” is helping the USA’s energy needs, other new technologies are poised to change the way the world extracts, develops, distributes and consumes electricity.

The Asean group, as with other global economic groups, will forge its energy programs not just on a regional level but on a national, state, village and individual level in the future.

The member states will be assisted in their journey by examples of best (and worst) practices of their neighbours and other suitable examples from around the world, as well as by the new technologies that will become available.

Asean’s energy will continue to get delivered along traditional routes from the fossil fuel plant operated by the national utility companies to the end consumer. But the future will also offer alternative decentralized power sources, which will be the biggest equalizer in bringing electricity to rural communities.